The document Chapter Notes - Agriculture Class 10 Notes | EduRev is a part of the Class 10 Course Social Studies (SST) Class 10.
All you need of Class 10 at this link: Class 10

Introduction• India is an agriculturally important country as two-thirds of its population is engaged in agricultural activities.Types of Farming• There are various types of farming systems in different parts of India are:→ Primitive Subsistence Farming: It is a ‘slash and burn’ agriculture. It is done with the help of primitive tools like hoe, dao and digging sticks, and family/community labour. The farming depends upon monsoon, natural fertility of the soil and suitability of other environmental conditions to the crops grown. 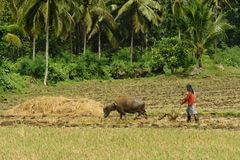 → Intensive Subsistence Farming: This type of farming is labour-intensive farming, where high doses of biochemical inputs and irrigation are used for obtaining higher production.This method is commonly done where less land holding is available.

→ Commercial Farming: This type of farming is done using higher doses of modern inputs, e.g. high yielding variety (HYV) seeds, chemical fertilisers, insecticides and pesticides in order to obtain higher productivity.• Plantation is also a type of commercial farming.→ In this type of farming, a single crop is grown on a large area. 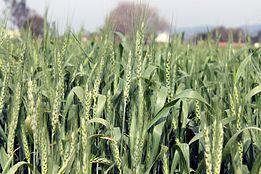 → Kharif - Kharif crops are grown with the onset of monsoon in different parts of the country and these are harvested in September-October. Important crops grown during this season are paddy, maize, jowar, bajra, tur (arhar), moong, urad, cotton, jute, groundnut and soyabean. 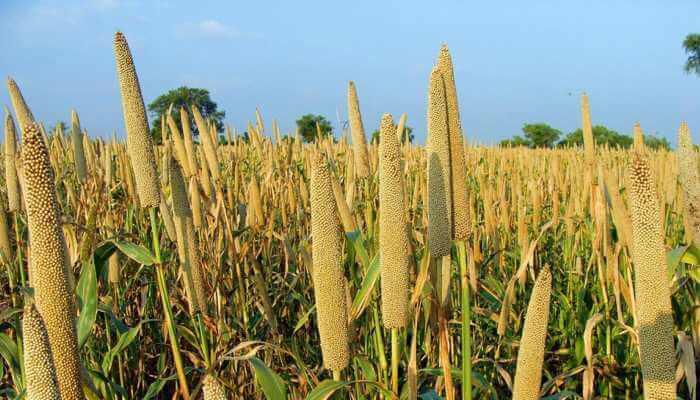 → Zaid - In between the rabi and the kharif seasons, there is a short season during the summer months known as the Zaid season. Important crops grown are watermelon, muskmelon, cucumber, vegetables and fodder crops. 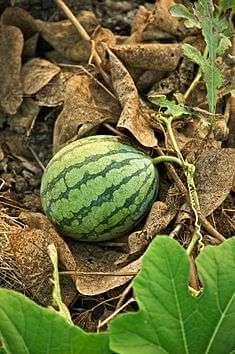 Major Crops• Major crops grown in India are rice, wheat, millets, pulses, tea, coffee, sugarcane, oil seeds, cotton and jute, etc.• Rice:→ Staple food crop→ Our country is the second largest producer of rice in the world after China.→ It is a kharif crop which requires high temperature, (above 25°C) and high humidity with annual rainfall above 100 cm.→ It is grown in the plains of north and north-eastern India, coastal areas and the deltaic regions.• Wheat:→ The second most important cereal crop.→ It is the main food crop, in north and north-western part of the country.→ This rabi crop requires a cool growing season with 50 to 75 cm of annual rainfall and a bright sunshine at the time of ripening.→ Wheat growing regions are the Ganga-Satluj plains in the north- west and black soil region of the Deccan.• Millets:→ Jowar, bajra and ragi are the important millets grown in India.→ These have very high nutritional value. Fig: A Pearl Millet ( Bajra)• Pulses:→ India is the largest producer as well as the consumer of pulses in the world.→ Major source of protein in a vegetarian diet.→ These need less moisture and survive even in dry conditions.→ Major producing states in India are Madhya Pradesh, Uttar Pradesh, Rajasthan, Maharashtra and Karnataka.Food Crops other than Grains• Sugarcane:→ It is a tropical as well as a subtropical crop.→ It grows well in hot and humid climate with a temperature of 21°C to 27°C and an annual rainfall between 75 cm. and 100 cm.→ Major producing states are Uttar Pradesh, Maharashtra, Karnataka, Tamil Nadu, Andhra Pradesh, Bihar, Punjab and Haryana.• Oil Seeds:→ The oil seeds covers approximately 12 percent of the total cropped area of the country.→ These are used as cooking mediums as well as used as raw material in the production of soap, cosmetics and ointments. 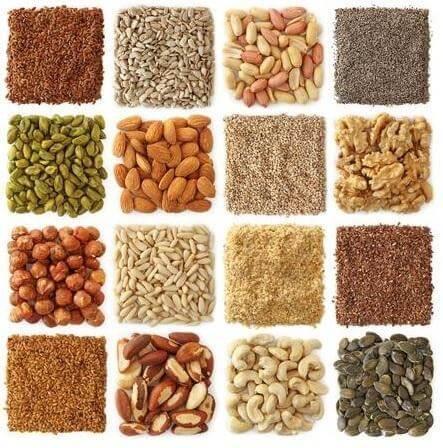 Fig: Different Oil seeds• Tea:→ Tea cultivation is an example of plantation agriculture.→ It is an important beverage crop introduced in India initially by the British.→ It requires warm and moist frost-free climate with frequent showers all through the year.→ Major producing states are Assam, hills of Darjeeling and Jalpaiguri districts, West Bengal, Tamil Nadu and Kerala.• Coffee:→ Indian coffee is known in the world for its good quality.→ Its cultivation is confined to the Nilgiri in Karnataka, Kerala and Tamil Nadu.• Horticulture Crops:→ India is a producer of tropical as well as temperate fruits.→ India produces about 13 percent of the world’s vegetables. Non-Food Crops• Rubber: → It is an equatorial crop, but under special conditions, it is also grown in tropical and sub-tropical areas.→ It requires moist and humid climate with rainfall of more than 200 cm. and temperature above 25°C.→ It is mainly grown in Kerala, Tamil Nadu, Karnataka and Andaman and Nicobar islands and Garo hills of Meghalaya. 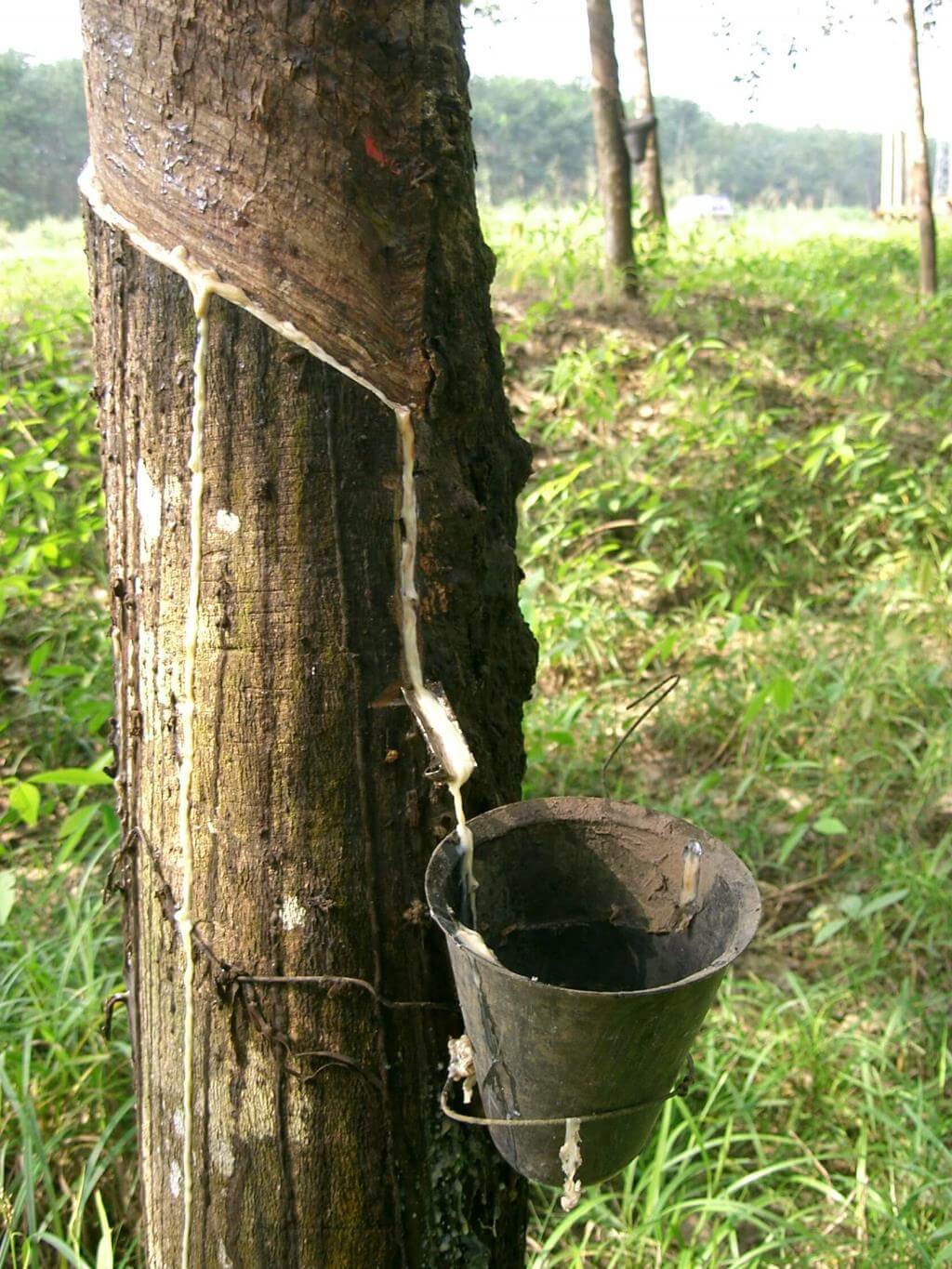 • Fibre Crops:→ Cotton, jute, hemp and natural silk are the four major fibre crops grown in India.→ Rearing of silk worms for the production of silk fibre is known as sericulture. 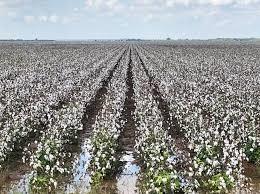 • Jute:→ It grows well on well-drained fertile soils in the flood plains where soils are renewed every year.→ Major jute-producing states West Bengal, Bihar, Assam, Odisha and Meghalaya.→ It is used in making gunny bags, mats, ropes, yarn, carpets and other artefacts. 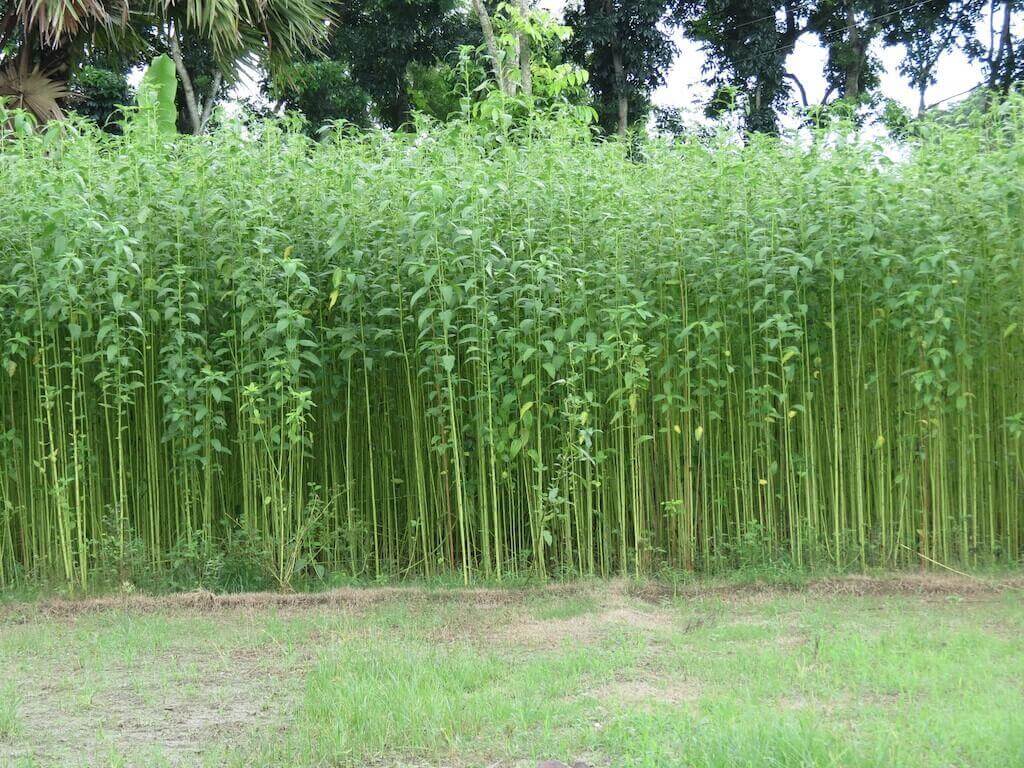 Technological and Institutional Reforms• More than 60 percent of India's population depends on agriculture.• After independence, major institutional reforms such as Collectivisation, consolidation of holdings, cooperation and abolition of zamindari, etc. were given priority.• In 1960s and 1970s, technical reforms such as Green Revolution and White Revolution also introduced to improved the condition of agriculture.• In 1980s and 1990s, various provisions for crop insurance, establishment of Grameen banks, cooperative societies and banks for providing loan facilities to the farmers at lower rates of interest.• Kissan Credit Card (KCC), Personal Accident Insurance Scheme (PAIS) are some other schemes introduced by the Government of India for the benefit of the farmers.• Special weather bulletins and agricultural programmes for farmers were introduced on the radio and television.• Minimum support price, remunerative and procurement prices for important crops to check the exploitation of farmers by speculators and middlemen.Contribution of agriculture to the national economy, employment and output• In 2010-11 about 52 percent of the total workforce of India was employed by the farm sector.• India's GDP growth rate is increasing over the years but it is not generating sufficient employment opportunities in the country.Food Security• The government designed national food security system to ensure the food security to every citizen:→ It consists of two components(a) buffer stock and(b) public distribution system (PDS)• Food Corporation of India (FCI) is responsible for procuring and stocking foodgrains, whereas distribution is ensured by public distribution system (PDS).• PDS is a programme which provides food grains and other essential commodities at subsidised prices in rural and urban areas.• The primary objective of national food security are:→ Ensure availability of foodgrains to the common people at an affordable price.→ The poor should have access to food.→ Growth in agriculture production→ Fixing the support price for procurement of wheat and rice, to maintain their stocks.Impact of Globalisation on Agriculture• Globalisation is present at the time of colonisation.→ During the British period, cotton was exported to Britain as a raw material for their textile industries.• After 1990, the farmers in India have been exposed to new challenges under globalisation.→ The agricultural products of India are not able to compete with the developed countries because of the highly subsidised agriculture in those countries.• Genetic engineering is revolutionising the agricultural production now a days.• Organic farming is also in fashion these days because it is practised without factory made chemicals such as fertilisers and pesticides. Hence, it does not affect environment in a negative manner.• Indian farmers should diversify their cropping pattern from cereals to high-value crops which will increase incomes and reduce environmental degradation simultaneously.