• The Indian society was divided on the basis varnas. During the medieval period, the gap between the rich and poor increased.

• There were, however, several communities which did not follow rules laid down by the Brahmins. These included the tribes, nomads and settled communities. 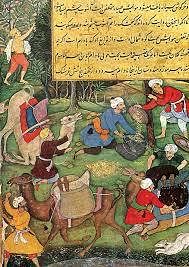 (i) Tribes are people who do not follow norms laid down by society.

(ii) Most of the tribes were dependent on agriculture. Others were herders or hunter-gatherers.

(iii) Tribers were even nomadic and moved from one place to another.

(iv) There were even clashes between tribes and powerful caste-based societies.

(v) Contemporary historians and travelers from medieval India hardly give any information about the tribes.

(vi) Some of the powerful tribes were Khokhar tribe in Punjab; Languages and Arghuns in Multan; Gaddis in the Himalayas; Kolis and Beads of Gujarat; Gonds of Chhattisgarh, Bhil tribe in Central India, etc.

(i) The pastoral nomads moved from one place to another with their herd of animals.

(iii) The most important trader nomads were Banjaras. Their caravan was called ‘tanda’. Sultan Alauddin Khalji used Banjaras to move grain to the city markets. 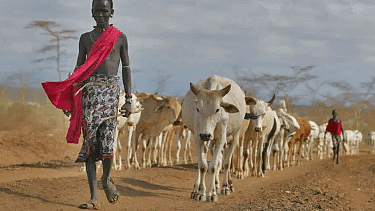 Changes in Caste Structure of India:

(i) In the fields of trade and agriculture, there emerged a multi-caste population in many villages on account of the spread of Islam.

(iv) With the growth of the economy, new jatis and varnas emerged.

(i) Gonds were sometimes referred to by their tribal dialect, Gondi. They practice shifting cultivation.

(iii) The Gond kingdom is Gondwana in southeastern Madhya Pradesh was found in the 15th century. 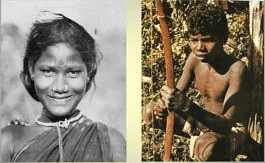 (i) The Ahom tribe is traced to some tribes living in south-east Asia who had travelled overland through the forests of Assam.

(ii) The religion and culture of Assam is a fusion of the local traditions and of migrant tribes.

(iii) The Ahoms belonged to a warrior class and built roads and irrigation system even before establishing their rule.

(iv) The Ahoms formed the new kingdom by suppressing the older political system of Bhuiyans.