MEANING OF MONEY:  Money is anything which is generally accepted as medium of exchange, measure of value, store of value and as means of standard of deferred payment.

FUNCTIONS OF MONEY:  Functions of money can be classified into Primary and Secondary 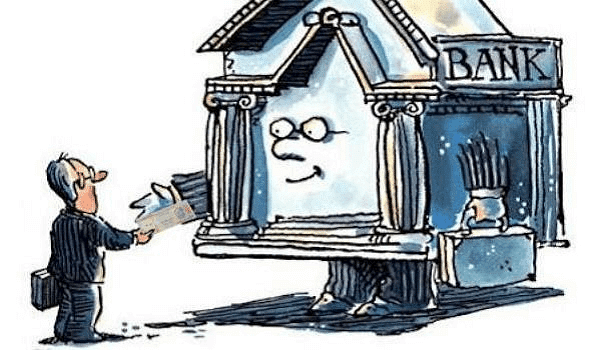 MONEY HAS OVERCOME THE DRAW BACKS OF BARTER SYSTEM:

HIGH POWERED MONEY:
Refers to, currency with the public (notes +coins) and cash reserve of banks.

MONEY CREATION/DEPOSIT CREATION/CREDIT CREATION BY COMMERCIAL BANK
Let us understand the process of credit creation with the following example.
Suppose there is an initial deposit of Rs. 1000 and L.R.R. is 20% i.e., the banks have to keep Rs. 200 and lend Rs. 800/-.  All the transactions are routed through banks.  The borrower withdraws his Rs. 800/- for making payments which are routed through banks in the form of deposits account.
The Bank receives Rs. 800/- as deposit and keeps 20% of Rs.800/- i.e., Rs.160/- and lends Rs.640/- .  Again the borrower uses this for payment which flows back into the banks thereby increasing the flow of deposits. 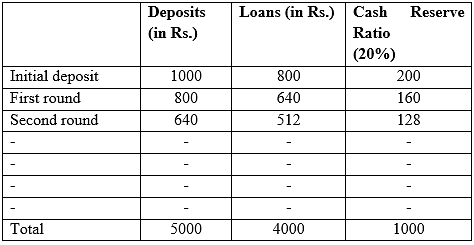 Why only a fraction of deposits is kept as Cash Reserve?

MEANING:  An apex body that controls, operates, regulates and directs the entire banking and monetary structure of the country.

Cash Reserve Ratio (CRR):  It refers to the minimum percentage of net demand and time liabilities to be kept by commercial banks with central bank.
Reserve Bank increases CRR during inflation and decreases the same during deflation

Statutory Liquidity Ratio (SLR):  It refers to minimum percentage of net demand and time liabilities which commercial banks required to maintain with themselves.
SLR is increased during inflation or excess demand and decreased during deflation or deficient demand.