Diversity is defined as the condition of having many different elements together in a classroom, organization, institution, country, world etc.

How easy is it to make friends with someone who is very different?

Can Friends be from Different class or background?(i) Nothing stops people from different backgrounds from becoming friends.  (ii) Right to Education (RTE) has made provision for poor family children to study in public schools. This reduces diversity.Example of Sameer Ek and Sameer Do:

What does Diversity add to our Lives?

One thing that is unique about diversity is that it teaches us to live and adjust ourselves in a broad society.

Try yourself:Feeling of togetherness or oneness towards one's own country is called ____________.
Explanation

Feeling of togetherness or oneness towards one’s own country is called 'National Integration'. India is a diverse country with many languages, religions, castes, creed, etc., but there is a feeling of oneness among people.

India is the land of many diversities include different languages, various types of food, different festivals, different religions, and so on. At the same time, there are also many things that are similar.

How do we Explain Diversity?

Various cultural influences help to shape life and culture in some regions that become very diverse because of their unique histories.

Table: Comparison of Ladakh and Kerala 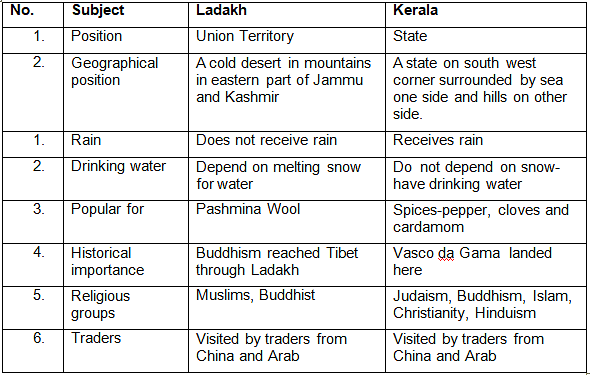 India is a land where unity and diversity go hand in hand. 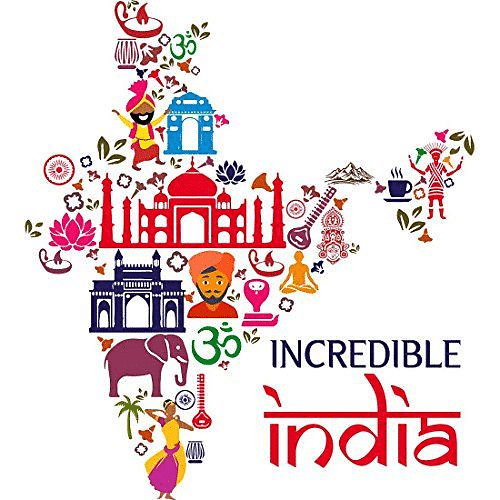 Q.1. What does diversity add to our lives?

Ans: Diversity is dissimilarities in the way of our lives. It is observed in religious functions, in festivals, in language, etc. One thing that is unique about diversity is that it teaches us to live and adjust ourselves in broad society. Our Constitution believes in respect to all human beings in a similar way. Diversity makes us tolerant and just. We know how to behave with other people belonging to different caste, creed, or culture.

Q.2. How do history and geography tie the cultural life of a region? Explain giving examples of Kerala and Ladakh.

Ans: Kerala and Ladakh are quite different in terms of their geographical features. It was the geography of Kerala which made the possibility of spice cultivation there. So far Ladakh is concerned, its special location flourished the business of wool collection among the Ladakhi people. The people of Ladakh carefully collect the wool of the sheep and sell it to the traders from Kashmir. The history of both regions had been affected by similar cultural influences. Both the regions were influenced by Chinese and Arab traders. Thus, we can stay history and geography are often tied to the cultural life of a region.

Q.3. What is the Diversity of India?

Ans: Indian is an amalgamation of 29 states and 7 union territories which is augmented by the islands like Andaman and Nicobar Islands and the Lakshadweep. India is one of the vast countries with extraordinary characteristics and diversity in terms of its geographical, linguistic, religious, and social-cultural features, etc.