The document Chemical Properties of Carbon & its Compounds, Combustion and Oxidation Reactions Class 10 Notes | EduRev is a part of the Class 10 Course Science Class 10.
All you need of Class 10 at this link: Class 10

Chemical Properties of Carbon compound:All carbon compounds show some common characteristic properties. As most of the fuels we use are either carbon or its compounds. Some properties are described here:

Combustion:Combustion is a chemical process in which carbon compounds on burning produce heat and light (in the form of flame)

Combustion of some common substances: Combustion of Carbon: Carbon (or charcoal) burn in air or oxygen to give CO2 producing heat and light. 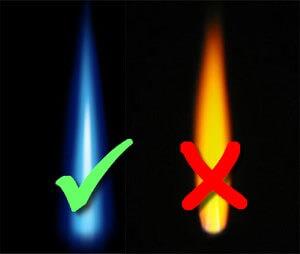 Ethanol oxygen (in air)Activity: To observe the combustion of given organic compounds.Materials: Benzene, naphthalene, Camphor, alcohol (ethanol). Spirit, acetone.Procedure:1. Take each compound on iron spatula and burn them in bunsen burner.2. Record the type of flame produced.3. Put a metal plate above the flame and observe whether or not there is black carbon deposition.

Conclusion:Benzene, naphthalene, camphor burn with smoky flame and carbon particles get deposited. They undergo incomplete combustion due to excess of carbon content.

Combustion and the nature of flame:(i) Saturated hydrocarbons such as, methane, ethane, propane, butane and natural gas and LPG burn with a blue flame in the presence of sufficient / excess of air / oxygen.

(ii) In the presence of limited amount of air / oxygen, saturated hydrocarbons such as methane, butane. etc give smoky flame. (iv) The gas / kerosene stove used at home has inlets for air so that a sufficiently oxygen rich mixture is burnt to give a clean blue flame. If you carefully observe the bottoms of vessels getting blackened, it is a clear indication that the air holes are blocked and the fuel is getting wasted.

(v) Fuels, such as coal and petroleum, have some amount of nitrogen and sulphur in them. Combustion of coal and petroleum results in formation of oxides of sulphur and nitrogen (such as sulphur dioxide, nitric oxide, nitrogen peroxide) which are major pollutants in the environment.

Formation of Coal and Petroleum:Coal and petroleum have been formed from biomass which has been subjected to various biological and geological processes.Coal is a naturally occurring black mineral and is a mixture of free carbon and compounds of carbon containing hydrogen, oxygen, nitrogen and sulphur. It is not only a good fuel but is also a source of many organic compounds. It is found in coal mines deep under the surface of earth.Coal is believed to be formed from fossils which got buried inside the earth during earthquakes and volcanoes which occurred about 300 million years ago. Due to huge pressure and temperature inside the earth and in the absence of air, the fossil fuels (vegetable matter or wood, etc.) were converted into coal. The slow chemical processes of the conversion of wood into coal is called carbonisation. Since coal is formed by slow carbonisation of plants and fossils, it produces many important carbonisation products like peat, lignite, bituminous and anthracite etc. and is itself known as fossil fuel. Coal is also a non-renewable source of energy.

Petroleum is a complex mixture containing various hydrocarbons (compounds of carbon and hydrogen) in addition to small amounts of other organic compounds containing oxygen, nitrogen, and sulphur. It is a dark coloured, viscous and foul smelling crude oil. The name petroleum is derived from latin words : "petra" meaning rock and "oleum" meaning oil. Since petroleum is found trapped between various rocks, it is also known as rock oil. 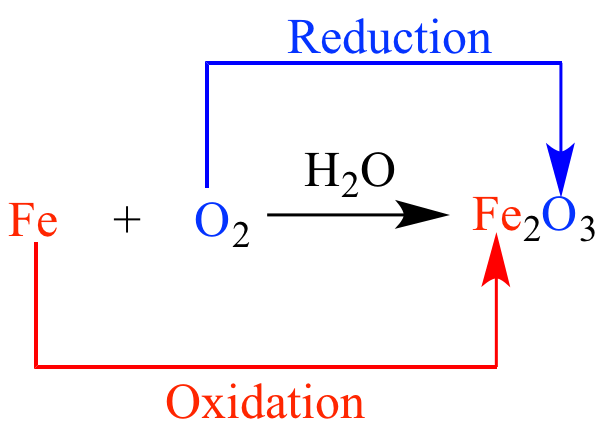 Hydrocarbon when oxidised give different products as follows :

Alcohols also give different products on oxidation depending upon the reaction conditions.