The document Chronology- Medieval History UPSC Notes | EduRev is a part of the UPSC Course History for UPSC (Civil Services) Prelims.
All you need of UPSC at this link: UPSC

Chronology (Medieval)1192-93- Capture of  Delhi by Qutab-ud-din.1194- Defeat of Gahadvala King Jaychandra of  Kanauj by the Muhammadans at the battle of Chandwar.1200- Conquest of Bihar and Bengal by the Muhammadans under Ikhti-yaruddin (popularly called Bakhtiyar Khalji).1206- Death of Shihab-ud-din Muhammad Ghuri and the accession of  Qutb-ud-din as the Sultan of Delhi.1210- Death of Qutab-ud-din.1210-11- Accession of  Iltutmish.1221- Invasion by Chingiz Khan.1228- Conquest of Kamarupa by Sukhapa, the first Ahom King.1231- Foundation of the Qutab Minar.1236- Death of Iltutmish- accession and deposition of Firuz- accession of Raziya.1240- Deposition and murder of Raziya.1246-66- Reign of Sultan Nasir-ud-din.1266-87- Reign of Ghiyas-ud-din Balban. 1290- Fall of the slave dynasty-accession of  Jalal-ud-din Khalji.

1327- Transfer of capital from Delhi to Daulatabad.

1329- Issue of copper token currency in lieu of gold.

1336- Foundation of the Kingdom of Vijayanagar.

1338-39- Establishment of independent sultanate in Bengal.

1342- Ibn Batutah started on his mission to China.

1347- Foundation of the Bahmani Kingdom. 1393- Establishment of the independent sultanate of Jaunpur.

1451- Fall of the Tughluq dynasty- accession of Bahlul Lodi.

1484- Berar seceded from the Bahmni Kingdom. 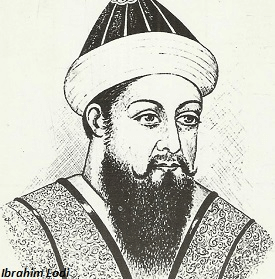 1490- Foundation of the independent  Sultanate of  Ahmadnagar.

1494- Babur ascended the throne of Farghana.

1512-18- Foundation of the independent sultanate of Golkonda.

1526- First battle of Panipat- accession of Babur to the throne of Delhi – commencement of Mughal rule in India.

1527- Battle of Khanua and defeat of Rana Sanga.

1530- Death of Krishnadeva Raya- death of Babur accession of Humayun.

1533- Capture of  Chitor by Bahadur Shah of Gujarat. 1540- Humayun was defeated at Kanauj and became a fugitive.

1555- Humayun recovered the throne of Delhi.

1556- Death of Humayan- accession of Akbar- Second  battle of Panipat.

1558- End of the Sur dynasty.1560- Fall of Bairam Khan.1561- Akbar conquered Malwa.1562- Akabar married a Princess of Amber – end of petticot government.1564- Akbar abolished the jizya, defeated Rani Durgavati and annexed her kingdom.1565- Battle of Talikota and destruction of the city of Vijayanagar.1568- Akbar captured Chitor.1569- Akbar captured  Ranthambhor and Kalanjar- berth of his son, Salim.1571- Foundation of Fatehpur Sikri.1572- Annexation of Gujarat by Akbar.1573- Surat surrendered to Akbar.1575- Battle of Tukaroi- defeat of Daud Khan by Akbar.1576- Akbar subjugated Bengal- death of  Duad Khan- battle of Haldighat or Gogunda.1577- Invasion of Khandesh by Akbar.1579- Promulgation  by Akbar of the "Infallibility Decree".1580- Rebellion in Bengal and Bihar.1581- Akbar's march against his brother Haakim and re-conciliation with  him.1582- Promulgation by Akbar of the "Din-Illahi".1586- Annexation of Kashmir by Akbar.1589- Death of Todar Mal and Bhagwan Das.1591- Conquest of Sind By Akbar.1592- Annexation of Orissa to Akbar's empire.1595- Siege of Ahamadnagar by the Mughuls- acquistion of Qandhar by Akbar annexation of Baluchistan to Mughal empire death of Faizi.1597- Death of Rana Pratap.1600- Charter to the London East India Company- Ahmadnagar stromed by the Mughals.1601- Capture of Asirgarh by Akbar.1602- Death of Abul Fazl- formation of the United East India Company of the Netherlands.1605- Death of Akbar- accession of  Jahangir.1606- Rebellion of Prince Khusrav- in vestment of Qandahar by the Persians- execution of the fifth Sikh Guru Arjan, by Jahangir's orders.1607- Qandahar relived by the Mughals- death of Sher Afgan widowed Nur Jahan brougt to the Mughal harem.1608- Recovery of Ahmadnagar by Malik Ambar.1609- Arrival of Hawkings at Agra opening of a Dutch factory at Pulicat.1611- Jahangir married Nur Jahan- Hawkings left Agra- English  factory at Masulipattam.1612- Prince Khurram married Mumtaz Mahal-English factory at Surat- annexation of Kuch Hajo to the Mughal empire.1613- Jahangir  granted a farman- to East India Company.1615- Submission of Mewar to Jahangir- arrival of Sir Thomas Roe in India.1616- Jahangir granted audiance to Roe Dutch factory at Surat.1618- Departure of Roe from the Imperial court.1619- Departure of Roe from India.1620- Mughals captured Kangra- be trothal of Prince Shahryar to Nur Jahan's daughter- revolt of Malik Ambar.1622- Death of Prince Khusrav- Qandahar captured by Presia- Rebellion of Shah Jahan.1624- Shah Jahan's rebellion suppressed.1625- Dutch factory at Chinsura.1626- Death of Malik Ambar- rebellion of Mahabat  Khan.1627- Death of Jahangir 1628- Shah Jahan proclaimed Emperor.1630- Birth of Shivaji. 1633- Extinction of the Nizam Shahi dy nasty of Ahmadnagar.

1634- Grant of  firman permitting  the English to trade in Bengal.

1636- Mughals made treaties granting respite to Bijapur and Golconda appointment of Aurangzeb as Viceroy of the Deccan.

1638- Recovery of Qandahar by the Mughal.

1639- Foundation by the English of Fort St. George at Madras.

1649- Qandahar captured again by Persia and lost by the Mughals.

1656- Annexation of Javli by Shivaji.

1657- Illness of Shah Jahan commen cement of the war of succession.

1658- Battle of Dharmat (April) and Shamugarh (May) coronation of Aurangzeb.

1659- Battles of Khajwah and Deorai execution of Dara captivity of Murad and of Shah Jahan sec and coronation of Aurangzeb death of Afzal Khan at the hands of Shivji.

1661- Cession of Bombay to the English execution of Murad Mughals captured Cooch Behar and began invasion of Assam.

1662- Mir Jumla over ran Assam and forced the Ahoms to make peace.

1663- Death of Mir Jumla appointment of Shaista Khan as governor  of Bengal.

1674- Foundation of Pondicherry as sumption of the title of  Chhatrapati by Shivaji. 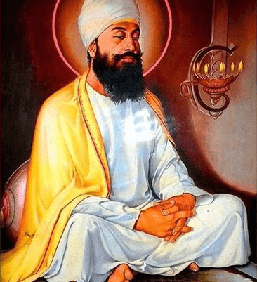 1677- Shivaji's conquests in the Carnatic.

1678- Death of Jaswant Singh occupation of Marwar by Aurangzeb's orders.

1679- Re- imposition of the jizya by Aurangzeb Aurangzeb ordered invasion of Marwar.

1686- Conquest and annexation of Bijapur by Aurangzeb.

1687- Conquest and annexation of Golconda by Aurangzeb.

1689- Execution of Shambhuji  accession of Rajaram and his retirement to Jinji.

1690- Foundation of  Calcutta by Job Charnock.

1691- Jats defeated and  subdued by the Mughals Aurangzeb at the height of  his power.

1692- Resumption of aggressive hostility by the Marathas.

1698- Foundation of new English Company trading to the East Indies acquisition by the East India Co. of zamindari of Sutanati, Kalikata  and Govindapur.

1702- Amalgamation of the English and the London East India Companies.

1706- Gujarat raided by the Marathas who sacked Baroda.

1707- Death of Aurangzeb battle of Jajau accession of Bahadur Shah.

1708- Shahu, on his return from Delhi to Poona, became the King of the Marathas death of Guru Govind Singh.

1712- Death of Bahadur shah I accession of Jahandar Shah.

1714- Balaji Viswanath Peshwa–Hussain Ali viceroy of the Deccan treaty between Hussain Ali and the Marathas.

1716- Execution of Banda-Surman Embassy to the Imperial Court.

1720- Succession of Baji Rao I to the Peshwaship fall of the Sayyid brothers.

1724- Appointment of Saadat Khan as governor of Oudh virtual independence of the Nizam in the Daccan appointment of Qamaruddin as wazir.

1735- Recognition by the Emperor of Peshwa Baji Rao I as ruler of Malwa.

1739- Nadir Shah took Delhi and sacked it death of Shuja-ud-din and appointment of his son, Sarfaraz, as Governor of Bengal capture of Bassein and Salsette by the Marathas.

1740- Alivardi Khan defeated and killed Sarfaraz Khan and became Nawab of Bengal, accession of Balaji Baji Rao as Peshwa, invasion of Arcot by the Marathas and defeat and death of its Nawab, Dost Ali.1742- Marathas invaded Bengal appointment of Duplex as Governor of Pondicherry.1744- 48 First Carnatic (Anglo-French) War.1745- Rohillas in occupation of Rohilk hand.1747- Invasion by Ahmad Shah  Abdali.1748- Death of Nizam Chin  Qlich Khan death of Emperor Muhammad Shah accession of Ahmad Shah.1749- Death of Shahu restoration of Madras to the English.1750-54- Second Carnatic War.1750- Defeat and death of Nizam Nasir Jang- Muzaffar Jang became Nizam.1751- Capture and defence  of Arcot by Robert Clive- death of Muzaffar Jang- accession of Salabat Jang  as Nizam conclusion of treaty by Nawab Alivardi Khan with the Marathas by  surrendering Cuttack.1754- Recall of Dupleix Godehu's appointment as governor and his treaty with the English accession of Alamgir II.1756- Death of Alivardi Khan (21 April) accession of Siraj-ud-daulah who  captured Calcutta (20 June) Seven  Year's War.(1756-63)- Third Carnatic War.1757- Recovery of Calcutta by the English (2 January), Delhi and Mathura sacked by Ahmad Shah Abadali (January), treaty of Alinagar between Siraj and the English (9 Feb.), capture of Chandernagore by the English (March), Battle of Plassey.(23  June)- capture and execution of Siraj-ud-Daulah. 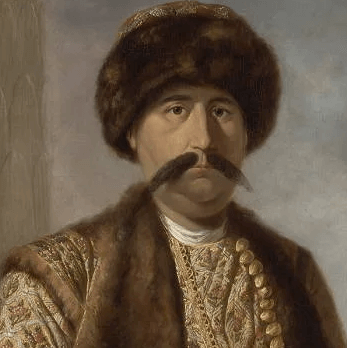 Siraj-ud-Daulah1758-  Arrival of Lally in India, occupation of the Panjab by the Marathas-Masulipatam captured by Forde.

1760- Battle  of Wandiwash, battle of Udgir installation of Mir Qasim as Nawab of Bengal, Vansittart appointed as governor in Bengal.