The document Circles - General Geometry Mathematics Notes | EduRev is a part of the Mathematics Course Additional Topics for IIT JAM Mathematics.
All you need of Mathematics at this link: Mathematics 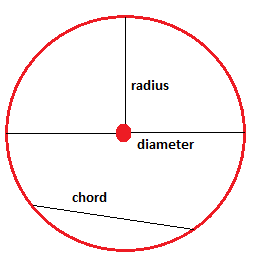 The distance around the circle is called the circumference, C, and could be determined either by using the radius, r, or the diameter, d:

When diameters intersect at the central of the circle they form central angles. Like when you cut a cake you begin your pieces in the middle. 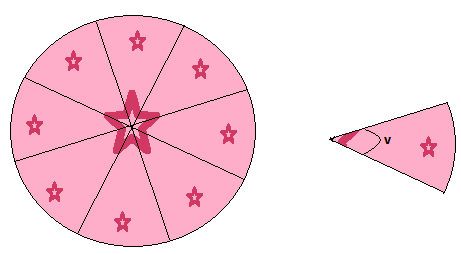 ExampleAs in the cake above we divide our circle into 8 pieces with the same angle. The circumference of the circle is 20 length units. Determine the length of the arc of each piece.First we need to find the angle for each piece, since we know that a full circle is 360° we can easily tell that each piece has an angle of 360/8 = 45°. We plug these values into our formula for the length of arcs:

Hence the length of our arcs are 2.5 length units. We could even easier have told this by simply diving the circumference by the number of same size pieces: 20/8 = 2.5Inscribed angles and polygons
An inscribed angle is an angle that has its vertex on the circle and the rays of the angle are cords of the circle. 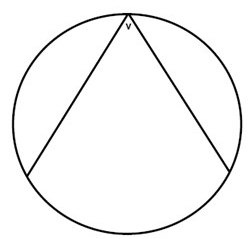 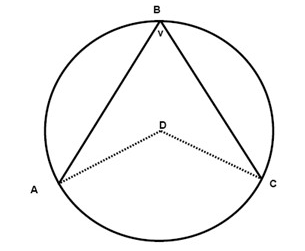 A secant is a line that intersects a circle in exactly two points.When a tangent and a secant, two secants, or two tangents intersect outside a circle then the measure of the angle formed is one-half the positive difference of the measures of the intercepted arcs. 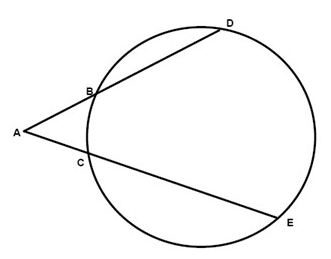 When two chords intersect inside a circle, then the measures of the segments of each chord multiplied with each other is equal to the product from the other chord: 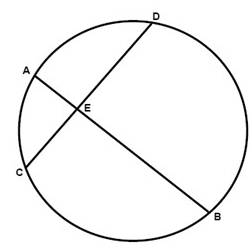 AB⋅EB = CE⋅EDIf two secants are drawn to a circle from one exterior point, then the product of the external segment and the total length of each secant are equal: AB⋅AD = AC⋅AEIf one secant and one tangent are drawn to a circle from one exterior point, then the square of the length of the tangent is equal to the product of the external secant segment and the total length of the secant: 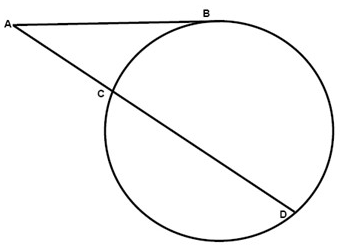 AB2 = AC⋅ADIf we have a circle drawn in a coordinate plane, with the center in (a,b) and the radius r then we could always describe the circle with the following equation:(x−a)2+(y−b)2 = r2