Contribution of Industry to National Economy 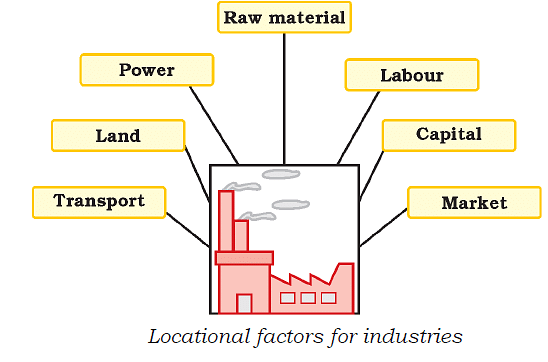 Classification on the basis of source of raw materials used:

Classification according to their main role:

Classification on the basis of capital investment:

Classification on the basis of ownership:

Classification based on the bulk and weight of raw material and finished goods: 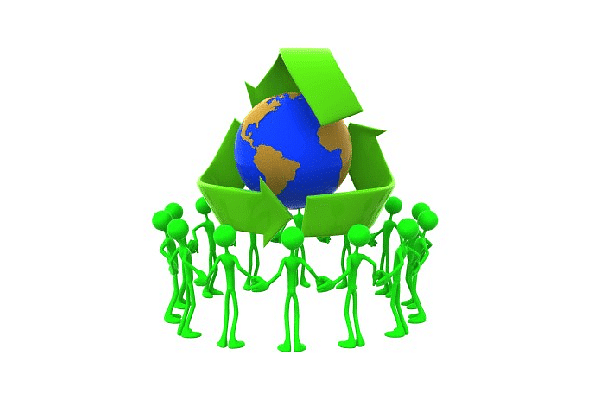 Every litre of wastewater discharged by our industry pollutes eight times the quantity of freshwater. How can the industrial pollution of freshwater be reduced?Some suggestions are:

Treatment of industrial effluents can be done in three phases:

Overdrawing of groundwater reserves by industry where there is a threat to groundwater resources also needs to be regulated legally. Particulate matter in the air can be reduced by fitting smoke stacks to factories with electrostatic precipitators, fabric filters, scrubbers and inertial separators. Smoke can be reduced by using oil or gas instead of coal in factories. Machinery and equipment can be used and generators should be fitted with silencers. Almost all machinery can be redesigned to increase energy efficiency and reduce noise.

Noise absorbing material may be used apart from personal use of earplugs and earphones.

NTPC is a major power providing corporation in India. It has ISO certification for EMS (Environment Management System) 14001. The corporation has a proactive approach for preserving the natural environment and resources like water, oil and gas and fuels in places where it is setting up power plants.This has been possible through: