What are Chromosomal Abnormalities (Disorders)?

1. Aneuploidy – It is a condition in which there is a loss or gain of chromosomes due to abnormal segregation of genes during cell division.

2. Polyploidy – It is a condition in which the count of the entire set of chromosomes increases due to the failure of cytokinesis in cell division. It is mostly observed in plants.

Euploidy is a polyploidic condition, where more than two haploid sets of chromosomes are formed due to the failure of cytokinesis. Depending on the number of chromosomal sets added, euploidy can be triploidy, tetraploidy, pentaploid and so on.

Other common examples of chromosomal abnormalities are down syndrome, Klinefelter syndrome, and Turner syndrome. 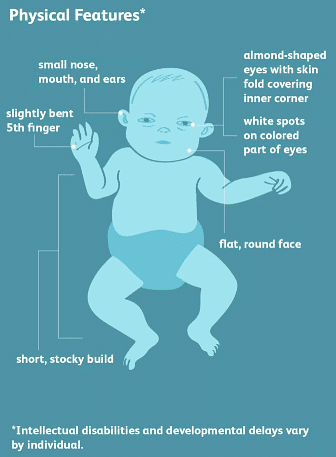 It is caused due to the presence of an extra copy of the twenty first chromosome.The symptoms are a swollen face, bulging and slanting eyes, a small mouth and a protruding and furrowed tongue.

Klinefelter’s Syndrome is a condition where males have an additional X-chromosome, which results in a karyotype of forty seven, that is, XXY. It is one of the most common sex chromosome disorders in males and shows symptoms such as poor beard growth, narrow shoulders, gynaecomastia or breast development and under-developed testis. Moreover, such males are sterile. 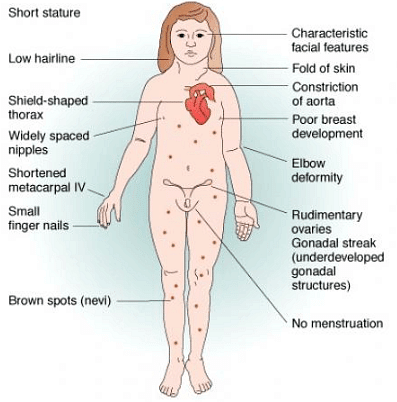 Turner’s Syndrome where one of the X-chromosomes is absent in females. Chromosomes in these females will be forty five with XO. Females with this syndrome show symptoms like a webbed neck, constriction of the aorta, poor breast development, under-developed ovaries and short stature.

The document Chromosomal Disorders - Notes | Study Biology Class 12 - NEET is a part of the NEET Course Biology Class 12.
All you need of NEET at this link: NEET
Attempt Now
Join Course