Elastic constants are those factors which determine the deformations produced by a given stress system acting on a material.

Materials on the basis of elastic properties 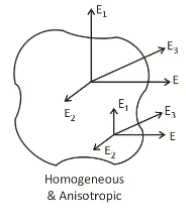 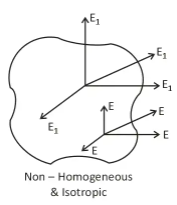 When an axial load, P is applied along the longitudinal axis of a bar due to which length of the bar will be increases in the direction of applied load and a stress, σ is induced in the bar.The ratio of stress to longitudinal strain, within elastic limits, is called the modulus of elasticity (E):

It is the ratio of lateral strain to the longitudinal strain.It is an unitless quantity which is generally denoted as μ or 1/m. 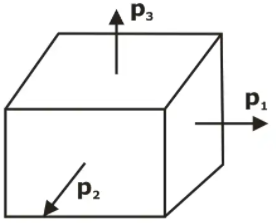 Parallelepiped subjected to Three Mutually Perpendicular StressSince any axial load produces a strain in its own direction and an opposite kind of strain in every direction at right angles to this direction.we have,

Adding the three expressions of Equations we get,

Figure shows a rectangular bar of length L, width b and thickness t subjected to single direct load (P) acting along its longitudinal axis. Let this stress σ generated to be tensile in nature.

Shear Modules or Modulus of Rigidity

The shear modules or modulus of rigidity expresses the relation between shear stress and shear strain.

When a body is subjected to three mutually perpendicular like stresses of equal intensity (σ).Then the ratio of direct stress (σ) to the corresponding volumetric strain (ϵv) is defined as the bulk modulus K for the material of the body.Which is generally denoted as ‘K’

Value of any Elastic constant should be ≥ 0