The source of all electricity is in charge. As the charge is the basis of all electrical phenomena, we need to know the amount of charge on a body. It is measured in coulombs. The coulomb is the SI unit of charge, and its symbol is C.

Electricity passing through a wire

Potential Difference and the Flow of Charge 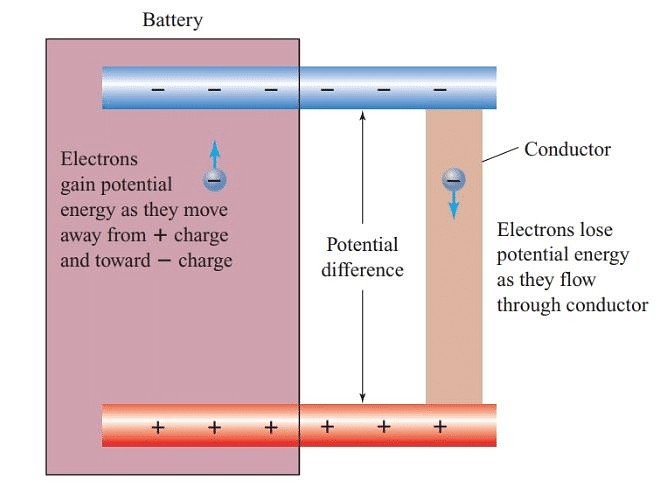 If the two spheres are connected by a metal wire, electrons from the negatively charged sphere (at a lower potential) will flow to the positively charged sphere (at a higher potential). Eventually, the flow of electrons causes the charges on the spheres to become balanced. When that happens, the spheres no longer carry a net charge, and therefore, have equal potential. So, the flow of electrons stops. So we can say that a potential difference causes charges to flow. 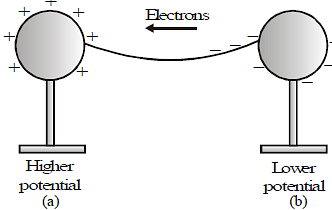 Dry cell and symbol of a cell

A combination of cells is called a battery. 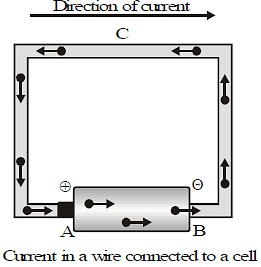 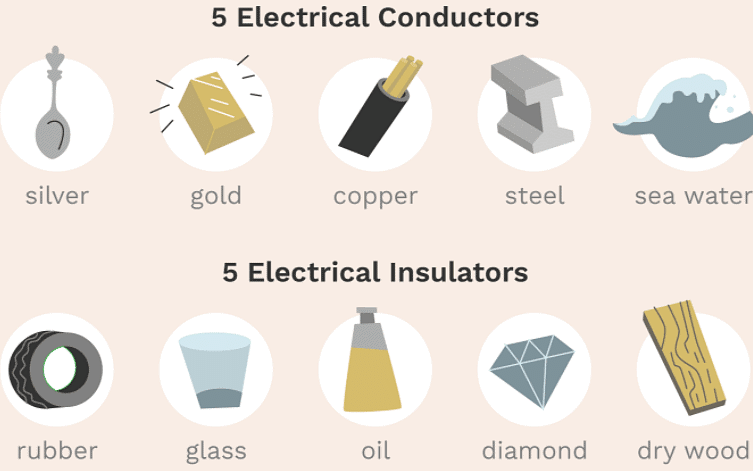