Area Under a Curve

Calculating the area under a curve.

So far when integrating, there has always been a constant term left. For this reason, such integrals are known as indefinite integrals. With definite integrals, we integrate a function between 2 points, and so we can find the precise value of the integral and there is no need for any unknown constant terms [the constant cancels out].

The Area Under a Curve

The area under a curve between two points can be found by doing a definite integral between the two points. 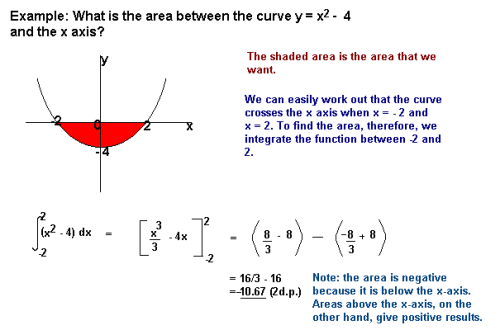 Areas under the x-axis will come out negative and areas above the x-axis will be positive. This means that you have to be careful when finding an area which is partly above and partly below the x-axis. You may also be asked to find the area between the curve and the y-axis. To do this, integrate with respect to y. 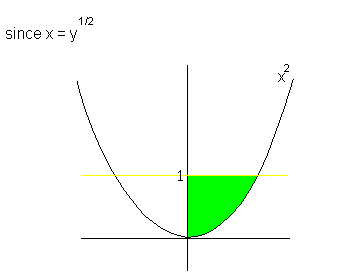