The document Force Methods/Flexibility Method Notes | EduRev is a part of the GATE Course Structural Analysis.
All you need of GATE at this link: GATE 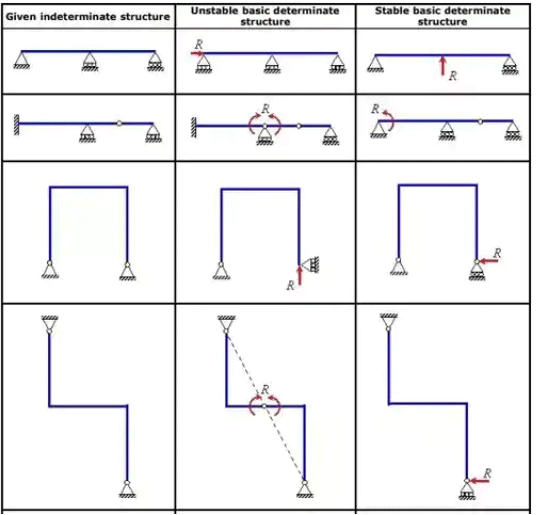 Solution: The degree of static indeterminacy = 3–2 =1. The moment at B is taken as redundant R and the basic determinate structure will be then two simply supported beams as shown below 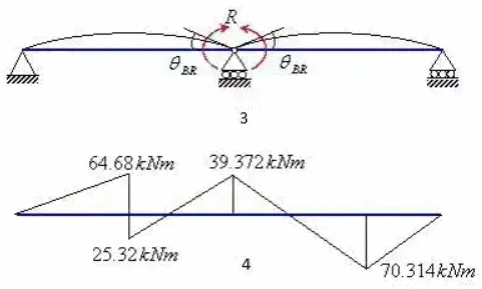 Rotation of point B due to applied loads

Rotation of point B due to R

The vertical reaction at C Is given by

The vertical reaction at B is

Example 2: Find the force in various members of the pin-jointed frame shown in figure below. AE is constant for all members. 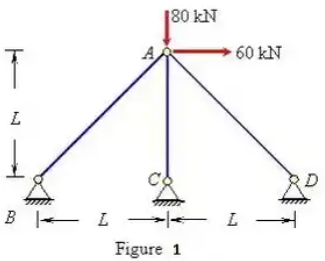 Basic determinate structure under the applied load and unknown R

Solution: The static indeterminacy of the pin-jointed frame = 1. The vertical reaction at C is taken as unknown force R . The computation of deflection of point C due to applied loading and R are shown in Tables 2 and 3, respectively.

The vertical displacement of Joint C due to R =

Adding the displacement of point C due to applied loading and R and equating It to zero i.e.

The force in various members of the frame are as follows Example 3: Find the expression for the prop reaction in the propped cantilever beam shown in the figure below.

Solution: Let reaction at support A be R . According to the Castigliano's theorem∂U/∂R = 0