The document Fundamental Duties in India - Article 51A Notes | EduRev is a part of the UPSC Course Indian Polity for UPSC CSE.
All you need of UPSC at this link: UPSC

The Fundamental Duties are dealt with Article 51A under Part-IV A of the Indian Constitution. The topic is important for IAS Exam as questions are recurring in all its three stages- Prelims, Mains and Interview.

Eleven Fundamental Duties in IndiaThe fundamental duties which were added by the 42nd Amendment Act of the Constitution in 1976, in addition to creating and promoting culture, also strengthen the hands of the legislature in enforcing these duties vis-a-vis the fundamental rights.

The list of 11 Fundamental Duties under article 51-A to be obeyed by every Indian citizen is given in the table below: 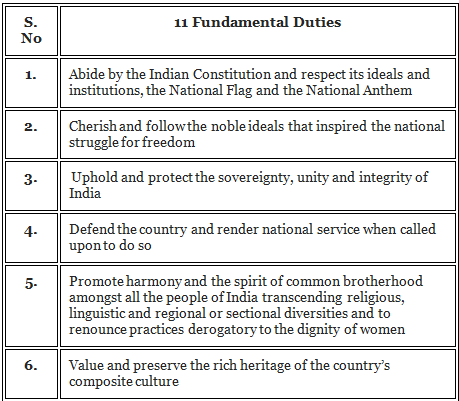 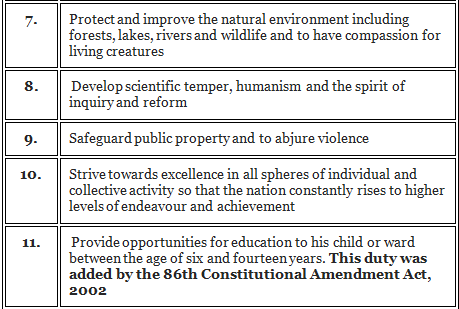 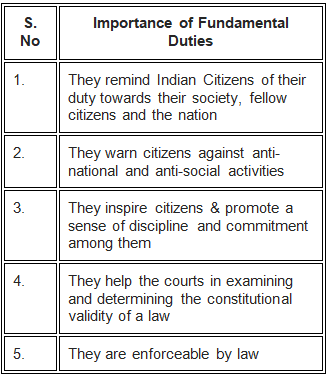 Those duties recommended by the committee which were not accepted were: