State of Maharashtra vs Ramdas Shrinivas Nayak Popularly known as Antulay's case. In this case the Supreme Court has held that sanction to prosecute the Chief Minister is the exclusive function of the Governor to be exercised by him in his discretion.The judgment is being questioned because it was based on a concession made by Antulay's counsel before the High Court. The apex court was of the view that the said concession was rightly made.J. Jayalalitha vs Dr. M. Chenna ReddyThe Governor accorded sanction to prosecute the then Chief Minister Jaylalitha on charges of corruption. The Madras High Court dismissed as “not maintainable” a writ petition by the State of Tamil Nadu challenging the sanction.Aggrieved by the High Court judgment, Jayalalitha approached the Supreme Court which admitted her petition and referred the matter to a Constitution bench and stayed the Governor's order according sanction till disposal of her appeal. 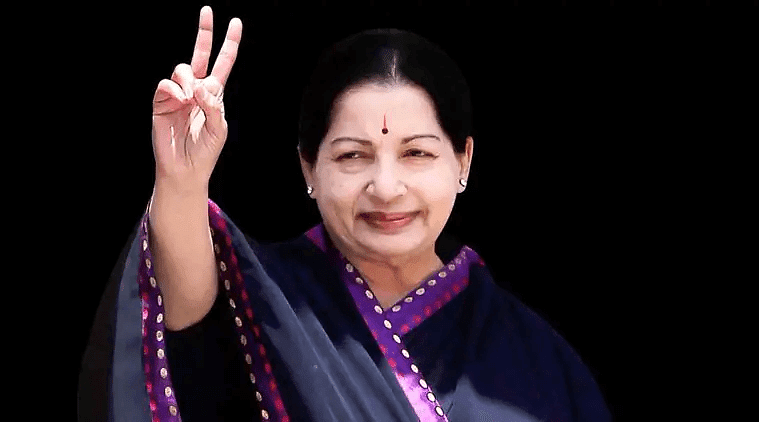 Nar Bahadur Bhandari vs Union of IndiaThe former Chief Minister of Sikkim Nar Bahadur Bhandari filed a complaint before the Sikkim Governor seeking sanction to prosecute State Chief Minister Pawan Kumar on charges of corruption. The Supreme Court gave three month’s time to the Governor to take a decision in the matter.Dravida Munnetra Kazhagam caseThe DMK filed an application before the then Governor of Tamil Nadu on September 16, 1992 requesting him to accord sanction for the prosecution of the Chief Minister and other Minister under Section 19 of the Prevention of Corruption Act and Section 197 of the Code of Criminal Procedure.The Governor dismissed the application. The DMK moved the Madras High Court which dismissed the petition as “not maintainable” on September 13,1993 relying upon the provisions of Article 361 of the Constitution which gives the personal immunity to the Governor.But in the S. R. Bommai case the Supreme Court expressed a contrary view.Role and responsibilities of Governor“The role of the Constitutional Head, when, following an election, no party or combination of parties appears to have secured a majority.” This is a subject directly within the purivew of Governors involving their individual judgement, responsiblity and role as Constitutional Head.The subject has assumed increasing importance. The outcome of the elections to the Eleventh Lok Sabha and the Uttar Pradesh State Assembly in 1996 has led to conjectures that hung Assemblies and even Lok Sabhas could be a recurrent feature in India's political life.This has a bearing on the image of our country. We have to hestir ourselves to prove that there are institutions and systems which can efficiently and confidently deal with the phenomenon of hung legislatures.It would be desirable, therefore, to be mindful of the position and responsibilities of the Constitutional Head. The observations of the Supreme Court, in Hargoving Vs Raghukul Tilak, AIR 1979/SC/1109 at 1113 regarding the office of  the Governor, are specially  noteworthy. In the unanimous judgment by a five-member Constituion Bench, the Supreme Court had ruled:“it is impossible to hold that the Governor is under the cotrol of the Government of India. His office is not subordinate or subservient to the Government of India. He is not amenable to the directions of the Government of India nor is he accountable to them for the manner in which he carries out his functions and duties.His is an independent constitutional office which is not subject to the control of the Government of India.” It is of the utmost importance that in the given situation the Constitutional Head functions with due impartiality, independence, constitutional propriety, and transparency, and upholds national interest paramount.On the theme of the conference, there are several leading cases. Judicial pronouncements which from time to time have elucidated a number of aspects. Reference may also be made to the Commission on Centre-State Relations constituted in June 1983 under the Chairmanship of R. S. Sarkaria, formerly  a Judge of the Supreme Court.The Sarkaria Commission's report, submitted in October 1987 contains a close study of a number of noteworthy features. There are some recommendations made by the commission which may be recalled here. At the end of Chapter IV of its report, at pages 135-137, the Commission had inter alia recommended:

“(b) If there is a single party having an absolute majority in the Assembly, the leader of the party should automatically be asked to become the Chief Minister.”“If ther is no such party, the Governor should select a Chief Minister from among the following parties or groups of parties by sending them, in turn, in the order of preference indicated below”:“(i) An alliance of parties that was formed prior to the elections.”“(ii) The largest single party staking a claim to form the government with the support of others, including ‘Independents’.”“(iii) A post-electoral coalition of parties, with all the partners in the coalition joining government.”“(iv) A post-electoral alliance of parties, with some of the parties in the alliance forming a government and the remaining parties, including ‘Independents’, supporting the government from outside.”Questions in Mind

Should a leader so invited to form a Government be asked  to seek a vote of confidence in the relevant House? If so, should  a period be stipulated for doing so and, if so, what would be a reasonable period for this purpose?In the period upto a motion of confidence being voted either way, for or against, should the Government be obliged to observe any restrictions or restraints, and if so, what should these restraints be?When a Government is formed on the basis of support from more than one party, and support to the Government is indicated as having been withdrawn by one or more of the parties, it being evident that the viability of the Government may have been materially imparied, should the Constitutional Head:

If so, what would be a reasonable period to be stipulated for the purpose, and whether any restrictions or restraints would be advisable to be observed by the Government in the interim period?If a particular configuration of political parties forms a Government, and then, following the withdrawal of support by one or more of its supporting parties, that Government suffers a defeat in the relevant House, but the same configuration of political parties reforms and there is no other alternative Government possible, and in being evident that the reformed configuration enjoys a majority, what are the factors that need to be kept in view for an appropriate decision in the matter?What steps may be taken to safeguard and ensure that the institution of the Constitutional Head is enabled to function as an impartial and independent Constitutioanl authourity?

It is of course noteworthy that although the position of the Governor in a state is mutatis mutandis similar to that of the president of the Republic, there are some important differences in the context of the theme of the conference. These include the fact that:

General elections to the Lok Sabha involve every state and Union Territory; entail colossal public expenditure; compel a nation-wide shift in the focus and priorities of governmental activity for appreciable periods; and involve management of elaborate internal security logistics.A decision to have elections to the Lok Sabha also involves assessments regarding international relations and the general security environment with special reference to aspects of national security, and propensities in international finance and investment having a bearing on the national economy.