The document Graphs of Periodic Properties - Classification of Elements & Periodicity Class 11 Notes | EduRev is a part of the JEE Course Chemistry for JEE.
All you need of JEE at this link: JEE 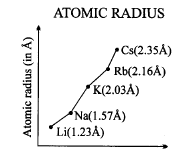 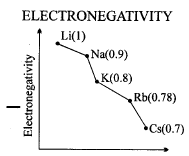 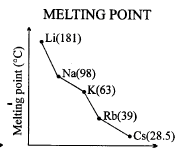 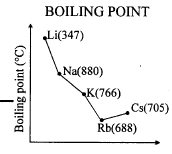 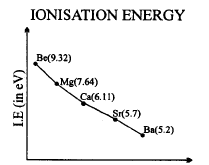 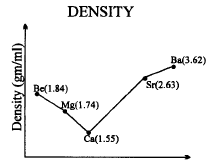 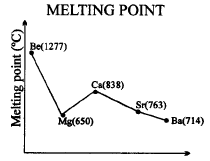 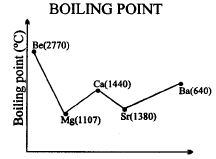 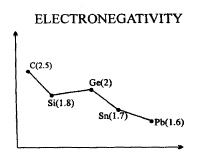 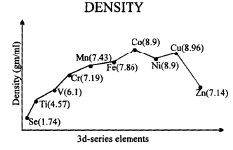 1. The basis of Mendeleev's periodic table was his periodic law. According to it the physical and chemical properties of the elements are a periodic function of their atomic masses.

4. In the modern periodic table, the period indicates the value of principle quantum number.

5. The number of elements in each period is twice the number of atomic orbitals available in the energy level that is being filled. 6. Group consists of a series of elements having similar valence shell electronic configuration.

7. In modern periodic table each block (s, - p, - d - and f -) contains a number of columns equal to the numbers of electrons that can occupy that sub-shell.

8. The 4f - (i.e., actinides) and 5f - (i.e., lanthanides) inner transition series of element are placed separately in the periodic table to maintain its structure and to preserve the principle of classification.

9. Metals comprise more than 78% of all known elements and appear on the left side of the periodic table. Silicon, germanium, arsenic, antimony, selenium and tellurium all are semi - metals or metalloids.

12. Species having same number of electrons but different in the magnitude of their nuclear charges are called as isoelectronic species and their size is inversely proportional to their effective nuclear charge.

16. The negative value of electron gain enthalpy of Cℓ > F (similarly S > 0) because there is weak electron electron repulsion in the bigger 3p subshell of Cℓ as compared to compact 2p - subshell of F.

17. Noble gases have larger positive electron gain enthalpies because the electron has to enter the next higher energy level.

18. Addition of 2nd electron to an anion is opposed due to electrostatic repulsion and thus requires the absorption of energy e.g in case of the formation of S2–, O2– etc.