Aquifer: An aquifer is an saturated geological formation, underground layer of water-bearing permeable and porous or unconsolidated materials (gravel, sand, or silt) from which groundwater can be extracted using a water well. 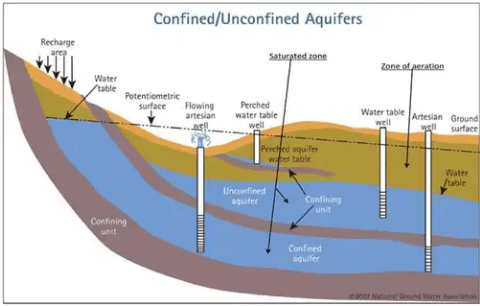 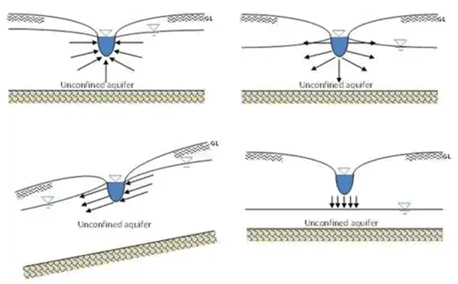 2. Perched aquiferPerched aquifer is small water body which is situated in unsaturated zone of soil above the main ground water table or main unconfined aquifer, separated by impervious strata.

1. Infiltration GalleriesThese are horizontal tunnels constructed at shallow depth of the 3-5 m along the bank of river in water bearing strata. 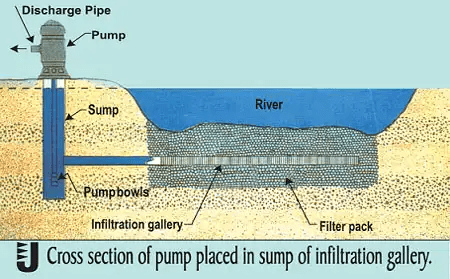 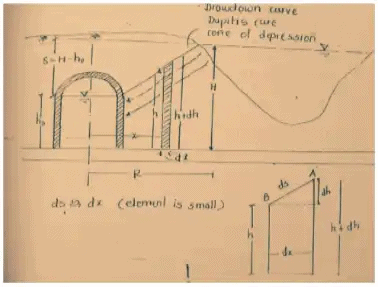 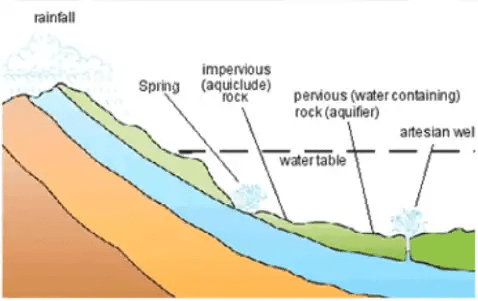 4. WellThese are generally of two types

Derivation Part-1Let water level rises in well from s1 to s2 in T timeAccording to Darcy’s law“For laminar flow through saturated soil mass, the discharge per unit time is proportional to the hydraulic gradient”.Q = K.i.A ---------- (1)i = Hydraulic gradient = s/L ----------- (2)(Head s is lost in a length L of seepage path)If ds is the water level rises in well in dt time thanQ dt = –A dsNegative sign indicate the decrease in depression head with time during the recuperation of well.From equation 1, 2 and 3(K.s.A/L)dt = -AdsIntegrating them

Where k/L a constant C and it is the specific yield of well. Dimension C is T-1.So equation 4 become

Steady flow into a well 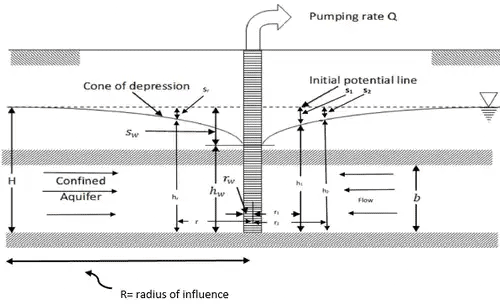 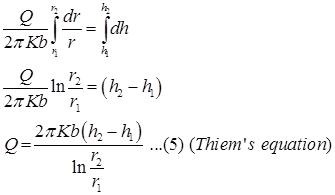 Note: Above equation is valid only for steady state flow condition and for well having complete penetration in aquiferCase-1: well in unconfined aquifer. 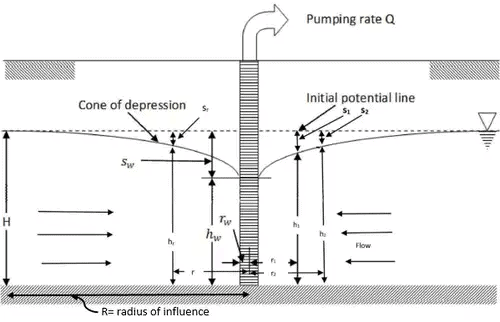 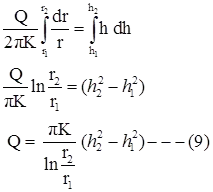 Note: above all equation of Q is valid only for steady state flow condition and for well having complete penetration in aquifer

Head loss (drawdown) due to flow through soil pours, screen and in the well. 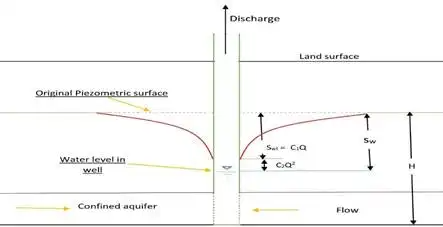 So specific capacity (if well losses are ignored)

5. It is given that, the well is fully penetrated in aquifer.Find