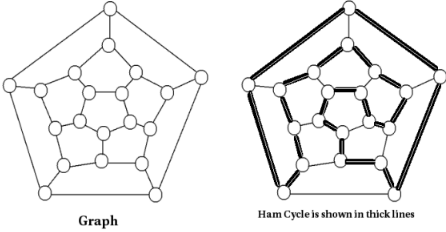 Note that the hamiltonian cycle path passes through every vertex.

Hamiltonian Cycle Problem is NP-CompleteWe know that a problem is in class NP-Complete if: it is in NP and it is NP Hard.