The document Heterotrophic Mode of Nutrition: Nutrition in Animals Notes | Study Science Class 7 - Class 7 is a part of the Class 7 Course Science Class 7.
All you need of Class 7 at this link: Class 7

Heterotrophic Mode Of Nutrition In Plants-

Some plants do not have the chlorophyll. Hence, they cannot synthesize their food by themselves. Such plants are known as non green plants. They depend on other organisms for food. Such plants use the heterotrophic mode of nutrition. 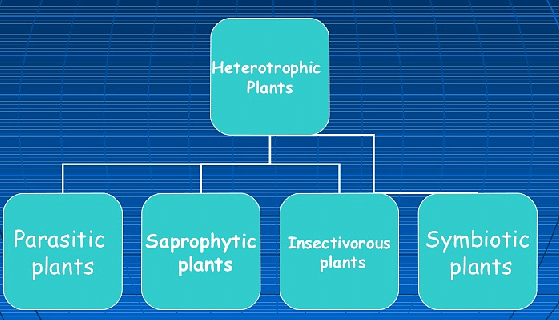 Fig. Heterotrophic nutrition Some of them are called parasites. A parasite is an organism which lives on or inside the body of another organism and takes shelter and food from that organism. The host; in this case; is always at loss.

Plants that do not have chlorophyll are called non-green plants. Plants, which live on other plants for food, are called parasitic plants.

Plants that get their food from other plants by living on them are called parasite. Example; Cuscuta, mistletoe.

Cuscuta is a vine like plant with yellowish stem. It twines around big trees, like banyan tree. Cuscuta gets nutrition from the tree on which it lives. The tree upon which it climbs and lives is called the host. Here, banyan is the host and Cuscuta is the parasite. 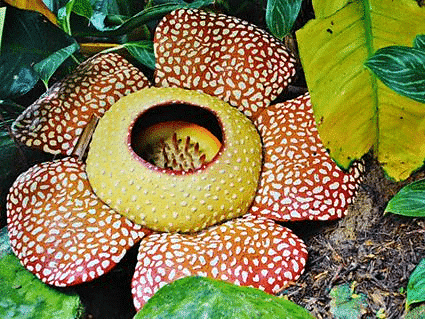 Partial parasite is a parasite that receives a part of its nutrients from host. For example; mistletoe bears green leaves. It synthesizes its own food, but receives water and mineral from host plant.

Ques 1: What do you understand by parasitic plants?

Ans: A plant which lives on another plant and takes nutrients is called a parasitic plant.

Ques 2: Give some example of parasitic plants.

Ques 3: Why some plants are called parasites?

Ans: Some plants are unable to prepare their own food and need to take food from another plant. Hence, they are called parasites.

Ques 4: What is the mode of nutrition in non-green plants?

Ques 5: What do you understand by non-green plants?

Ans: A plant which lacks chlorophyll is called non-green plant.

Ques 6: What do you understand by host?

Ans: An organism which provides shelter and nutrition to another organism is called a host.

Ques 7: What is partial parasite?

Ans: A parasite which depends for some of the nutrients; on another organism; is called a partial parasite. 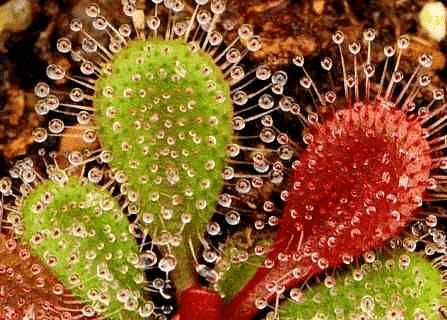 Cause of eating of insects by plants: The soil of marshy land is deficient in nitrogen. Plants living in marshy areas do not get nitrogen from the soil. Their nitrogen need is fulfilled by sucking the juice of insects. Venus flytrap, utricularia, drosera and Rafflesia are the other examples of insectivorous plants.

Ques 1: What is an insectivorous plant?

Ans: A plant which fulfills its nitrogenous needs by eating insects is called an insectivorous plant.

Ques 2: Give an example of insectivores plant?

Ques 4: Why does a plant eat insects?

Ans: Plants living in marshy areas do not get nitrogen from the soil. To fulfill their nitrogenous need, they need to eat insects. 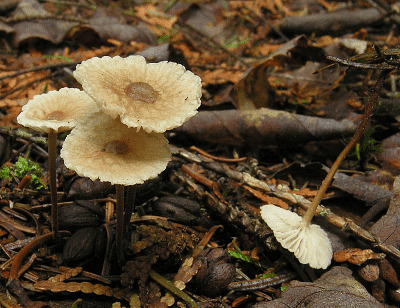 Saprotrophs secrete digestive juice over the decaying materials and absorb nutrients from them. This is called Saprotrophic Mode of Nutrition. Such plants are called saprotophs.

Ques 1: What do you understand by saprotrophs?

Ans: An organism which feed on dead and decaying material is called a saprotroph. In this mode of nutrition, digestive enzymes are secreted on the food. The digested food is then absorbed by the organism. In saprotrophs digestion takes place outside the body of the organism.

Ques 2: Saprophytes grow in which type of places?

Ques 3: Give some example of saptrotrophs.

Symbiosis is the combination of two Greek words ‘Sym’ menas ‘with’ and ‘biosis’ means ‘living’, which means living together. In symbiosis or mutualism two different types of organisms live and work together for their mutual benefit from each other. They share shelter and nutrients, e.g. Lichens. Lichens are composite organisms composed of fungus and alga. Fungus is a saprophyte and alga is an autotroph. The Fungus supplies water and minerals to the cells of the alga while the alga supplies food; prepared by photosynthesis.

A bird sitting on the back of a rhino is an example of symbiosis. The bird gets worms to eat, while the rhino gets rid of those worms.

Replenishment of Nutrients in Soil -

Because of continuous farming nutrients keep declining in the soil. Hence, to replenish those nutrients fertilizers are added to the soil.

There is a bacterium called Rhizobium, which lives in the root nodules of legumes, such as gram, moong, etc. These bacteria can absorb nitrogen from the atmosphere and make it available for the plants. Rhizobium cannot make its food, hence, it provides nitrogen to the legumes and in return legumes provide them food and shelter.

This is an example of symbiotic relationship. This has great importance for farmers. Fields in which leguminous plants are grown from time to time, do not need addition of nitrogenous fertilizers.

Ques 1: What is the meaning of word ‘Symbiosis’?

Ans: It is a relationship between two organisms in which both the organisms benefit each other.

Ans: The lichen is a composite organism formed because of symbiosis of algae and fungi. 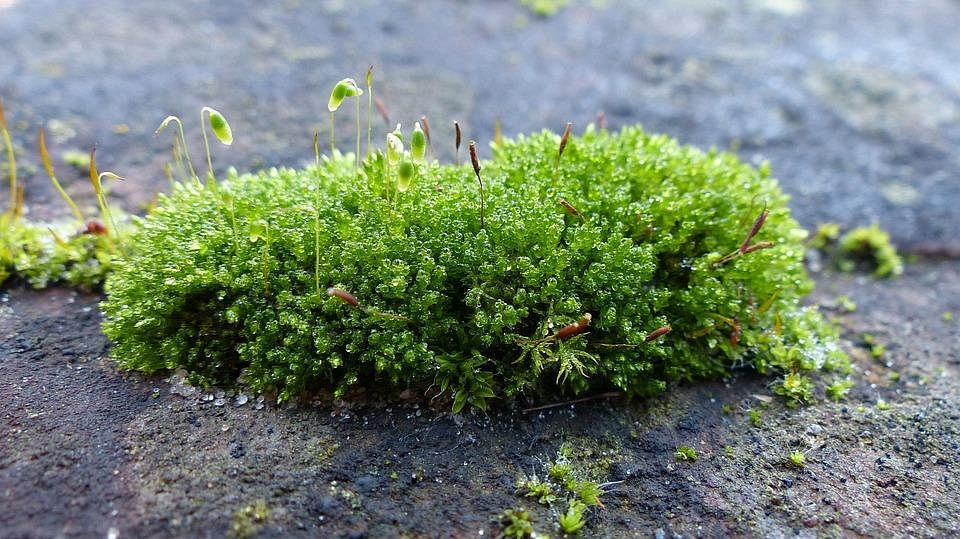 Fig: LichenQues 3: Give an example of symbiotic relationship.

Ans: A small bird; called plover; cleans the crocodile’s teeth. The crocodile keeps its mouth open and the bird takes out meat fibres stuck between the teeth. The bird gets food in lieu of providing dentist’s services to the crocodile.

Ques 4: How do nutrients get replenished in the soil?

Ques 5: What is Rhizobium?

Ans: Rhizobium is a bacterium.

Ques 6: What is the function of Rhizobium?

Ques 7: How does Rhizobium help farmers? 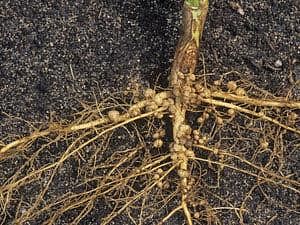 Ques 8: Why do farmers prefer to sow leguminous plants?

Ques 9: In which form do plants absorb nitrogen?

Ans: Plants absorb nitrogen in the form of nitrates.

The document Heterotrophic Mode of Nutrition: Nutrition in Animals Notes | Study Science Class 7 - Class 7 is a part of the Class 7 Course Science Class 7.
All you need of Class 7 at this link: Class 7