The document Image Formation by Concave and Convex Mirror Class 10 Notes | EduRev is a part of the Class 10 Course Science Class 10.
All you need of Class 10 at this link: Class 10

What is a Mirror?

A mirror is a reflective surface that bounces off light, producing either a real image or a virtual image. When an object is placed in front of a mirror, the image of the same object is seen in the mirror. 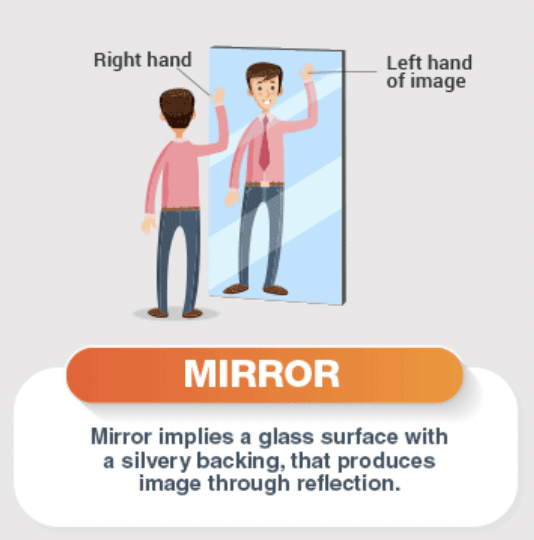 From the reflecting surface of the mirror there are two types of mirror:

Formation of Image by a Plane Mirror 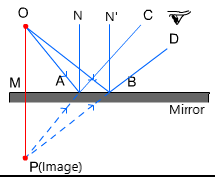 Rules of Image Formation from the Spherical Mirror

The rules of reflection from the spherical mirror are based on incident and reflection angle. 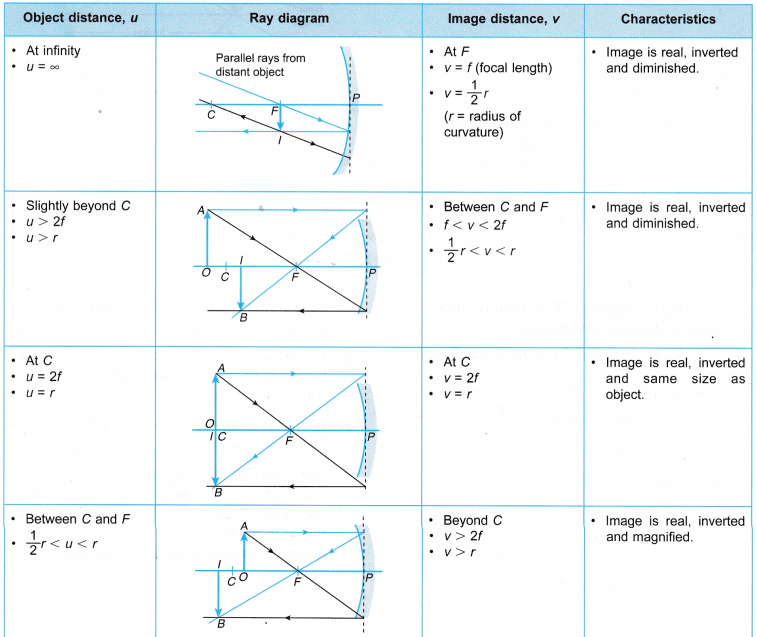 1. When the object is at infinity

2. When the object is at a finite distance from the Pole

When the image is formed between pole and principal focus behind the convex mirror, the image formed is virtual, erect and diminished. 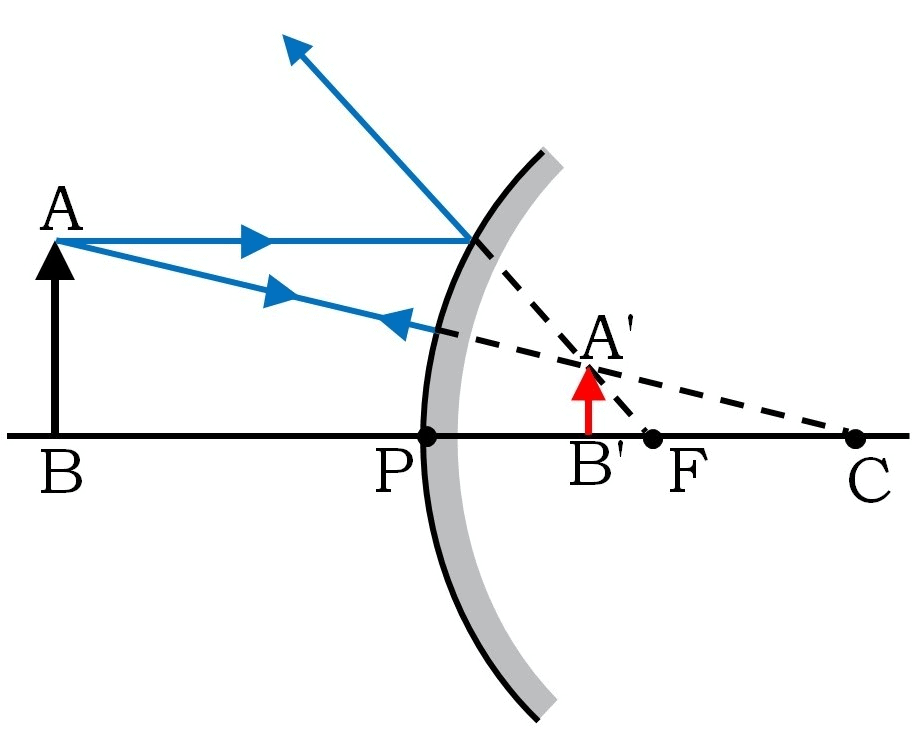 There are only two positions of the object for showing the image formed by a convex mirror that is:

Now we can study the image formation by following table:

1. Relation between f and R for the spherical mirror: 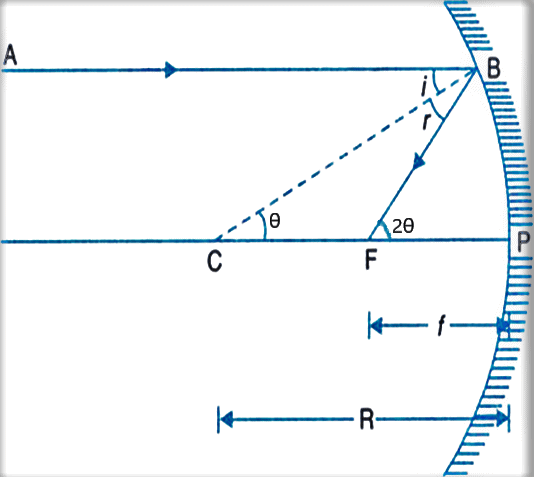 If B is near line P

2. Relation between u,v and f for curved mirror: Difference between Real and Imaginary Image 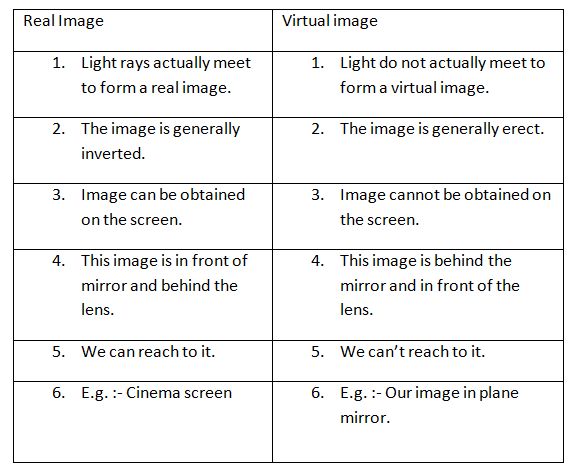