Degree of a Polynomial

The highest power of the variable in a polynomial is called its degree.

Try yourself:The degree of the polynomial, x4 – x2 +2 is
Explanation

Degree is the highest power of the variable in any polynomial. In the equation given, it is 4.

Value of a Polynomial at a Given Point

Zeroes of a Polynomial

III. In general a polynomial of degree n has at the most n zeroes.

Geometrical Meaning of the Zeroes of a Polynomial

is the zero of the polynomial ax + b. 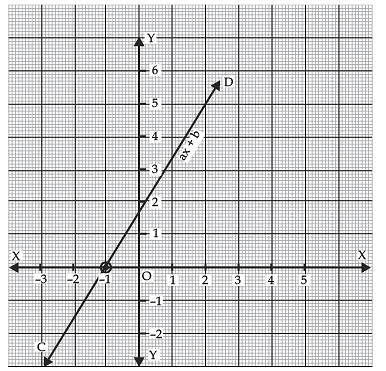 A zero of a linear polynomial is the x-coordinate of the point, where the graph intersects the x-axis.

Graph of a Quadratic Polynomial 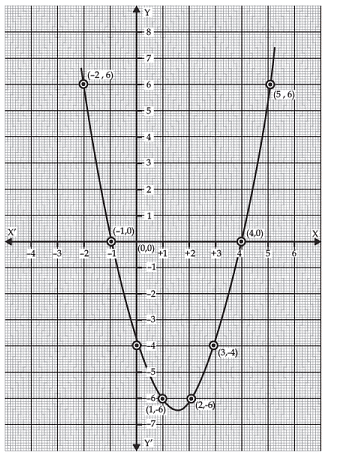 Here a < 0, so the parabola opens downwards. 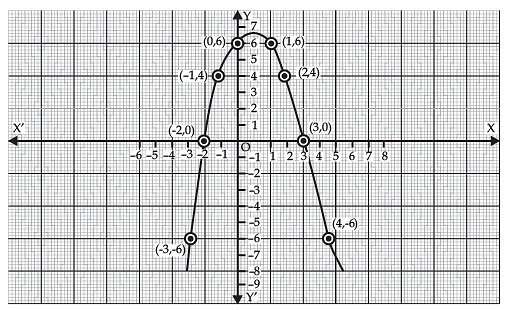 Relationship between Zeroes and Coefficients of Polynomials

Try yourself:What is the quadratic polynomial whose sum and the product of zeroes is √2, ⅓ respectively?
Explanation

∴ If α and β are zeroes of any quadratic polynomial, then the polynomial is;

To divide one polynomial by another, follow the steps given below.

Step 1: Arrange the terms of the dividend and the divisor in the decreasing order of their degrees.