The document Introduction: Principles of Inheritance & Variation Notes | Study Biology Class 12 - NEET is a part of the NEET Course Biology Class 12.
All you need of NEET at this link: NEET

What do we mean by Heredity?

Do you remember your grandparents telling you that you are just like your father or mother? That is the concept of heredity, the most puzzling and mysterious phenomenon of nature.

No matter how unique we call ourselves, we happen to be an accumulation of all the traits we have inherited. Therefore, our bloodline matters and those traits travel through you till the end of time. Before we understand the importance of inheritance and variation, we need to understand the following terms: 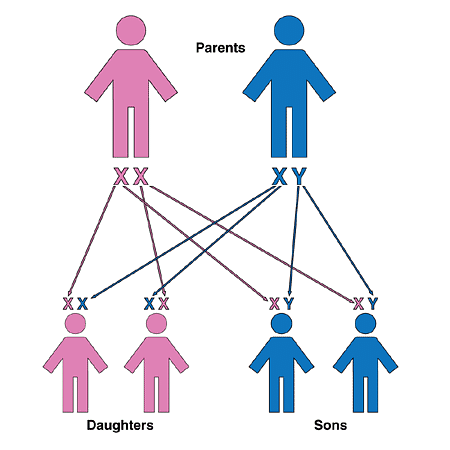 How heredity occurs in human beings

History of Researchers in Genetics

To explain the like begets (offsprings are similar to their parents), several theories were given. They are collectively known as theories of Blending Inheritance as they believed that characters of the parents blended or got mixed during their transmission to the offspring.Some of them are as follows: 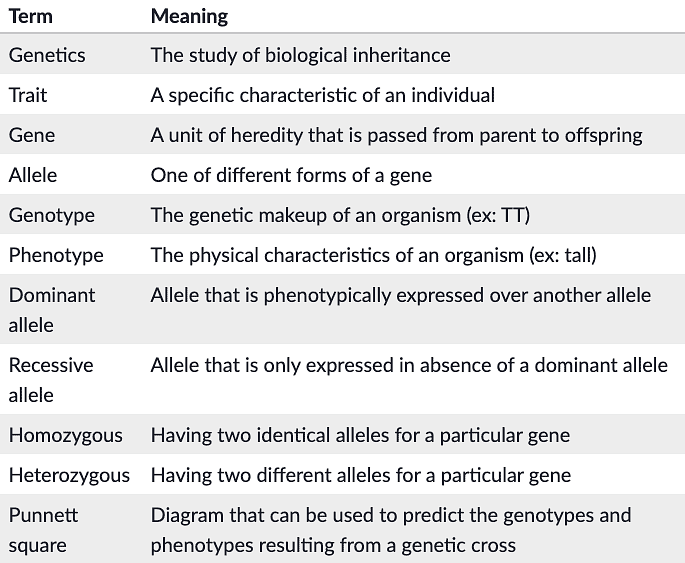 Q1. What are the principles of inheritance?

Ans: The key principles of Mendelian inheritance are summed up by Mendel's three laws: the Law of Independent Assortment, Law of Dominance, and Law of Segregation.

Q2. What is point mutation? Give an example.

Ans: Point mutation is the mutation that affects a single nucleotide or nucleic acid. It commonly occurs when one base is substituted for the other. It may also result due to insertion and deletion of a single base pair. Examples of point mutation are:

a. Cystic fibrosis: It occurs due to the deletion of three nucleotides in the CFTR gene. In this, an amino acid phenylalanine is lost which causes misfolding of protein.

b. Sickle cell anemia: It is caused by single point mutation in the beta haemoglobin gene. This results in the conversion of GAG codon into GUG that encodes amino acid valine.

Q3. What was the theory of genetics before Mendel did his experiments?

Ans: Before Mendel's experiments, most people believed that traits in offspring resulted from a blending of the traits of each parent.

The document Introduction: Principles of Inheritance & Variation Notes | Study Biology Class 12 - NEET is a part of the NEET Course Biology Class 12.
All you need of NEET at this link: NEET