Complex Numbers are the numbers which along with the real part also has the imaginary part included with it. That means complex numbers contain two different information included in it.It is defined as the combination of real part and imaginary part. Either of the part can be zero.

If ‘a’ is the real part and ‘b’ represents imaginary part, then complex number is represented as z = a + ib where i, stands for iota which itself is a square root of negative unity. Thus, we can also write z = Re(z) + i Im(z). This form of representation is also called as the Cartesian or algebraic Keep Calm and Love Complex Number form of representation.If z = -2 + j4, then Re(z) = -2 and Im(z) = 4.Similarly, for z = 3+j5, Re(z) = 3 and Im(z) = (5).Complex Number can be considered as the super-set of all the other different types of number. The set of all the complex numbers are generally represented by ‘C’.Complex Numbers extends the concept of one dimensional real numbers to the two dimensional complex numbers in which two dimensions comes from real part and the imaginary part.Few Examples of Complex Number:2 + i3, -5 + 6i, 23i, (2-3i), (12-i1), 3i are some of the examples of complex numbers. All the examples listed here are in Cartesian form. There are also different ways of representation for the complex number, which we shall learn in the next section.Representation of Complex NumberComplex Number itself has many ways in which it can be expressed. Some of the most commonly used forms are:• Cartesian or algebraic or rectangular form• Trigonometric or polar form• Exponential form• Vector formCan we take the square-root of a negative number?Yes of course, but to understand this question, let’s go into more deep of complex numbers,Consider the equation x2+1 = 0, If we try to get its solution, we would stuck at x = √(-1) so in Complex Number we assume that √(-1) =i or i2 =-1which means i can be assumed as the solution of this equation. i is called as Iota in Complex Numbers.We can further formulate as,i2 = -1i3 = i2 * i = -ii4 =i2 * i2 =1So, we can say now, i4n = 1 where n is any positive interger.Also, note that i + i2 + i3 + i4 = 0 or in + i2n + i3n + i4n= 0This means sum of consecutive four powers of iota leads the result to zero.What is the form a + ib? 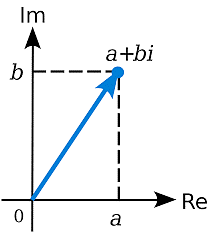 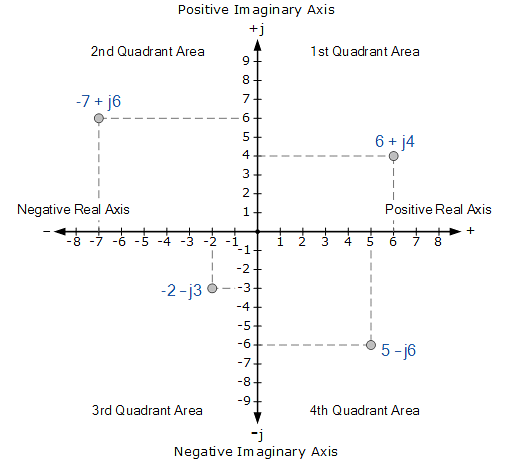