The document Key Concepts Chapter 8 - Novels, Society and History, Class 10, SST (History) | EduRev Notes is a part of the Class 10 Course Social Studies (SST) Class 10.
All you need of Class 10 at this link: Class 10

SECTION A— THE RISE OF THE NOVEL

Authors: As their earnings increased, they experimented with different literary styles.

Styles: Henry Fielding, a novelist of the early 18th century, claimed he was ‘the founder of a new province of writing’ where he could make his own laws.– Tom Jones.Walter Scott wrote historical novels about wars between Scottish clans, collected Scottish ballads, which he used in his novels.Samual Richardson wrote Pamela in 18th century in the form of letters. The first epistolary novel.The publishing market was costly at the beginning. Henry Fielding’s Tom Jones (1749) was sold at three shillings for each of its six volumes– more than a labourer’s earnings in a week.  In 1836, first novel to be serialised in a magazine– Charles Dickens’ The Pickwick Papers. The suspense and discussion reminds you of the TV serials today.Novels become one of the first mass-produced items to be sold.

The World of the Novel: In the 19th century was about ordinary people, reflected the industrial age of the 19th century, problems created by factories, unemployed poor, homeless people living in workhouses. 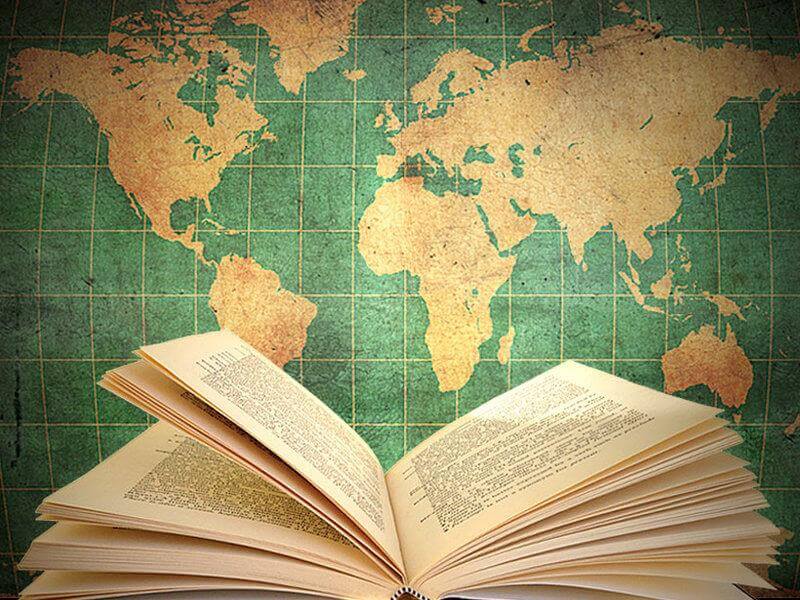 Examples:A. Charles Dickens’ novel Hard Times described the terrible conditions of urban life under capitalism. Novel Oliver Twist - tale of a poor orphan caught up in a world of petty criminals.B. Emile Zola’s Germinal (1885) - Life of French miners, grim life led by them ends on a note of despair.

Community and Society: Thomas Hardy’s novels e.g., Mayor of Casterbridge (1886) brought the vast majority of urban readers closer to the rural community through his stories.Women writers explored the world of women, their emotions, identities, experiences and problems.(i) Jane Austen’s (1775–1817) Pride and Prejudice portrays life of women in genteel rural society in the early 19th century England. (ii) Charlotte Bronte’s (1816–1855) Jane Eyre portrayed an independent and assertive girl who protests against hypocrisy and cruelty.(iii) George Eliot (1819–1880), Mill on the Floss, wrote about freedom given by novels to women to express themselves freely.Novels for the young were written by R.L. Stevenson, e.g., Treasure Island (1883) which idealized a new type of man, powerful, assertive, daring and independent, novels full of adventure.Rudyard Kipling wrote Jungle Book (1894). Colonizers were portrayed as heroic and honourable, confronting ‘Natives’, adapting themselves to strange places, colonizing territories and developing nations.G.A. Henty (1832–1902) wrote popular, historical adventure novels for boys during the height of the British Empire– (Under Drake’s Flag).Helen Hunt Jackson (Ramona- 1884), Sarah Wolsey (What Katy Did - 1872) wrote love stories for girls.Colonialism and after novels appeared in Europe which portrayed colonialists as a superior community. Colonised people were seen as primitive, barbaric and less than human.Joseph Conrad (1857–1924) showed the darker side of colonial occupation only in later 20th century.Daniel Defoe’s Robinson Crusoe (1719) portrayed an adventurer who treats coloured people as inferior creatures. He rescues a ‘native’ and makes him his slave. Colonial rule was portrayed as necessary to civilise the natives, to make them human.

SECTION B— THE NOVEL COMES TO INDIA
Novels in prose unknown to India till the 19th century. Great epics written in verses. Fourth century AD stories written in Sanskrit, e.g., the Panchtantra and Kadambari. Earliest novels in Marathi and Bengali.

Baba Padmanji’s Yamuna Paryatan (1857), a simple story about the plight of widows. The Novel in South India(i) Kerala: Many novels were translations of English novels. Chandu Menon’s translation of Benjamin Disraeli’s Henrietta Temple. Gave up as he realised English culture was difficult for people of Kerala to grasp. Published a delightful novel in Malayalam. Indulekha (1889)– First modern novel in Malayalam.(ii) Andhra Pradesh: Kandukuri Viresalingam (1848–1919) began by translating Oliver Goldsmith’s Vicar of Wakefield into Telugu, abandoned it and wrote Rajashekhara Caritamu in 1878 in Telugu.

The Novel in Hindi: Bharatendu Harishchandra was the pioneer of modern Hindi literature. The first modern novel was written by Srinivas Das of Delhi– Pariksha-Guru (1882). Paariksha-Guru portrayed the inner conflict and outer struggles of the newly emerging middle-class. They had to preserve their own culture and yet adapt to the new colonial society. Novel– a bit too moralising– was not very popular.
Chandrakanta by Devaki Nandan Khatri made Hindi really popular and attracted hundreds of readers. Writer for “the pleasure of reading,” it also gave insight into the fears and desires of people who read it.

Premchand wrote in popular Urdu, then shifted to Hindi. His Sevasadan, (1916) written in simple style, was influenced by Gandhiji and his ideas dealt with the position of women, dowry and child marriage.

Novels in Bengal were love stories based on historical or past events. Domestic novels portrayed the romantic relations between men and women, and social problems.

Sarat Chandra Chattopadhyaya (1876–1938) was the most popular novelist in Bengal.

Fakir Mohan Senapati (1843–1918) wrote Chha Man Atha Guntha (1902). It means six acres and their two decimals of land. The novel deals with the question of land and its possessions.

The Novels in AssamThe first novels in Assam were written by missionaries. Two of them were translations of Bengali including Phulmoni and Karuna. In 1888, Assamese students in Kolkata formed the ‘Asamya Bhasar Unnatisadhan’ that brought out a journal called Jonaki. This journal opened up the opportunities for new authors to develop the novel.
Rajanikanta Bardoloi wrote the first major historical novel in Assam called Manomati (1900). It is set in the Burmase invasion, stories of which the author had probably heard from old soldiers who had fought\in the 1819 campaign. It is a tale of two lovers belonging to two hostile families who are separated by the war and finally reunited.

SECTION C— NOVELS IN THE COLONIAL WORLD
Uses of Novels(a) Proved useful to colonial administrators. Vernacular novels, a valuable source of information on native customs and life.They could govern a large variety of communities and castes, with their help missionaries translated novels into English.(b) The novel was used by Indians to depict and criticise the defects of their society and how to remove them.(c) Novels established a link with the past. A sense of national pride was created among readers by glorified accounts of the past.(d) A sense of collective belonging created on the basis of one’s language.(e) Language of the novel became contemporary. Characters spoke in a manner that revealed their caste, class, region. Readers became familiar with different ways, the same language was spoken in other parts of India.

The Problem of Being Modern: The novels tried to portray how to be modern in a colonial world without losing dignity, tradition and identity.
Example: Chandu Menon’s Indulekha.
The heroine Indulekha is portrayed as highly intelligent, artistic and educated in Sanskrit and English. She is very beautiful too. Madhavan, the hero is equally ideal– member of educated class of Nayars from the University of Madras, first-rate Sanskrit scholar. He dressed in Western clothes but kept a long tuft of hair, according to the Nayar tradition.
They both represented characters who had taken the best of the colonial West without giving up the traditions of their own culture.

SECTION D— WOMEN AND THE NOVEL

SECTION E— THE NATION AND ITS HISTORY