Federalism is a system of government in which powers have been divided between the centre and its constituent parts such as states or provinces. It is an institutional mechanism to accommodate two sets of politics, one at the centre or national level and second at the regional or provincial level. 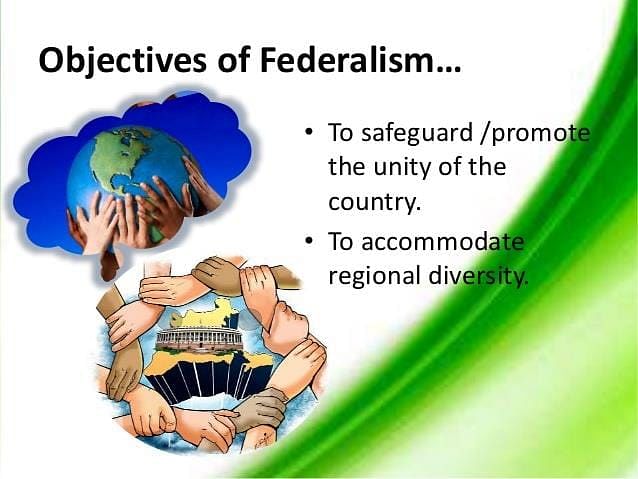 There are two kinds of federations:1. Holding Together Federation

In this type, powers are shared between various constituent parts to accommodate the diversity in the whole entity. Here, powers are generally tilted towards the central authority.Example: India, Spain, Belgium2. Coming Together Federation

In this type, independent states come together to form a larger unit. Here, states enjoy more autonomy as compared to the holding together kind of federation.Example: USA, Australia, Switzerland 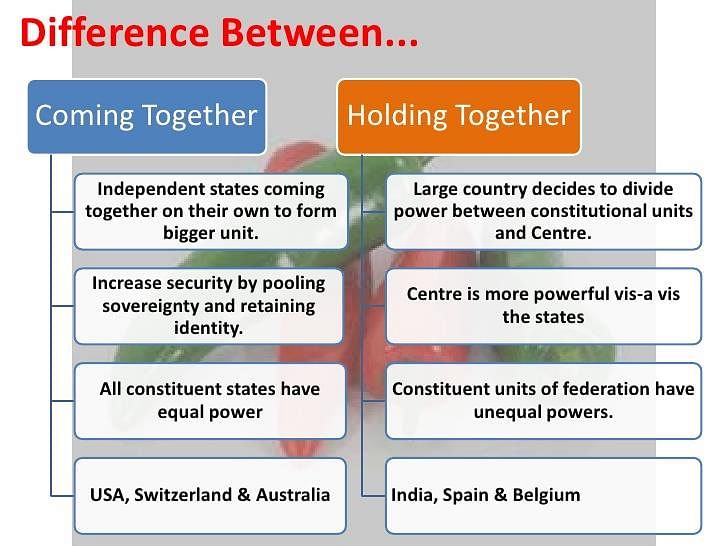 Question for Laxmikanth: Summary of Federal System
Try yourself:Which of the following country does not belong to the holding together federation?
View Solution 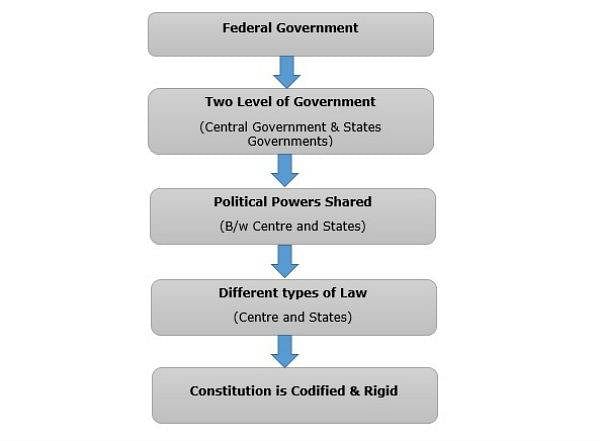 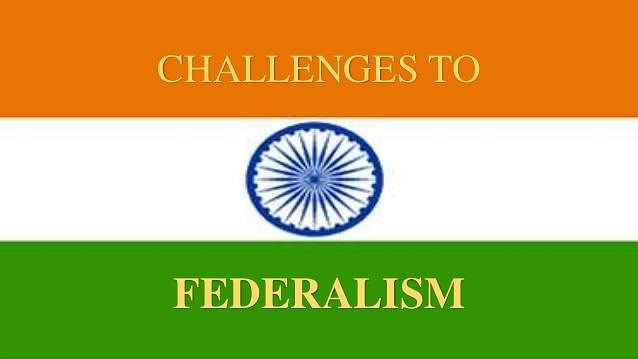 • Unlike successful federations, India Constitution doesn't have the provision for the secession of states from the Union of India. The Union has been made indestructible with a view to protecting unity and integrity in a country like India.

6. Office of the governor

Question for Laxmikanth: Summary of Federal System
Try yourself:Indian Federal system is based on which country system model?
View Solution

8. CitizenshipThe Indian Constitution, unlike the other federal constitutions of the world, introduces single citizenship. It is based upon the idea of one nation one citizenship'. All are citizens of lndia irrespective of whichever state he/she lives in. The States don't confer any separate status as a citizen of the State.

9. Integrated Services The integrated judiciary is a typical feature of Indian federation. Unlike typical federations, in India Supreme Court is the apex court and all other courts are subordinate to it. The States don't have separate independent courts dealing specially with state matters. Also, the machinery for election, accounts, and audit in India is integrated.

10. Centralised Planning Although economic and social planning is found in the Concurrent List of the Seventh Schedule to the Constitution, the Union Government enjoys unbridled authority over national and regional planning in India. Centralised planning, through the Planning Commission, now NITI Aayog appointed by the Centre, considerable preponderance in legislative power for the Union, the financial dependence of the states on the Centre’s mercy, the administrative inferiority of the states make the states meek and weak.

11. Language Conflicts Diversity in languages in India sometimes causes a blow the federal spirit of the Constitution. There are 22 languages constitutionally approved in India.