Q1. Explain how a society, according to socialists, can operate without property. What would be the basis of socialist society?

Q2. What developments took place in Europe in support of socialism?

What was Collectivisation? How did Stalin use this programme?

Q4. How did socialism spread in Europe?

Q5. Discuss the causes that led to the Revolution of 1917.ORDescribe the circumstances which were responsible for Russian Revolution.

Q6. Comment on the role of Vladimir Lenin in the revolution and his contribution to the economic policy.

Q8. What were the immediate consequences of the Russian Revolution? (CBSE 2010)

ORWhat were the impacts of the Russian Revolution on Russia?

Q9. How did communism in Russia influence capitalist societies?

Q10. What were the social, economic, and political conditions in Russia before 1905?

Q11. In what ways was the working population in Russia different from other countries in Europe, before 1917?

Q12. What were the main changes brought about by the Bolsheviks immediately after the October Revolution?

Q14. How did Russia's participation in the World War cause the fall of the Tsar? 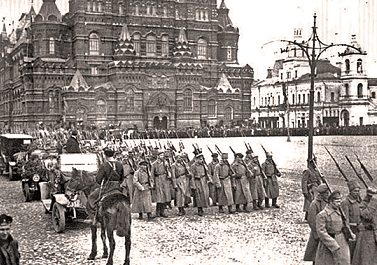