The document Long Answer Questions- Forest and Wildlife Resources Class 10 Notes | EduRev is a part of the Class 10 Course Social Studies (SST) Class 10.
All you need of Class 10 at this link: Class 10 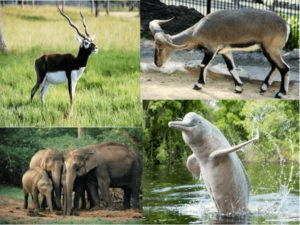 (iv) Shifting cultivation or jhumming in the tribal belts especially in the north east and central India have led to deforestation or degradation of forests.(v) Large scale development projects like the river valley projects have contributed significantly to the loss of valuable forests.(vi) Mining causes deforestation and disturbs the natural habitats of many animals and block the migration route of several other species.(vii) Grazing and fuel wood collection lead to depletion of forests resources according to many environmentalists. However, a substantial part of the fuel and fodder demand is met by lopping rather than felling of entire trees; thus they do not cause total deforestation.(viii) Habitat destruction and over-exploitation.(ix) Hunting and poaching.(x) Environmental pollution and water poisoning.(xi) Forest fires. In many societies women bear the major responsibility of collection of fuel, fodder, water and other basic subsistence needs. Depletion of these resources increases drudgery of women affecting their health as well as leading to negligence of home and family due to longer hours required to acquire the resources. This often has serious social implications.
The indirect impact of degradation are severe drought or deforestation induced floods or dust storms due to soil erosion, etc. These hit the poor the hardest. Poverty in these cases is a direct outcome of environmental destruction. The indigenous culture of these forest dependent communities are severely affected as a result.

Ques 3: Why was the Project Tiger launched? What are its objectives? What are its effects upon conservation of wildlife?Ans: Tiger is one of the key wildlife species in the faunal web. In 1973, government authorities realised that the tiger population had dwindled to 1827 from an estimated 55,000 at the turn of the century. The major threat to tiger population include poaching for trade, shrinking habitat, depletion of prey based species, growing human population and deforestation. Among these poaching for trade of skins and bones is the primary reason behind dwindling of tiger population to such an extent, that it is on the verge of extinction. Since India and Nepal provide habitat to about two-thirds of the surviving tiger population in the world, these two countries became prime targets for poaching of tiger and illegal trading. Thus, the central government announced the Project Tiger with the objective of protecting this species which was gravely threatened.
‘Project Tiger’ one of the well-publicised wildlife campaign in the world, was launched in India in 1973.
The objectives of Project Tiger are as follows:(i) Banning hunting and poaching of tiger.(ii) Restricting trade of tiger skin, bones. etc.(iii) Giving legal protection to their habitats by creating tiger reserves, e.g., Corbett National Park in Uttarakhand and Sunderbans in West Bengal. There are 27 tiger reserves in India covering an area of 37,761 sq. km.(iv) To increase the tiger population through natural breeding within the reserves.(v) To conduct periodic censuses of tiger population.
Initially the Project Tiger showed success as the tiger population rose to 4002 in 1985 and 4334 in 1989. But in 1993, the population of the tiger had dropped to 3600. Presently, their number has further dwindled at an alarming figure.
Tiger conservation has been viewed not only as an effort to save an endangered species, but with equal importance as a means of preserving bio types of size able magnitude.

Ques 4: Discuss the role of local communities in the conservation of forests with the help of examples.Ans: Indian forests are home to some of the traditional communities who are dependent on forests for their livelihood. These local communities are struggling to conserve forests along with government officials in some areas and in many areas, villagers themselves are protecting the habitats and explicitly rejecting government involvement.
In Sariska Tiger Reserve, Rajasthan, villagers have fought against mining and destruction of forest by citing the Wildlife Protection Act.
The inhabitants of five villages in the Alwar district of Rajasthan have declared 1,200 hectares of forest area the Bhairodev Dakav ‘Sonchuri’, enforcing their own set of rules and regulations. They do not allow hunting, and are protecting the wildlife against any outside encroachments. On account of nature worship prevalent mainly among the tribals, several virgin forests have been preserved in their pristine form as ‘Sacred Groves’.
The Bishnois of Rajasthan are well known for protecting black bucks (chinkara) an endangered species, and herds of black buck, nilgai and peacocks can be seen as an integral part of the community and nobody harms them.
The famous Chipko Movement in the Himalayas led by local communities, especially women, successfully resisted deforestation in several areas. They have also shown that community afforestation with indigenous species can be enormously successful.
Traditional conservation methods are revived through the Beej Bachao Andolan in Tehri and Navdanya.
The Joint Forest Management programme furnishes a good, example for involving local communities in management and restoration of degraded forests.

Ques 5: What are ‘sacred groves’? Give examples of some species of flora which are worshipped by the tribals. How has the ‘sacredness’ ascribed to plants and animals helped in protecting them?Ans: Nature worship is an age-old tribal belief based on the premise that all creations of nature, i.e., plants, animals, all living things and the surrounding abiotic environment, are sacred and should be protected. On account of nature worship several virgin forests have been preserved in their pristine form and are called ‘Sacred Groves’ or forests of Gods and Goddesses. These patches of forests or parts of large forests have been left untouched by local communities and any interference with them is banned. These sacred groves have a wealth of diverse and rare species. Certain tribal societies revere a particular species of flora which they have preserved from time immemorial.The Mundas and the Santhals of Chhotanagpur region worship Mahua (Bassia Latifolia) and Kadamba (Anthocaphalus cadamba) trees.The tribals of Orissa and Bihar worship tamarind (Tamarindus indica) and mango (Mangifera indica) trees during weddings.On account of the ‘sacredness’ ascribed to them, certain plants and animals have been protected. Peepal and banyan trees and tulsi plants are considered sacred by many of us. These trees themselves or their leaves are part of worship during pujas and rituals. These trees are revered and protected.Troops of macaques and langur are found around many temples. They are fed daily and treated as a part of temple devotees.In and around Bishnoi village of Rajasthan herds of black buck (chinkara), nilgai and peacocks can be seen as an integral part of the community. The Bishnois consider these animals as sacred and protect them.

Ques 7: Write a note on the programmes accepted for conserving forest and wildlife in India.Ans: Conservation of forest and wildlife is necessary because it preserves the ecological diversity and preserves our life support system. The National Forest Policy outlines the following for protection, conservation and development of forests in India.
(i) Maintenance of environmental stability through preservation and restoration of ecological balance.(ii) Substantial increase in forest tree cover through massive afforestation and social forestry programmes.(iii) Steps to meet the requirements of good fuel in form of firewood and leaves, litter, fodder and minor forest products by increasing productivity of forests.(iv) Encouragement of efficient utilisation of forest produce and optimum substitution of wood.(v) Steps to create massive people’s movement with involvement of women to achieve the conservation of our national heritage and minimise the pressure on existing forests.
For conservation of wildlife the following steps have been undertaken in India:
(i) Development of 88 national parks, 490 wildlife sanctuaries and 13 biosphere reserves.(ii) Implementation of Wildlife Protection Act. 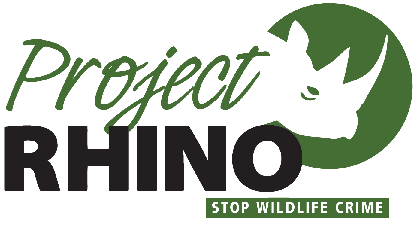 (iii) Protection of remaining population of endangered species by banning hunting, giving legal protection to their habitats and restricting trade in wildlife.(iv) Project Tiger, Project Rhino, Project Elephant etc for protection of threatened species in their natural habitats. 27 tiger reserves have been set up under Project Tiger.(v) Four coral reefs have been identified for conservation and management. Many wetlands in the country are linked with river system.