Flowering plants are the most diverse group of land plants with 300,000 known species. These are also known as angiosperms and produce seed-bearing fruits. It is believed that the flowering plant evolved from gymnosperms during the Triassic period and the first flowering plant emerged 140 million years ago. 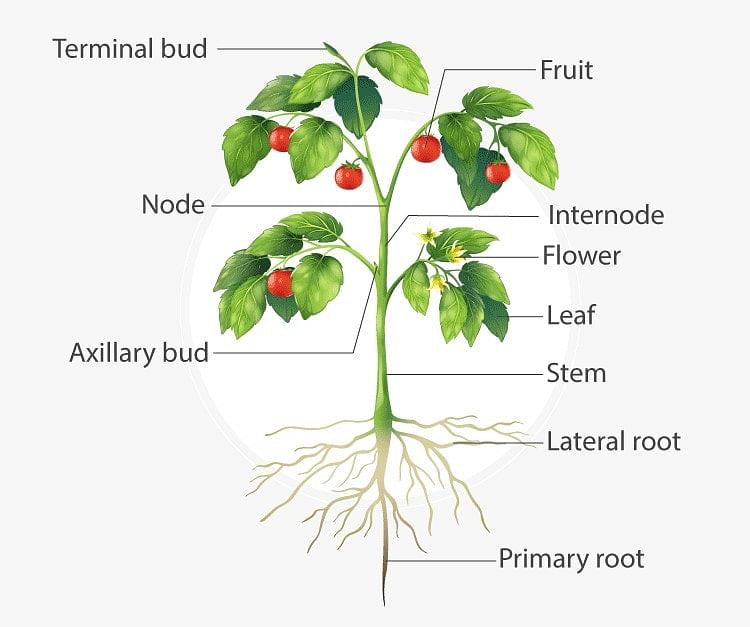 Flowers are the reproductive organs of the flowering plants and the most important feature that distinguishes them from other seed plants. These have led to the speciation of angiosperms that helps them to adapt to diverse ecological niches.The flowering plants reproduce by the process of pollination. In this, the pollen grains transfer from the anther of the male flowers to the stigma of the female flower where fertilization occurs and seed is formed.

When we look into the morphology of flowering plants, a plant has two systems root system and shoot system. The underground part is called the root while the one above is named the shoot.

The root is a brown, nongreen and underground part of a plant. Root with their branches is collectively called a root system. There are three types of the root system: 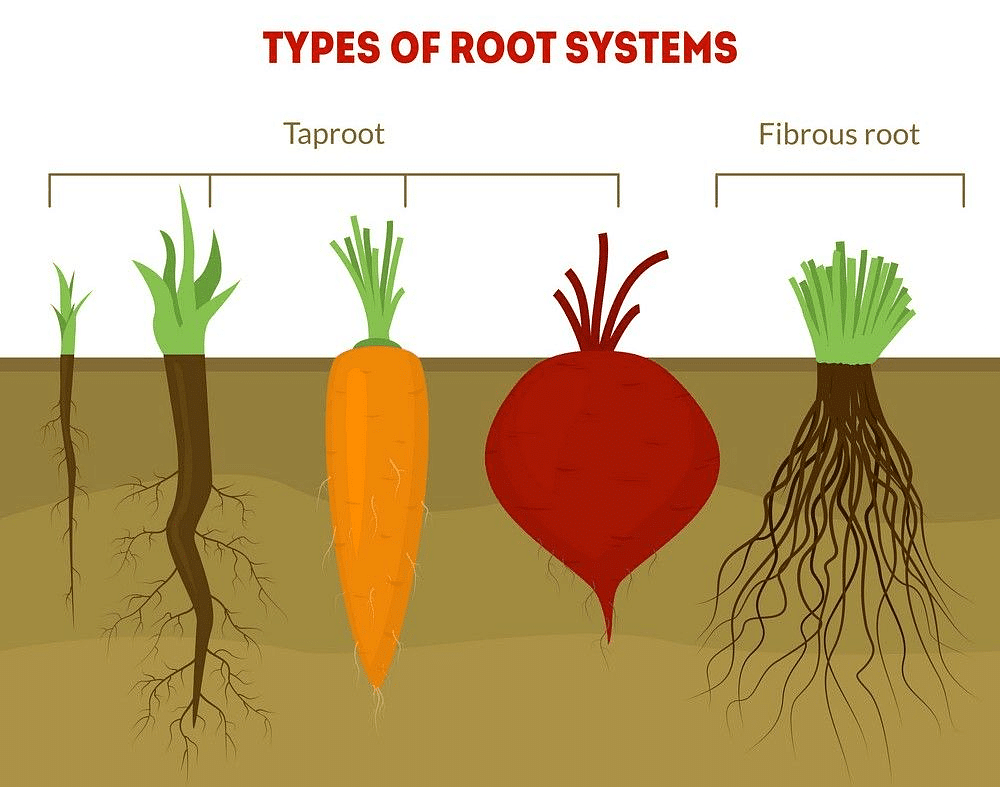 General functions of a root include:

The three regions of a root are-

Another essential part of the plant is its stem. It is the ascending part of the plant axis which bears branches, leaves, flowers, fruits and helps in the conduction of water and minerals. It is the aerial part of the plant, developed from the plumule of an embryo or the germinating seeds. Young stems are usually green in colour and subsequently becomes woody and brown. The stem is modified into certain structures according to the function they perform. 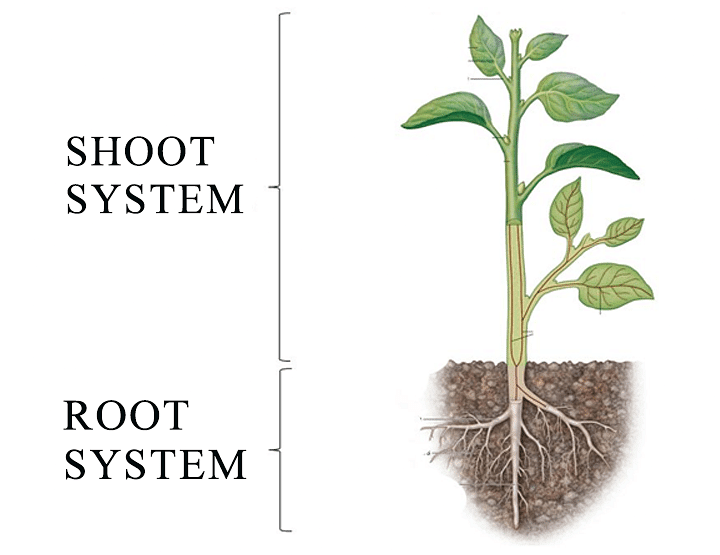 Some of the important characteristics of the stem are:

The stem is modified into the following different forms:

The leaf is a laterally borne structure and usually flattened. It is the main photosynthetic part of the plants. It absorbs light and helps in the exchange of gases through the stomata. The main parts of the leaf include the leaf base, petiole, and lamina. They grow at the node and bear a bud at the axil. The arrangement of veins and veinlets in a leaf is called venation. The leaves are green because of the presence of the photosynthetic pigment called chlorophyll and have a tiny pore or opening called stomata, where the gaseous exchange takes place. Leaves can be further classified into simple and compound leaf, which are based on the pattern of a leaf blade. There are other types of leaves and are classified based on their shapes, arrangements of leaves, and Venation.

Leaves are modified according to the functions they perform. The different structural forms of leaves include:

Some of the important functions performed by leaves are:

The flowers are the reproductive part of the plant. The arrangement of flowers on the floral axis is called inflorescence, which has two major parts called racemose which let the main axis continue to grow and cymose which terminates the main axis in a flow.The flower consists of four different whorls:

The reproduction in plants occurs by the process of pollination. It is the process of transfer of pollen from the anther to the stigma of the same or different plants.

The fruit is the characteristic feature of flowering plants, which is a ripened or mature ovary and the seed is what the ovules develop into after fertilization. The fruit that develops without fertilization is known as parthenocarpic.

There are three different types of fruits and are classified mainly based on their mode of development.

A seed is a basic part of a plant, which is found enclosed within the fruit. It is made up of a seed coat and an embryo. During the development of the fruit, the wall of the ovary becomes the pericarp. In some plants, the ovary wall dries out completely, while in some it remains fleshy.

Based on the number of cotyledons, seeds are further classified into two types- dicotyledonous and monocotyledonous seeds.