Semiconductors are the materials that have a conductivity between conductors (generally metals) and non-conductors or insulators (such as ceramics). Semiconductors can be compounds such as gallium arsenide or pure elements, such as germanium or silicon. Physics explains the theories, properties and mathematical approach governing semiconductors.

Transfer of electrons from valence band to conduction band 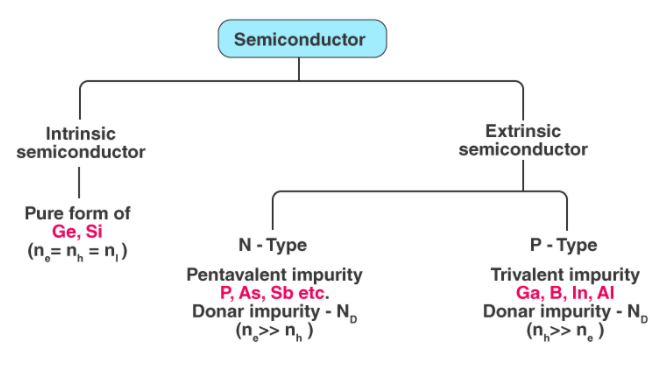 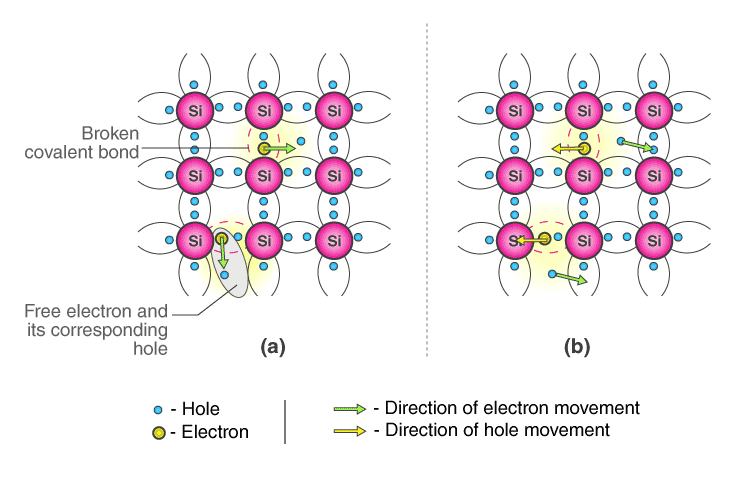 ➢ The Lattice of Pure Silicon Semiconductor at Different Temperatures

The document Semiconductors: Properties & Types - Notes | Study Physics Class 12 - NEET is a part of the NEET Course Physics Class 12.
All you need of NEET at this link: NEET
Attempt Now
Join Course