To reduce pollution, the use of a non-conventional source of energy is necessary for us.Q2. Write two different ways of harnessing energy from ocean.Ans: Ocean thermal energy and tidal energy can be harnessed from the ocean. 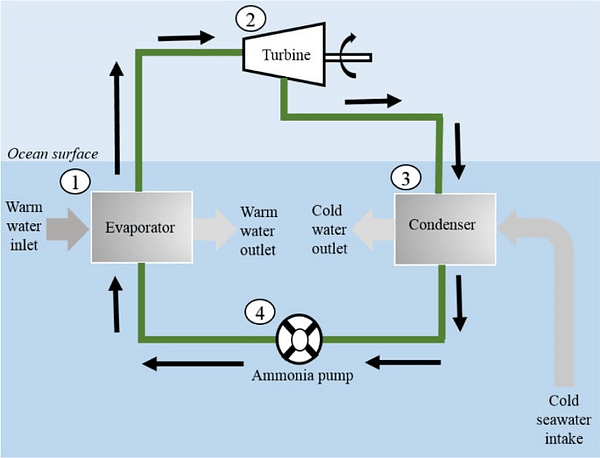 Q3. What steps would you suggest to minimise environmental pollution caused by the burning of fossil fuels?

Ans: Steps to minimise environmental pollution caused by burning of fossil fuels are as follows.

Q4. What is the role of a plane mirror and a glass sheet in a solar cooker?

Ans: Advantages of a solar cell is as follows.

Q6. What is biomass? What can be done to obtain bio-energy using biomass?

Q7. What are the limitations in obtaining energy from wind?

Q8. Which is the process used to harness nuclear energy these days? Explain it briefly.

Ans: Nuclear energy is harnessed in nuclear power plants. It has a nuclear reactor, boiler and turbine.

A black surface absorbs more heat as compared to a white or a reflecting surface under identical conditions. Solar cookers (Fig. 14.6) and solar water heaters use this property in their working. Some solar cookers achieve a higher temperature by using mirrors to focus the rays of the Sun. Solar cookers are covered with a glass plate. Solar energy trapped is reflected by the glass sheet which makes the food cook. 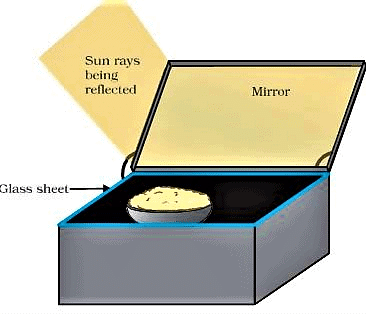 A typical cell develops a voltage of 0.5–1 V and can produce about 0.7 W of electricity when exposed to the Sun. A large number of solar cells are, combined in an arrangement called solar cell panel (Fig. 14.7) that can deliver enough electricity for practical use. The principal advantages associated with solar cells are that they have no moving parts, require little maintenance and work quite satisfactorily without the use of any focussing device. Another advantage is that they can be set up in remote and inaccessible hamlets or very sparsely inhabited areas in which laying of a power transmission line may be expensive and not commercially viable. 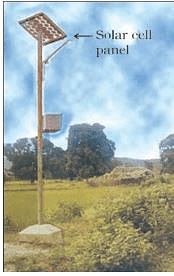 Q11. Why is there a need for harnessing non-conventional sources of energy? How can energy be harnessed from the sea in different ways?

Ans: Following are the reason for the need to harness non-conventional sources of energy.

Energy can be harnessed from the sea in the following ways:

Steps to minimize pollution are:

Q13. Energy from various sources is considered to have been derived from the sun. Do you agree? Justify your answer.Ans: Yes, the sun is the ultimate source of energy. Directly or indirectly, all the forms of energy are derived from solar energy.

Non-renewable sources of energy: Fossil fuels like coal, petroleum and natural gas are formed due to the burial of large plants and ancient creatures whose ultimate source of energy is the sun.

Renewable sources of energy: They are indirectly derived from solar energy such as

Thus, the energy from various sources is considered to have been derived from the sun.

Q14. What is biomass? Explain the principle and working of a biogas plant using a labelled schematic diagram.

Cow-dung, various plant materials like the residue after harvesting the crops, vegetable waste and sewage are decomposed in the absence of oxygen to give bio-gas.

The plant has a dome-like structure built with bricks. A slurry of cow-dung and water is made in the mixing tank from where it is fed into the digester. The digester is a sealed chamber in which there is no oxygen. Anaerobic micro-organisms that do not require oxygen decompose or break down complex compounds of the cow-dung slurry. It takes a few days for the decomposition process to be complete and generate gases like methane, carbon dioxide, hydrogen and hydrogen sulphide. The bio-gas is stored in the gas tank above the digester from which they are drawn through pipes for use. 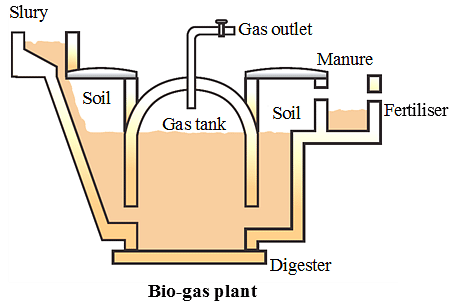 Biogas is an excellent fuel as it contains up to 75% methane. It burns without smoke, leaves no residue like ash in wood, charcoal and coal burning. Its heating capacity is high. Biogas is also used for lighting. The slurry left behind is removed periodically and used as excellent manure, rich in nitrogen and phosphorous. The large-scale utilisation of bio-waste and sewage material provides a safe and efficient method of waste disposal besides supplying energy and manure.