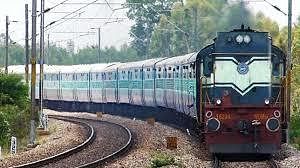 (vi) Which one of the following terms is used to describe trade between two or more countries?(a) Internal trade(b) International trade(c) External trade(d) Local tradeAns: (b) International tradeQues 2: Answer the following questions in about 30 words.(i) State any three merits of roadways.(ii) Where and why is rail transport the most convenient means of transportation?(iii) What is the significance of the border roads?(iv) What is meant by trade? What is the difference between international and local trade?Ans:

(i) Merits of roadways:(a) They are cheaper than railways in terms of construction costs.(b) Roads can go through dissected and undulating land areas and through steep mountains.(c) They are economical as loading costs are low and door-to-door service can be availed of. 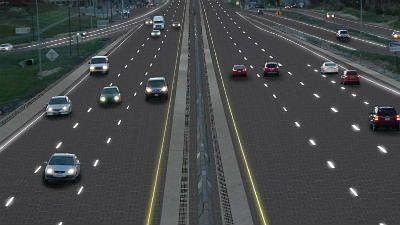 (ii) In the northern plains, rail transport is the most convenient mode of transportation. This is because this region has vast level lands that are good for laying tracks, and huge population and high agricultural productivity, making rail transport a profitable venture.(iii) Border roads are strategically important as they improve accessibility to areas like the northern and northeastern border areas which have difficult terrain.(iv) Trade is the movement of goods and services between regions for economic gain. Trade between two or more countries is termed international trade, while trade occurring in a region within the same country is called local trade.Ques 3: Answer the following questions in about 120 words.(i) Why are the means of transportation and communication called the lifelines of a nation and its economy?(ii) Write a note on the changing nature of international trade in the last fifteen years.Ans:

(i) Lifelines of a nation and its economy:(a) Transport system helps in the movement of goods and services from their supply locations to demand locations.(b) The means of transport provide an important link between the producers and consumers of goods/products.(c) They help in the development of agriculture and industry by providing raw materials and distributing finished goods.(d) A well-built transport system brings people from different regions within the country and world closer to one another.(e) With the advancement in the system of communication, each country is connected with the rest of the world. As a result, international trade adds vitality to its economy and enriches the lives of the people by raising their living standards.(f) Transport - Railways etc., helps in business sightseeing, pilgrimage and transportation of goods. Similarly pipelines, air transport are also very useful in the development of a country. Thus, means of transportation and communication are rightly called the lifelines of a nation and its economy.(ii) Changing nature of international trade:(а) Before globalisation, generally, bilateral agreements were made to integrate national economies with the world economy.(b) Now producers from outside the country can sell their goods and services in other countries.(c) Globalisation includes the movement of capital as well as workers from one country to other countries. The restrictions on the import of goods have been removed.(d) Under World Trade Organisation (WTO), efforts are being made to have multi-lateral agreements for international trade. WTO is regulating the international trade of goods as well as services.(e) Nature of international trade has thus changed. The export of agricultural products, minerals etc., have increased.(f) The import of petroleum products has too increased.(g) Exchange of commodities and goods have been superseded by the exchange of information and knowledge. India has emerged as a software giant at the international level. It is earning large foreign exchange through the export of information technology because of its fast-growing Business Process Outsourcing (BPO) sector.