Q1. Give two examples of different types of global exchanges which took place before the seventeenth century, choosing one example from Asia and one from the Americas.Ans:(i) Asia 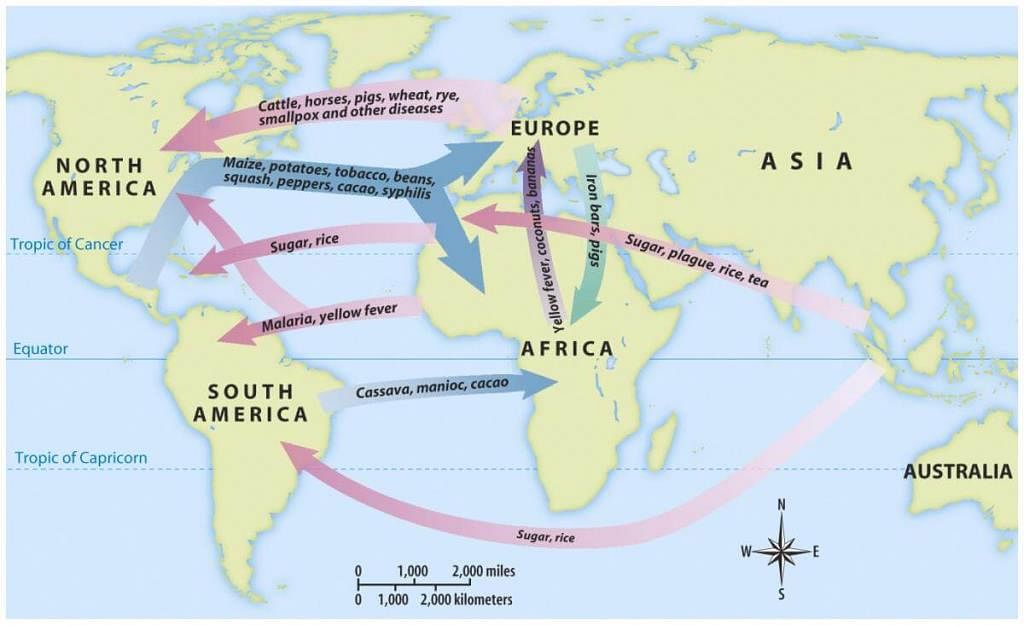 Q2. Explain how the global transfer of disease in the pre-modern world helped in the colonization of the Americas.Ans:

Q3. Write a note to explain the effects of the following:(a) The British government’s decision to abolish the Corn Laws.Ans:

(b) The coming of Rinderpest to AfricaAns:

(c) The death of men of working-age in Europe because of the World War.Ans:

(d) The Great Depression on the Indian EconomyAns:

(e) The decision of MNCs to relocate production to Asian countries.Ans: The relocation of industry to the low-wage countries had the following impact:

Q4. Give two examples from history to show the impact of technology on food availability.Ans:(i) Improved Transportation Systems: Improved transportation systems helped the foods get delivered on time to the markets without any harm. Faster railways, lighter wagons and larger ships helped move food cheaply and quickly from faraway farms to final markets.(ii) Refrigerated Ships: The development of refrigerated ships enabled the transport of perishable foods over long distances. Animals were slaughtered for food at the starting point -in America, Australia or New Zealand – and then transported to Europe as frozen meat. This reduced shipping costs and lowered meat prices in Europe. The poor in Europe could now add meat to their diet, which was monotonous with only bread and potatoes.Q5. What is meant by the Bretton Woods Agreement?Ans:

Q6. Imagine that you are an indentured Indian labourer in the Caribbean. Drawing from the details in this chapter, write a letter to your family describing your life and feelings.Ans:Dear Family,I hope you all are fine there. I am working in the Caribbean as an indentured labourer. Through this letter, I want to tell you about my work life and hardships. I have been hired by the colonisers under a contract that included wrong information regarding the place of work, mode of travel and living and working conditions. The contractor uses harsh and abusive language for us. There is a lot of work at the plantations with a heavy workload and sometimes I have to finish all of it in just one day. The contractor cuts my wages if he is not satisfied with my work. I am living here a slave’s life. I know you will be very upset to know my situation but the governments here are thinking to introduce new laws to protect the labourers like us. So, I hope this situation will pass soon.Your Loving,ABCQ7. Explain the three types of movements or flows within the international economic exchange. Find one example of each type of flow that involved India and Indians, and write a short account of it.Ans: The three types of movements or flows within the international economic exchange are:(i) Flow of trade (trade in goods such as cloth or wheat): India was involved in trade relations since ancient times. It exported textiles and spices in return for gold and silver from Europe.(ii) Flow of labour (the migration of people to new areas in search of work): In the nineteenth century, thousands of Indian labourers went to work on plantations, in mines, and in road and railway construction projects around the world. Indentured labourers were hired under contacts which promised their return to India after working for five years in the plantation. The living conditions were harsh and the labourers had very few legal rights.(iii) Flow of capital (short-term and long-term loan to and from other nations): To finance the World War, Britain took high loans from the USA. Since India was under British rule, the impact of these loan debts was felt in India too. The British government increased taxes, interest rates, and lowered the prices of products it bought from the colony. This affected the Indian economy very strongly.Q8. Explain the causes of the Great Depression.Ans: There were various factors that led to the Great Depression: 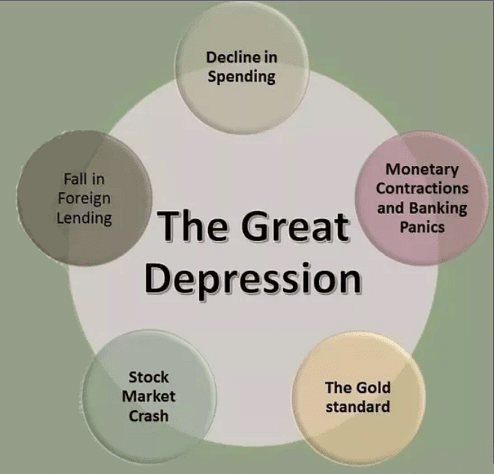 Q9. Explain what is referred to as the G-77 countries. In what ways can G-77 be seen as a reaction to the activities of the Bretton Woods twins?Ans: