The document NCERT Solutions: Wastewater Story Notes | Study Science Class 7 - Class 7 is a part of the Class 7 Course Science Class 7.
All you need of Class 7 at this link: Class 7

Q.1. Fill in the blanks:(a) Cleaning of water is a process of removing _______Ans. Contaminants

(b) Wastewater released by houses is called _______Ans. Sewage

(d) Drains get blocked by _______ and _______Ans. Cooking oil and fatsQ.2. What is sewage? Explain why it is harmful to discharge untreated sewage into rivers or seas.Ans. Wastewater released by houses is called sewage. Untreated sewage should not be discharged untreated into the sea because sewage consists of pollutants and harmful microorganisms which will contaminate water spreading diseases among people.Q.3. Why should oils and fats be not released in the drain? Explain.Ans. Oils and fats should not be released in the drain because drains get blocked by cooking oil and fats.Q.4. Describe the steps involved in getting clarified water from wastewater.Ans. The following steps are involved in clarifying wastewater:

Q.5. What is sludge? Explain how it is treated.Ans. Sludge is a semi-solid slurry that can be produced from a range of industrial processes, from water treatment, wastewater treatment or on-site sanitation systems or Semi-solids such as faeces that settle down during wastewater treatment are called sludge. This sludge is removed using a scraper and then transferred to a tank where it is decomposed by anaerobic bacteria to produce biogas. This biogas is used as a low-cost fuel for heating, cooking, etc. It is also used to produce electricity. Dried Sludge is used as manure instead of taking up space in a landfill or other disposal facility to improve and maintain productive soils and stimulate plant growth because it has nutrient-rich organic materials.

Q.6. Untreated human excreta is a health hazard. Explain.Ans. Untreated human excreta contains many microbes which can cause deadly diseases; like cholera, diarrhea, jaundice and typhoid. The germs of these diseases can easily reach human population through insects and through contaminated food and water. Thus, untreated human excreta are a health hazard.Q.7. Name two chemicals used to disinfect water.Ans. Bleaching Powder and Chlorine TabletsQ.8. Explain the function of bar screens in a wastewater treatment plant.Ans. Bar screens are large filters which are placed in the form of vertical screens. Large solid wastes like sticks, pebbles, sand, cans, plastic bottles, plastic bags, etc. are filtered out when the wastewater moves through the bar screen. 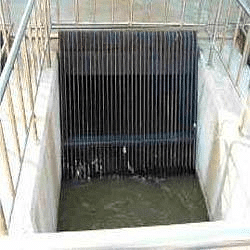 Q.11. Study the following statements about ozone:(a) It is essential for breathing of living organisms(b) It is used to disinfect water(c) It absorbs ultraviolet rays(d) Its proportion in air is about 3%Which of these statements are correct?(i) (a), (b) and (c)(ii) (b) and (c)(iii) (a) and (d)(iv) All fourAns. (ii) b and c 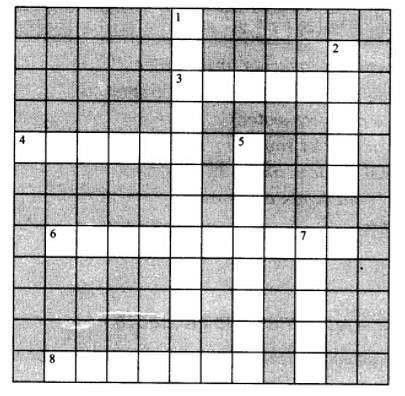 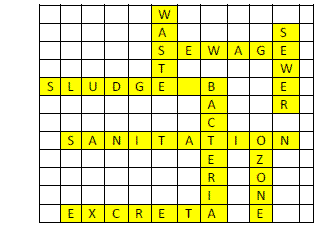 The document NCERT Solutions: Wastewater Story Notes | Study Science Class 7 - Class 7 is a part of the Class 7 Course Science Class 7.
All you need of Class 7 at this link: Class 7