Q3. State whether true or false:(a) The Mughal Empire became stronger in the eighteenth century.(b) The English East India Company was the only European Company that traded with India.(c) Maharaja Ranjit Singh was the ruler of Punjab. 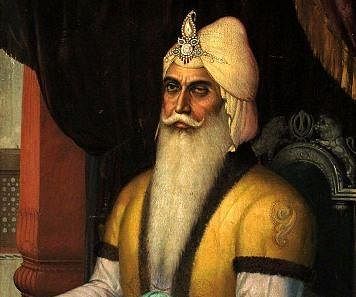 So it is because of these reasons which made India a place of attraction for many European trading companies.

Q5. What were the areas of conflict between the Bengal Nawabs and the East India Company?Ans: In the 18th century, after the death of Aurangzeb, the Bengal Nawabs asserted their power and autonomy as other regional powers were doing at that time. These Nawabs refused to grant the company further concessions, rather demanded large tributes from the company for giving them right to trade. These Nawabs also denied to give them any right to mint coins and stopped it from extending its fortifications. The Nawabs accused the company for depriving of huge amounts of revenue and undermining the authority of the Nawab.

The company, on the other hand, was refusing to pay taxes and writing disrespectful letters and trying to humiliate the Nawab and his officials. The company also declared that the unjust demands of the local officials were ruining the trade, which could flourish only if the duties were removed.

For example, the Nawab of Awadh was forced to give over half of his territory to the company in 1801 as he failed to pay for the Subsidiary forces.

Q8. In what way was the administration of the company different from that of Indian rulers?Ans:

Q9. Describe the changes that occurred in the composition of the company’s army. Ans: Along with bringing some new ideas of administration and reform the company gradually introduced many changes in its army. Earlier the Mughal Army was mainly composed of the cavalry & infantry who were actually recruited from peasants and were given training in archery and sword.

The Mughals never tried to modernize their army according to the changing period. Initially the East India Company adopted the same method when it began recruitment for its own army which was known as the Sepoy Army.

They also modernized their army with guns and small tanks. With the change in warfare technology, requirements of infantry regiments became more important than the cavalry requirements.

In the early 19th century the British began to introduce a uniform military culture in which soldiers were increasingly subjected to European - style of training, drill and discipline. These regulated their life far more than before.

But this often created problems since caste and community feelings were ignored in building such a force of professional soldiers. Also the Indian soldiers were not given the salary and treatment like their British counterparts.