The document NCERT Solution - Synthetic Fibres & Plastics Class 8 Notes | EduRev is a part of the Class 8 Course NCERT Textbooks (Class 6 to Class 12).
All you need of Class 8 at this link: Class 8

Ques 1: Explain why some fibres are called synthetic.

Ans: The fibres which are not natural and made by human beings are called synthetic fibres as they are manufactured by chemical processing of petrochemicals. These are made up of large units known as polymers. Examples of some synthetic fibres are rayon, nylon, etc. Ques 2: Rayon is different from synthetic fibres because

(b) It is obtained from wood pulp

Ans: (b) It is obtained from wood pulp

Ques 3: Fill in the blanks with appropriate words:

(b) Synthetic fibres are synthesised from raw material called ________.

Ques 4: Give examples which indicate that nylon fibres are very strong.

Ans: Nylon is used in making ropes which are used for heavy-duty purposes like mountaineering and in parachute. These examples show that nylon fibres are very strong.

Ques 5: Explain why plastic containers are favoured for storing food.

Ans: Plastic containers are favoured for storing food because of following reasons:(i) They are easy to handle because of their light weight.(ii) They are cheaper when compared to other containers.(iii) They are strong and durable.(iv) They are non-reactive to moisture and air.(v) They are corrosion free.

Ques 6: Explain the difference between the thermoplastic and thermosetting plastics.

Ans: The shape of thermoplastic can be easily changed by heating again, while the shape of thermosetting plastic cannot be altered once it has been mould into a particular shape. Thermoplastic is used in making toys, combs, containers, etc. Thermosetting plastic is used for making those items which need to withstand high temperature; such as handles of cooking utensils. Ques 7: Explain why the following are made of thermosetting plastics.

Ans: Saucepan handles have to withstand high temperatures during cooking and thermosetting plastic is ideal for that.

Ans: Electric plugs/switches/plug-boards need to be durable and should withstand continuous use over many years. Moreover, in case of some heating due electric current; they should not melt. Hence, these devices are made from thermosetting plastic. 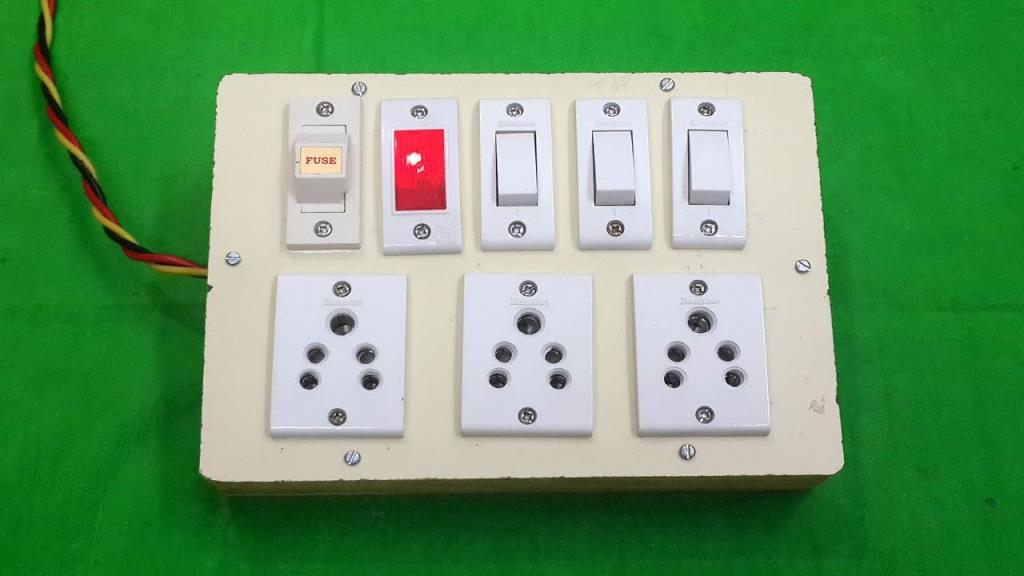 Ques 8: Categorize the materials of the following products into ‘can be recycled’ and ‘cannot be recycled’:

Ques 9: Rana wants to buy shirts for summer. Should he buy cotton shirts or shirts made from synthetic material? Advise Rana, giving your reason.

Ques 10: Give examples to show that plastics are noncorrosive in nature.

Ans: Following are some examples which show that plastics are noncorrosive in nature:(i) Plastic containers are used for storing food, chemicals and other things as they do not react with water and air.(ii) Teflon is used as coating on non-stick cookware.(iii) Bakelite is used for making electric switches and handles of the utensils because it is a poor conductor of heat and electricity.(iv) Melamine is used for making floor tiles and kitchenware because it is a good fire resistant and can tolerate heat better than other plastics.

Ques 11: Should the handle and bristles of a toothbrush be made of the same material? Explain your answer.

Ans: The handle and bristles of a toothbrush should be made of different materials. The material which is used for making toothbrush handle should be hard and flexible because the handle has to withstand lot of stress and has to reach every corner of mouth. The material which is used for making bristles should be soft, flexible yet durable because the bristles should not damage the tooth or gum but should last longer.

Ques 12: ‘Avoid plastics as far as possible’. Comment on this advice.

Ans: These days’ plastics have become an integral part of our life. But, we must avoid plastics as far as possible because:(i) Plastics are non-biodegradable and so take several years to get decomposed.(ii) Plastics release lots of poisonous fumes into atmosphere on burning that cause air pollution.(iii) The polybags carelessly thrown are responsible for clogging the drains.(iv) Animals like cows might consume plastics which might result in choking of their respiratory system and can even cause death.(v) Soil pollution is caused because of plastics.(vi) Threat to the aquatic animals is caused due to the plastics thrown away into the water bodies. 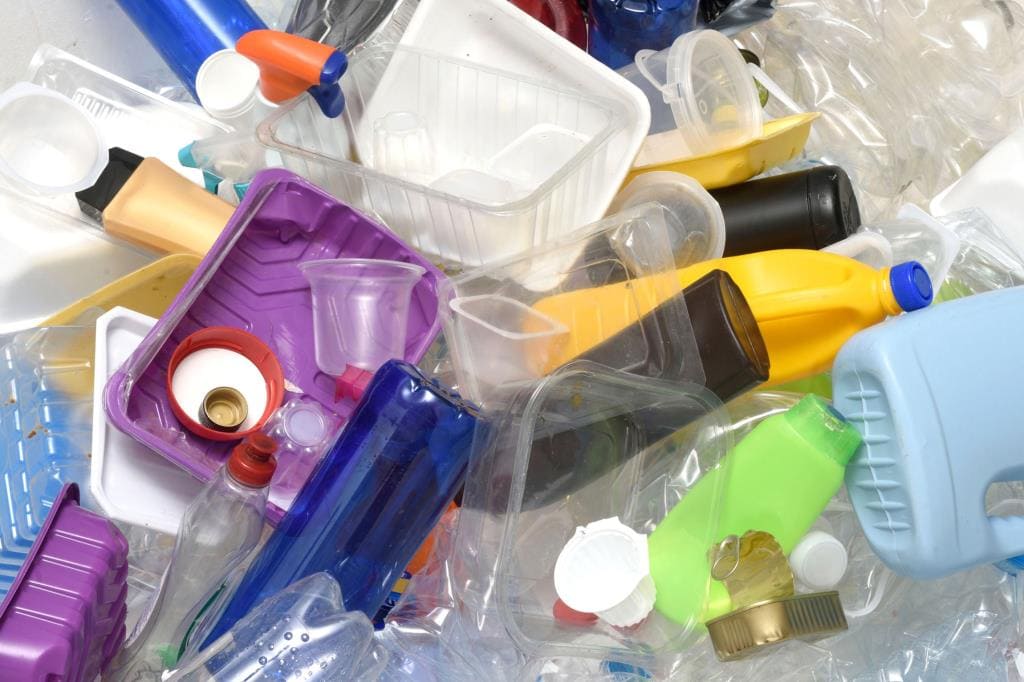 Ques 13: Match the terms of column I correctly with the phrases given in column II.

Ans: Forests provide many important raw materials from which we make various useful items. Many things which were earlier made from forest produce are now being made from synthetic fibres. For example: Plastic chairs have replaced wooden chairs in a big way. Similarly, wooden cartons and crates have been replaced by plastic cartons and crates. The way plastic has replaced wood from many items, it is definitely minimizing the need to cut forests. Thus, it can be said that manufacturing synthetic fibres is actually helping conservation of forests.

Ques 15: Describe an activity to show that thermoplastic is a poor conductor of electricity.

Ans: For this, take a discarded plastic toy, a torch which is in working order. Switch the torch on to check that it is in working condition. From the plastic toy, cut a small piece about the size of a coin. Now insert this coin between two cells of the torch.

Then tighten the lid of the torch. Now, switch on the torch. You will notice that the bulb does not glow. This happens because the plastic coin; between two cells; does not allow current to pass between two cells. This shows that thermoplastic is a poor conductor of electricity.