The document NCERT Solutions - Ear to Ear Notes | EduRev is a part of the Class 4 Course EVS for Class 4.
All you need of Class 4 at this link: Class 4
Page No. - 11 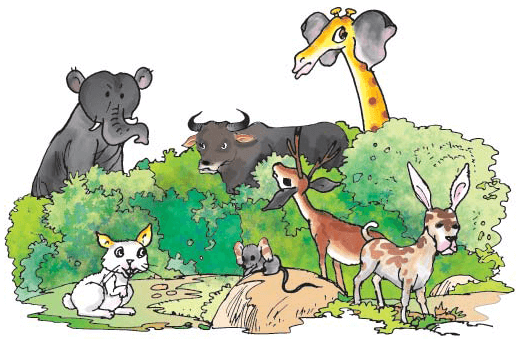 Who has got my ears? Are these animals looking funny? The artist has drawn wrong ears on the heads of the animals. Give correct ears to the animals in the space given below.

Ques 1: Different animals have different kinds of ears. Among the animals given below, which one have ears that you can see? In which animal can you not see the ears? Write in the table below.

Hint: Ants do not have ears. They have special sensors on their feet, which feel the vibrations through the ground. Thus, ants cannot be categorised in any of the above columns.

Ques 1: Find out some other animals which have ears that we can not see. Write their names.Ans: Some animals whose ears we cannot see are snake, pigeon, crocodile and fish. 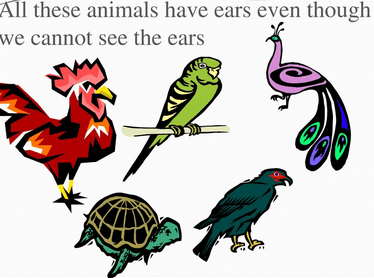 Ques 1: Match the animals shown here with the pictures of their skin. Make the correct pattern of the skin on the picture of each animal. 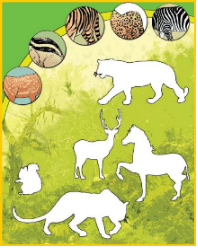 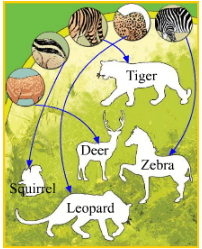 Ques 1:  You might have seen some of the animals given below.

Put the names of the animals in the table below. 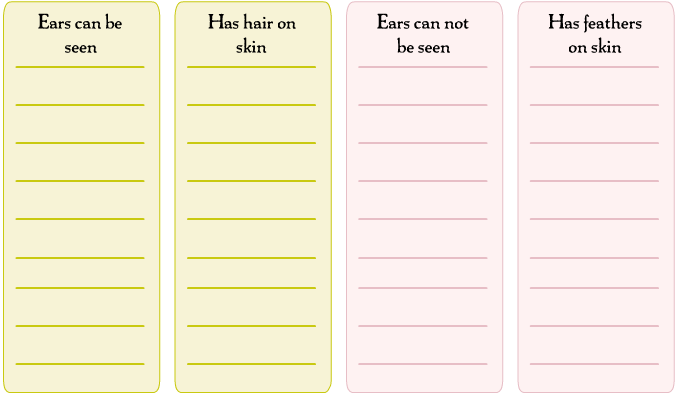 * Some species of lizards are oviparous (egg-laying) as well as viviparous (giving birth to young ones).

Ques 1:  I. Have you seen animals around your house or school that have small babies? Write their names in your notebook.II. Have you ever kept a pet? Does anyone you know keep a pet?III. Find out more about the pet.

Ans:Hint: The purpose of this section is to encourage the students to think and to observe their surroundings. Keeping this in mind, it is highly recommended that the students prepare the answer on their own.

Ques 1: Look at this animal. Write its name. Do you know that this is our National Animal?

Ans: The animal shown in the image is the tiger, which is our National Animal.Ques 2: Where does it live?

Ans: Tiger is a wild animal and it lives in the forests mainly near bushes, tall grasses and ponds.