The document NCERT Solutions: Environmental Issues Notes | Study Biology Class 12 - NEET is a part of the NEET Course Biology Class 12.
All you need of NEET at this link: NEET

Ques 1: What are the various constituents of domestic sewage? Discuss the effects of sewage discharge on a river.Ans 1:Domestic sewage is the waste originating from the kitchen, toilet, laundry, and other sources. It contains impurities such as suspended solid (sand, salt, clay), colloidal material (fecal matter, bacteria, plastic and cloth fiber), dissolved materials (nitrate, phosphate, calcium, sodium, ammonia), and disease-causing microbes.

When organic wastes from the sewage enter the water bodies, it serves as a food source for micro-organisms such as algae and bacteria. As a result, the population of these microorganisms in the water body increases. 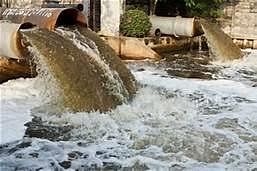 Here, they utilize most of the dissolved oxygen for their metabolism. This results in an increase in the levels of Biological oxygen demand (BOD) in river water and results in the death of aquatic organisms. Also, the nutrients in the water lead to the growth of planktonic algal, causing algal bloom. This causes deterioration of water quality and fish mortality.Ques 2: List all the wastes that you generate, at home, school or during your Trips to other places, could you very easily reduce? Which would be Difficult or rather impossible to reduce?Ans 2: Wastes generated at home include plastic bags, paper napkin, toiletries, kitchen wastes (such as peelings of vegetables and fruits, tea leaves), domestic sewage, glass, etc.

Yes, wastes can be easily reduced by the judicious use of the above materials. Wastage of paper can be minimized by writing on both sides of the paper and by using recycled paper. Plastic and glass waste can also be reduced by recycling and re-using.

Also, substituting plastics bags with biodegradable jute bags can reduce wastes generated at home, school, or during trips. Domestic sewage can be reduced by optimizing the use of water while bathing, cooking, and other household activities.

Non- biodegradable wastes such as plastic, metal, broken glass, etc. are difficult to decompose because micro-organisms do not have the ability to decompose them.Ques 3: Discuss the causes and effects of global warming. What measures need to be taken to control global warming?Ans 3: Global warming is defined as an increase in the average temperature of the Earth’s surface. 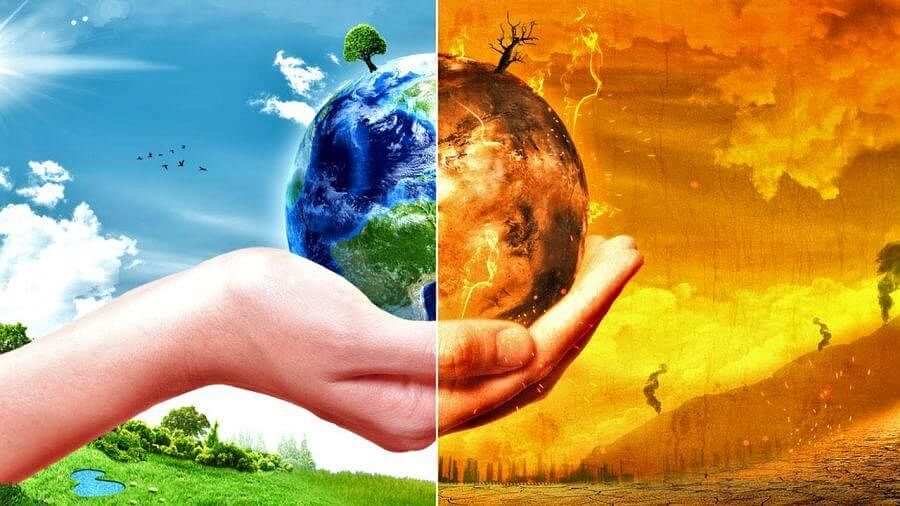 As a result, the natural water cycle has been disturbed resulting in changes in the pattern of rainfall. It also changes the amount of rain water.

Also, it results in the melting of Polar ice caps and mountain glaciers, which has caused a rise in the sea level, leading to the inundation of coastal regions.Control measures for preventing global warming:1. Reducing the use of fossil fuels2. Use of bio-fuels3. Improving energy efficiency4. Use of renewable source of energy such as CNG etc.5. Reforestation.6. Recycling of materials

Ques 4: Match the items given in column A and B:

Ques 5:Write critical notes on the following:  (a) Eutrophication  (b) Biological magnification  (c) Groundwater depletion and ways for its replenishmentAns 5: (a) Eutrophication: It is the natural ageing process of a lake caused due to nutrient enrichment. It is brought down by the runoff of nutrients such as animal wastes, fertilizers, and sewage from land which leads to an increased fertility of the lake.

As a result, it causes a tremendous increase in the primary productivity of the ecosystem. This leads to an increased growth of algae, resulting into algal blooms. Later, the decomposition of these algae depletes the supply of oxygen, leading to the death of other aquatic animal life. 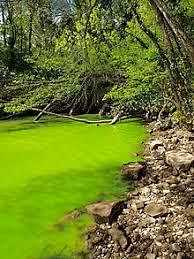 (b) Biological magnification: To protect the crops from the several diseases and pests, a large number of pesticides are used. These pesticides reach the soil and are absorbed by plants with water and minerals from the soil.

Due to rain, these chemicals can also enter water sources and into the body of aquatic plants and animals. As a result, chemicals enter the food chain. Since these chemicals cannot be decomposed, they keep on accumulating at each trophic level. The maximum concentration is accumulated at the top carnivore’s level. 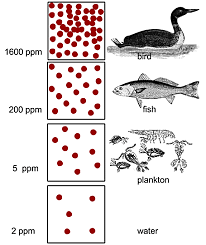 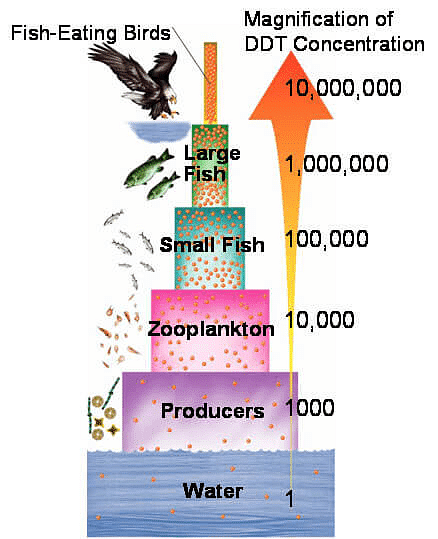 (c) Ground water depletion and ways for its replenishment: The level of ground water has decreased in the recent years. The source of water supply is rapidly diminishing each year because of an increase in the population and water pollution.

To meet the demand of water, water is withdrawn from water bodies such as ponds, rivers etc. As a result, the source of ground water is depleting. This is because the amount of groundwater being drawn for human use is more than the amount replaced by rainfall.

Lack of vegetation cover also results in very small amounts of water seeping through the ground. An increase in water pollution is another factor that has reduced the availability of ground water.

Measures for replenishing ground water:1. Preventing over-exploitation of ground water.2. Optimizing water use and reducing water demand.3. Rain water harvesting.4. Preventing deforestation and plantation of more trees.Ques 6: Why ozone hole forms over Antarctica? How will enhanced ultraviolet Radiations affect us?Ans 6: The ozone hole is more prominent over the region of Antarctica. It is formed due to an increased concentration of chlorine in the atmosphere.Chlorine is mainly released from chlorofluorocarbons (CFC’s) widely used as refrigerants. The CFC’s magnate from the troposphere to the stratosphere, where they release chlorine atoms by the action of UV rays on them. 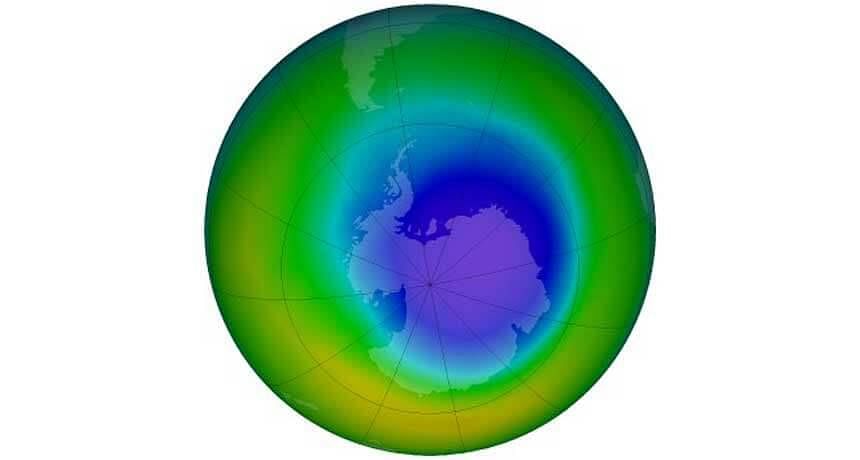 The release of Chlorine atoms causes the conversion of ozone into molecular oxygen. One atom of chlorine can destroy around 10,000 molecules of ozone and causes ozone depletion.The formation of the ozone hole will result in an increased concentration of UV - B radiations on the Earth’s surface. UV −B damages DNA and activates the process of skin ageing. It also causes skin darkening and skin cancer. High levels of UV −B cause corneal cataract in human beings.Ques 7: Discuss the role of women and communities in protection and conservation of forests.Ans 7: Women and communities have played a major role in environmental conservation movements.1. Case study of the Bishnoi community: The Bishnoi community in Rajasthan strictly believes in the concept of living peacefully with nature. In 1731, the king of Jodhpur ordered his ministers to arrange wood for the construction of his new palace. For this purpose, the minister and the workers went to Bishnoi village. 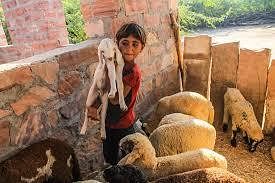 There, a Bishnoi woman called Amrita Devi along with her daughter and hundreds of other Bishnois showed the courage to step forward and stop them from cutting trees. They embraced the trees and lost their lives at the hands of soldiers of the king. This resistance by the people of the village forced the king to give up the idea of cutting trees.2. Chipko movement: The Chipko movement was started in 1974 in the Garhwal region of the Himalayas. In this movement, the women from the village stopped the contractors from cutting forest trees by embracing them. 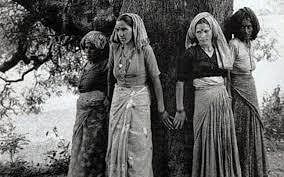 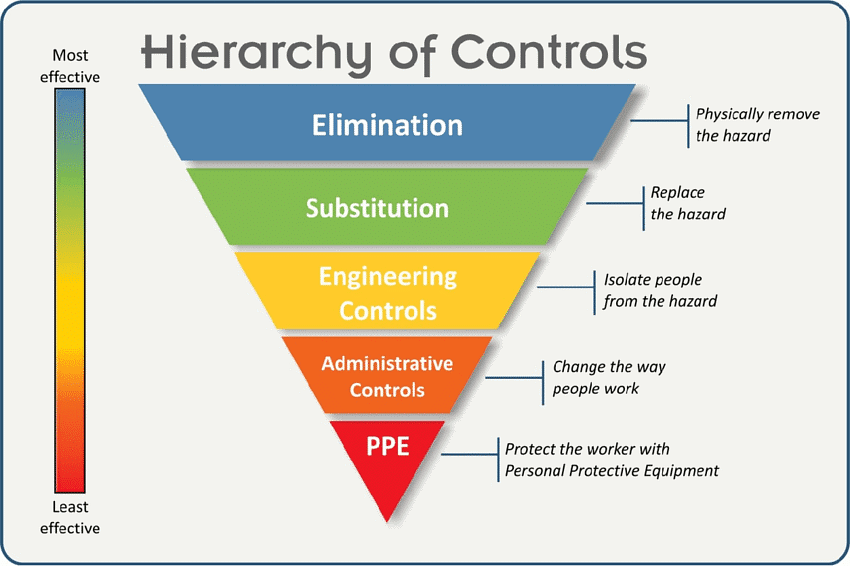 These rays cause mutation in organisms, which often results in skin cancer. At high dosage, these rays can be lethal. Safe disposal of radioactive wastes is a big challenge. It is recommended that nuclear wastes should be stored after pre-treatment in suitable shielded containers, which should then be buried in rocks.(b) Defunct ships and e-wastes: Defunct ships are dead ships that are no longer in use. Such ships are broken down for scrap metal in countries such as India and Pakistan. These ships are a source of various toxicants such as asbestos, lead, mercury etc. Thus, they contribute to solid wastes that are hazardous to health.

E-wastes or electronic wastes generally include electronic goods such as computers etc. Such wastes are rich in metals such as copper, iron, silicon, gold etc. These metals are highly toxic and pose serious health hazards.

People of developing countries are involved in the recycling process of these metals and therefore, get exposed to toxic substances present in these wastes.(c) Municipal solid wastes: Municipal solid wastes are generated from schools, offices, homes, and stores. It is generally rich in glass, metal, paper waste, food, rubber, leather, and textiles. The open dumps of municipal wastes serve as a breeding ground for flies, mosquitoes, and other disease-causing microbes.

Hence, it is necessary to dispose municipal solid waste properly to prevent the spreading of diseases. Sanitary landfills and incineration are the methods for the safe disposal of solid wastes.

Ques 10: What initiatives were taken for reducing vehicular air pollution in Delhi? Has air quality improved in Delhi?Ans 10: Delhi has been categorized as the fourth most polluted city of the world in a list of 41 cities. Burning of fossil fuels has added to the pollution of air in Delhi.

Various steps have been taken to improve the quality of air in Delhi.

1. Introduction of CNG (Compressed Natural Gas): By the order of the supreme court of India, CNG-powered vehicles were introduced at the end of year 2006 to reduce the levels of pollution in Delhi. CNG is a clean fuel that produces very little unburnt particles.2. Phasing out of old vehicles.3. Use of unleaded petrol.4 .Use of low-sulphur petrol and diesel.5. Use of catalytic converters.6. Application of stringent pollution-level norms for vehicles.7. Implementation of Bharat stage I, which is equivalent to euro II norms in vehicles of major Indian cities. The introduction of CNG-powered vehicles has improved Delhi’s air quality, which has lead to a substantial fall in the level of CO2 and SO2. However, the problem of suspended particulate matter (SPM) and respiratory suspended particulate matter (RSPM) still persists. 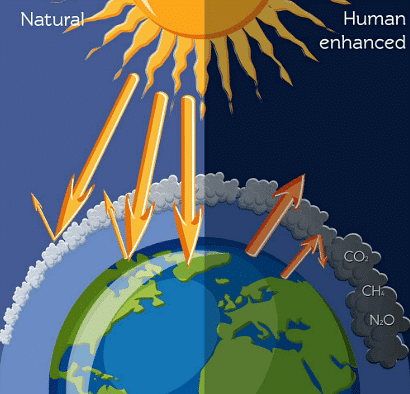 This helps in keeping our planet warm and thus, helps in human survival. However, an increase in the amount of greenhouse gases can lead to an excessive increase in the Earth’s temperature, thereby causing global warming.

(c) Ultraviolet-B: Ultraviolet-B is an electromagnetic radiation which has a shorter wavelength than visible light. It is a harmful radiation that comes from sunlight and penetrates through the ozone hole onto the Earth’s surface.

It induces many health hazards in humans. UV −B damages DNA and activates the process of skin ageing. It also causes skin darkening and skin cancer. High levels of UV −B cause corneal cataract in human beings.

The document NCERT Solutions: Environmental Issues Notes | Study Biology Class 12 - NEET is a part of the NEET Course Biology Class 12.
All you need of NEET at this link: NEET