In The Earliest Cities

Q1. How do archaeologists know that cloth was used in the Harappan civilisation?

Answer: Archaeologists knew that cloth was used in the Harappan civilisation because actual pieces of cloth were found attached to the lid of a silver vase and some copper objects at Mohenjodaro. They have also found spindle whorls, made of terracotta and faience which were used to spin thread.

Q3. Why were metals, writing, the wheel, and the plough important for the Harappans?

Answer: Things and its importance:• Metals – For making tools, weapons, ornaments and vessels• Writing – For maintaining records.• Wheels – Used as means of transport.• Ploughing – For tilling the land so that farming could be done.

Q4. Make a list of all the terracotta toys shown in the lesson. Which do you think children would have enjoyed playing with the most?

Answer: List of terracotta toys shown in the lesson:• Animal figures• Wheeled vehicles• Toy ploughChildren would have enjoyed playing with the wheeled vehicles most. 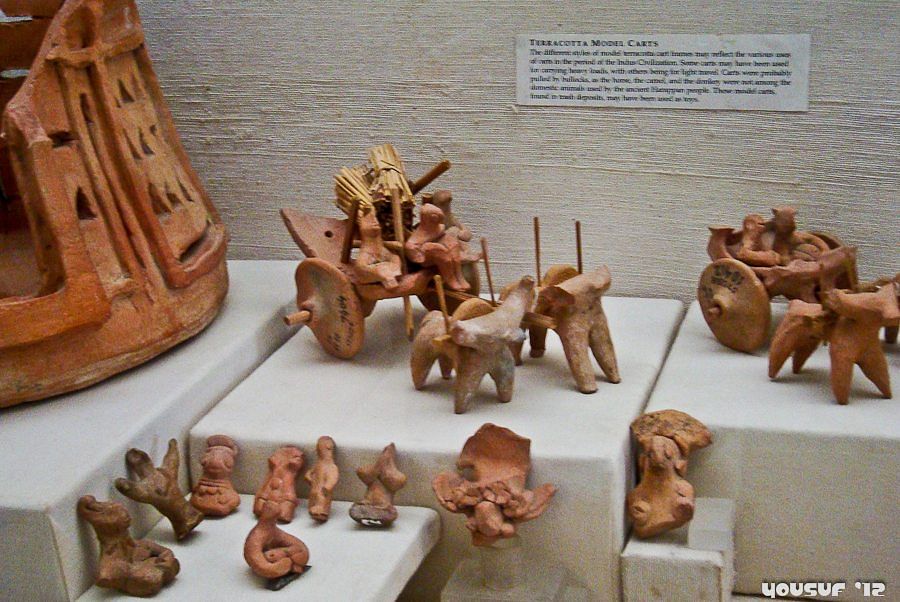 Q5. Make a list of what the Harappans ate, and put a tick mark against the things you eat today.