The document NCERT Solutions - Nasruddin's Aim Notes | Study EVS for Class 4 - Class 4 is a part of the Class 4 Course EVS for Class 4.
All you need of Class 4 at this link: Class 4

Question 1: Shoot the arrow and hit the target by matching the words with their correct meanings. 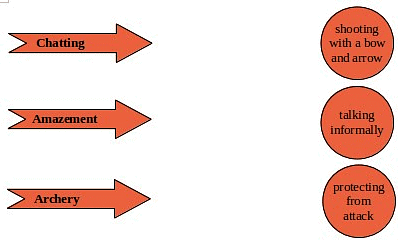 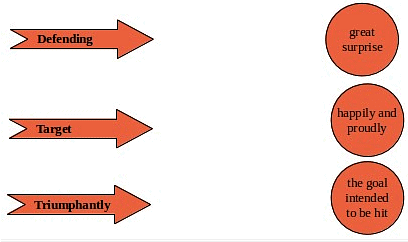 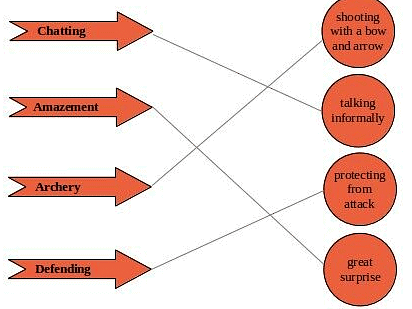 Question 1: This is a picture of Rahul Gupta. Using the clues given, write a paragraph about him in your notebook. 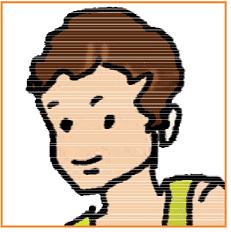 AnswerDisclaimer: This is a sample answer. Students are advised to write the answer based on their own imaginative skills.

This is Rahul Gupta. He is an Indian. He plays cricket very well. His aim is to become a part of Indian cricket team. He is a very hard-working boy. He practises cricket for over eight hours daily. He is known to be a very good batsman among his friends. He also takes great care of his health. He eats healthy food like milk, eggs and meat. He exercises daily and also runs two kilometres every day to stay fit and fine.

Question 2:  Use the words ‘and’ or ‘but’ and make as many sentences as you can about Rajiv’s family. 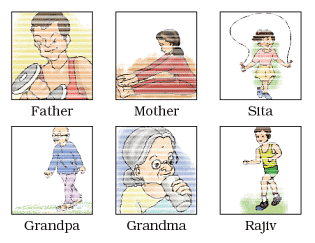 AnswerDisclaimer: These are sample answers. Students are advised to write the answers based on their own imaginative and writing skills.1) Sita and Rajiv exercise daily in the park. Sita likes to run but Rajiv likes to walk.2) Father and mother take care of their body. Father is working out with dumbles but mother is doing yoga.3) Grandma and Grandpa eat healthy food Grandma is having milk but Grandpa is walking in the park.

Question 3: The following words are used in various sports. List them under the sport that they are used in.

Some words may be used in more than one game.

The document NCERT Solutions - Nasruddin's Aim Notes | Study EVS for Class 4 - Class 4 is a part of the Class 4 Course EVS for Class 4.
All you need of Class 4 at this link: Class 4