The document NCERT Solutions(Part- 1)- Understanding Quadrilaterals Class 8 Notes | EduRev is a part of the Class 8 Course Mathematics (Maths) Class 8.
All you need of Class 8 at this link: Class 8

Classify each of them on the basis of the following(a) Simple curve (b) Simple closed curve (c) Polygon(d) Convex polygon (e) Concave polygon Solution. 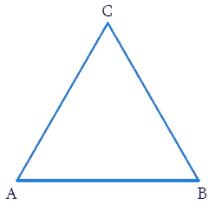 A triangle has no diagonal because there no two non-consecutive vertices.

Note: Number of diagonals in a polygon of n-sides = Using the angle sum property of triangle again, ABCD is a concave quadrilateral, made of two triangles ΔABD and ΔBCD. Therefore, the sum of all the interior angles of this quadrilateral will also be, 180∘+180∘ = 360∘Question 4. Examine the table. (Each figure is divided into triangles and the sum of the angles deduced from that).

Solution.A polygon is said to be a regular polygon if:

(a) A regular polygon of three sides is called an equilateral Triangle. 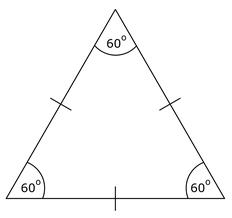 (b) A regular polygon of 4 sides is called square. (c) A regular polygon of 6 sides is called regular hexagon. Q.6. Find the angle measure x in the following figures. 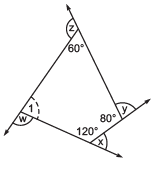