Ques 2. What were the limitations of Dobereiner's classification?Ans: Limitation of Dobereiner's classification:(i) He could only classify three triads from the elements discovered at that time.(ii) Many chemically similar elements like nitrogen, phosphorus and arsenic could not prove the validity of Dobereiner’s theory of triads.(iii) Many elements having different chemical properties like carbon, nitrogen and oxygen could not verify his theory of triads.Ques 3. What were the limitations of Newlands' Law of Octaves?Ans: Limitations of Newlands' law of octaves:

Ques 1. Use Mendeleev's Periodic Table to predict the formulae for the oxides of the following elements:K, C, Al, Si, Ba.Ans: Oxygen is a member of group VI A in Mendeleev’s periodic table. Its valency is 2. Similarly, the valencies of all the elements listed can be predicted from their respective groups. This will help in writing the formulae of their oxides.

(i) Potassium (K) is a member of group IA. Its valency is 1. Therefore, the formula of its oxide is K2O.

(iii) Aluminium (Al) belongs to group III A and its valency is 3. The formula of its oxide is Al2O3.

(iv) Silicon (Si) is present in group IV A after carbon. Its valency is also 4. The formula of its oxide is Si2O4 or SiO2.

Ques 3. What were the criteria used by Mendeleev in creating his Periodic Table?Ans: Mendeleev’s periodic table was based on the observation that the properties of elements are a periodic function of their atomic masses. This means that if elements are arranged in the increasing order of their atomic masses, then their properties get repeated after regular intervals.Ques 4. Why do you think the noble gases are placed in a separate group?Ans: Noble gases are inert elements. Their properties are different from all other elements. Therefore, the noble gases are placed in a separate group. 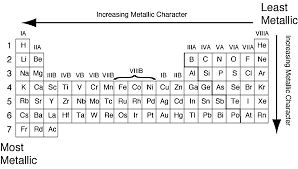 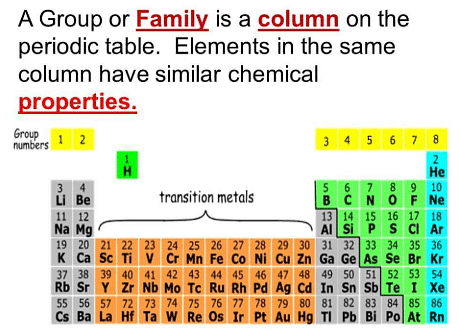 Ques 6. The position of three elements A, B and C in the Periodic Table are shown below -

(a) State whether A is a metal or non-metal.(b) State whether C is more reactive or less reactive than A.(c) Will C be larger or smaller in size than B?(d) Which type of ion, cation or anion, will be formed by element A?Ans:(a) A is a non-metal.(b) C is less reactive than A, as reactivity decreases down the group in halogens.(c) C will be smaller in size than B as moving across a period, the nuclear charge increases and therefore, electrons come closer to the nucleus.(d) A will form an anion as it accepts an electron to complete its octet.Ques 7. Nitrogen (atomic number 7) and phosphorus (atomic number 15) belong to group 15 of the Periodic Table. Write the electronic configuration of these two elements. Which of these will be more electronegative? Why?Ans:Nitrogen (7): 2, 5Phosphorus (15): 2, 8, 5Nitrogen is more electronegative than phosphorus. On moving down a group, the number of shells increases. Therefore, the valence electrons move away from the nucleus and the effective nuclear charge decreases. This causes the decrease in the tendency to attract electrons and hence electronegativity decreases. 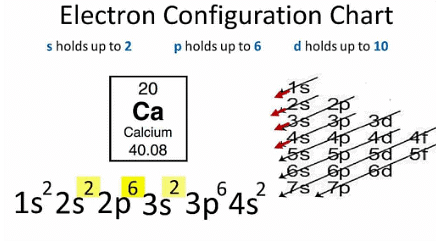 Since electronegativity decreases with moving from top to bottom in a group, thus Nitrogen will be more electronegative.Ques 8. How does the electronic configuration of an atom relate to its position in the Modern Periodic Table?Ans:In the modern periodic table, atoms with similar electronic configurations are placed in the same column. In a group, the number of valence electrons remains the same.Elements across a period show an increase in the number of valence electrons.Ques 9. In the Modern Periodic Table, calcium (atomic number 20) is surrounded by elements with atomic numbers 12, 19, 21, and 38. Which of these have physical and chemical properties resembling calcium?Ans:The element with atomic number 12 has same chemical properties as that of calcium. This is because both of them have same number of valence electrons (2). 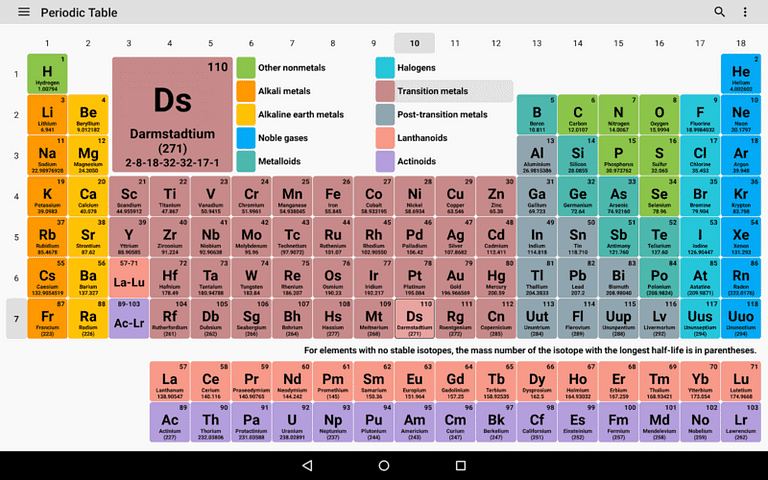 Ques 10. Compare and contrast the arrangement of elements in Mendeleev's periodic Table and the Modern Periodic Table.