Q.1. What is the basis of classification of Algae?Ans. Algae are classified into three main classes namely Chlorophyceae, Phaeophyceae, and Rhodophyceae. 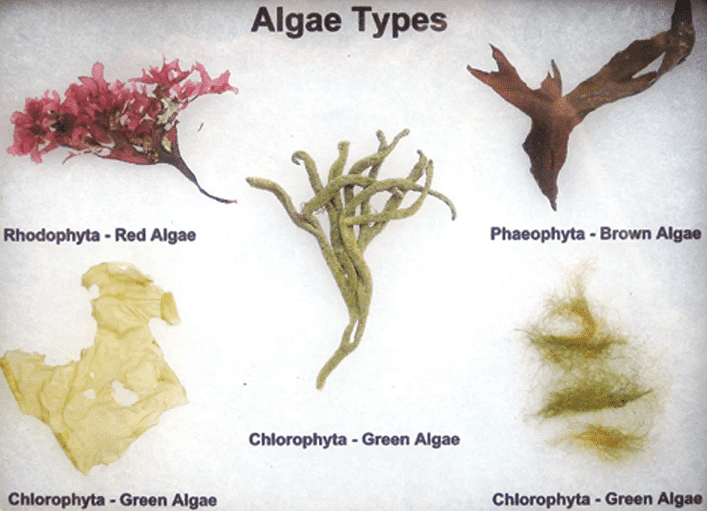 These divisions are based on the following factors:

Q.2. When and where does reduction division take place in the life cycle of a liverwort, a moss, a fern, a gymnosperm and an angiosperm?

Q.3. Name three groups of plants that bear archegonia. Briefly describe the life cycle of any one of them.Ans. Archegonium is the female sex organ that produces the female gamete or egg. It is present in the life cycles of bryophytes, pteridophytes, and gymnosperms.

Life cycle of a fern (Dryopteris)

Q.5. Write a note on the economic importance of algae and gymnosperms.Ans.

Algae have diverse economic uses. They perform half of the total carbon dioxide fixation on earth by photosynthesis, acting as the primary producers in aquatic habitats.

Q.6. Both gymnosperms and angiosperms bear seeds, then why are they classified separately?

Q.7. What is heterospory? Briefly comment on its significance. Give two examples.Ans.

Q.8. Explain briefly the following terms with suitable examples:(i) protonema(ii) antheridium(iii) archegonium(iv) diplontic(v) sporophyll(vi) isogamyAns. (i) Protonema: It is the first stage in the life cycle of a moss, developing directly from the spore. It consists of creeping, green, branched, and often filamentous structures.

(ii) Antheridium: It is the male sex organ present in bryophytes and pteridophytes and is surrounded by a jacket of sterile cells. It encloses the sperm mother cells, which give rise to the male gametes.

(iv) Diplontic: It is the term used for the life cycles of seed-bearing plants (gymnosperms and angiosperms). In these plants, the diploid sporophyte is dominant, photosynthetic, and independent. The gametophyte is represented by a single-celled (or a few-celled) structure.

(v) Sporophyll: In pteridophytes, the sporophytic plant body bears sporangia. These sporangia are subtended by leaf-like appendages known as sporophylls. In gymnosperms, microsporophylls and megasporophylls are found. These bear microspores and megaspores respectively.

(vi) Isogamy: It is a type of sexual reproduction involving the fusion of morphologically similar gametes. This means that the gametes are of the same size, but perform different functions. This type of reproduction is commonly observed in Spirogyra.Q.9. Differentiate between the following:(i) red algae and brown algae(ii) liverworts and moss(iii)homosporous and heterosporous pteridophyte(iv)syngamy and triple fusion

Q.10. How would you distinguish monocots from dicots?

Ans. Monocots and dicots can be differentiated through their morphological and anatomical characteristics.

Q.11. Match the followings (column I with column II)

Ans. Important features of gymnosperms are: