Vegetative propagation is a process in which new plants are obtained without the production of seeds or spores. It involves the propagation of plants through certain vegetative parts such as the rhizome, sucker, tuber, bulb, etc.

It does not involve the fusion of the male and the female gamete and requires only one parent. Hence, vegetative reproduction is considered as a type of asexual reproduction. 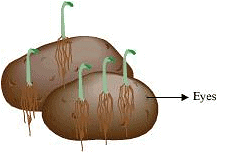 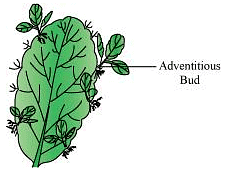 Q.14. Differentiate between Gametogenesis from Embryogenesis.

Q.15. Describe the post-fertilization changes in a flower.Ans.
Q.16. What is a Bisexual flower? Collect five bisexual flowers from your neighborhood and with the help of your teacher find out their common and scientific names.

Ans. A flower that contains both the male and female reproductive structure (stamen and pistil) is called a bisexual flower.Examples of plants bearing bisexual flowers are:

Q.17. Examine a few flowers of any cucurbit plant and try to identify the staminate and pistillate flowers. Do you know any other plant that bears unisexual flowers?