Q.1.1. Why are Solids rigid?Ans: The intermolecular forces of attraction that are present in solids are very strong. The constituent particles of solids cannot move from their positions i.e., they have fixed positions. However, they can oscillate about their mean positions. This is the reason that solids are rigid. 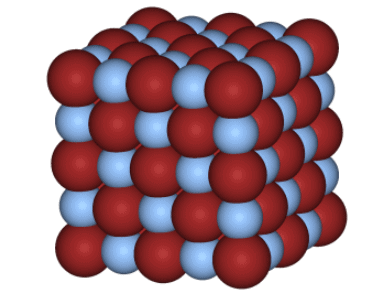 Q.1.4. Why is glass considered a supercooled liquid?

Ans: Similar to liquids, glass has a tendency to flow, though very slowly. Therefore, glass is considered as a supercooled liquid. This is the reason that glass windows and doors are slightly thicker at the bottom than at the top. 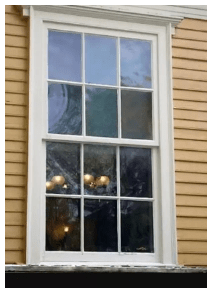 Q.1.5. Refractive index of a solid is observed to have the same value along all directions. Comment on the nature of this solid. Would it show cleavage property?

When an amorphous solid is cut with a sharp-edged tool, it cuts into two pieces with irregular surfaces.Q.1.6. Classify the following solids in different categories based on the nature of intermolecular forces operating in them:Potassium sulphate, tin, benzene, urea, ammonia, water, zinc sulphide, graphite, rubidium, argon, silicon carbide.Ans:

Q.1.7. Solid A is a very hard electrical insulator in solid as well as in molten state and melts at extremely high temperature. What type of solid is it?Ans: The given properties are the properties of a covalent or network solid. Therefore, the given solid is a covalent or network solid. Examples of such solids include diamond (C) and quartz (SiO2).Q.1.8. Ionic solids conduct electricity in molten state but not in solid state. Explain.Ans: In ionic compounds, electricity is conducted by ions. In solid state, ions are held together by strong electrostatic forces and are not free to move about within the solid. Hence, ionic solids do not conduct electricity in solid state. However, in molten state or in solution form, the ions are free to move and can conduct electricity.Q.1.9. What type of solids are electrical conductors, malleable and ductile?Ans: Metallic solids are electrical conductors, malleable, and ductile.Q.1.10. Give the significance of a ‘lattice point’.Ans: The significance of a lattice point is that each lattice point represents one constituent particle of a solid which may be an atom, a molecule (a group of atoms), or an ion.Q.1.11. Name the parameters that characterize a unit cell.Ans: Following parameters characterized  the unit cell:(a) Its dimensions along the three edges a, b, and c.These edges may or may not be equal.(b) Angles between the edgesThese are the angle ∝ (between edges b and c), β (between edges a and c), and γ (between edges a and b). 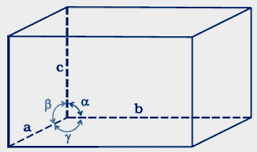 Parameters of a Unit Cell

Q.1.13. Explain how much portion of an atom located at the corner and body-centre of a cubic unit cell is part of its neighbouring unit cell.

Ans: (i) An atom located at the corner of a cubic unit cell is shared by eight adjacent unit cells.Therefore,

portion of the atom is shared by one unit cell.

According to the question, the atoms of element M occupy

of the tetrahedral voids. Therefore, the number of atoms of M is equal to

Thus, the formula of the compound is M2N3.Q.1.17. Which of the following lattices has the highest packing efficiency: (a) Simple cubic.(b) Body-centred cubic. (c) Hexagonal close-packed lattice.Ans: Hexagonal close-packed lattice has the highest packing efficiency of 74%. The packing efficiencies of simple cubic and body-centred cubic lattices are 52.4% and 68% respectively. Q.1.18. An element with molar mass 2.7 × 10-2 kg mol-1 forms a cubic unit cell with edge length 405 pm. If its density is 2.7 × 103 kg m−3, what is the nature of the cubic unit cell?Ans:  It is given that density of the element, d = 2.7 × 103 kg m−3

This implies that four atoms of the element are present per unit cell. Hence, the unit cell is face-centred cubic (fcc) or cubic close-packed (ccp).Q.1.19. What type of defect can arise when a solid is heated? Which physical property is affected by it and in what way?

Ans:-  When a solid is heated, vacancy defect can arise.

Example: When Sr2+  is added to NaCl, each Sr2+ ion replaces two Na ions. However, one Sr2+ ion occupies the site of one Na+  ion and the other site remains vacant. Hence, vacancies are introduced.Q.1.22. Ionic solids, which have anionic vacancies due to metal excess defect, develop colour. Explain with the help of a suitable example.Ans: The colour develops because of the presence of electrons in the anionic sites. These electrons absorb energy from the visible part of radiation and get excited.

Example: When crystals of NaCl are heated in an atmosphere of sodium vapours, the sodium atoms get deposited on the surface of the crystal and the chloride ions from the crystal diffuse to the surface to form NaCl with the deposited Na atoms. During this process, the Na atoms on the surface lose electrons to form Na+  ions and the released electrons diffuse into the crystal to occupy the vacant anionic sites. These electrons get excited by absorbing energy from the visible light and impart yellow colour to the crystals.Q.1.23. A group 14 element is to be converted into n-type semiconductor by doping it with a suitable impurity. To which group should this impurity belong?Ans: An n-type semiconductor conducts because of the presence of extra electrons. Therefore, a group 14 element can be converted to n-type semiconductor by doping it with a group 15 element.Q.1.24. What type of substances would make better permanent magnets, ferromagnetic or ferrimagnetic. Justify your answer.Ans: Ferromagnetic substances would make better permanent magnets.