The document Nervous Coordination In Animals Class 10 Notes | EduRev is a part of the Class 10 Course Science Class 10.
All you need of Class 10 at this link: Class 10

Neuron:
The structural and functional unit of nervous system.
Neuron (nerve cell) is the longest cell of human body (up to 100 cm)
Neuron is made up of -
(i) Cell body
(ii) Cell processes (axon and dendron)

(i) Cell body: or Cyton or Soma or Perikaryon

Differences between Axon and Dendron 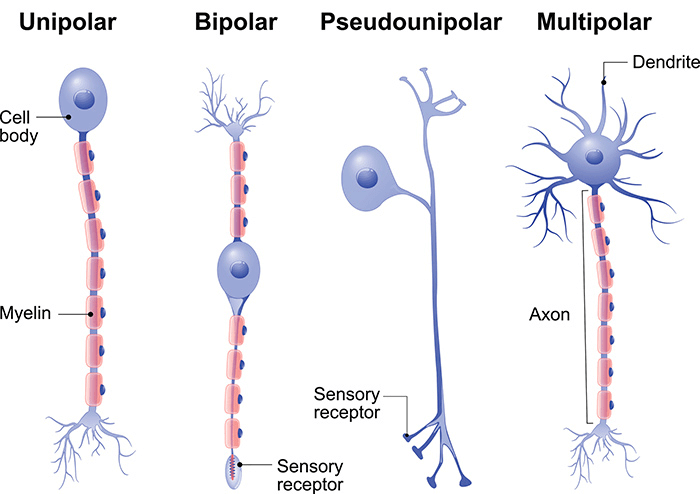 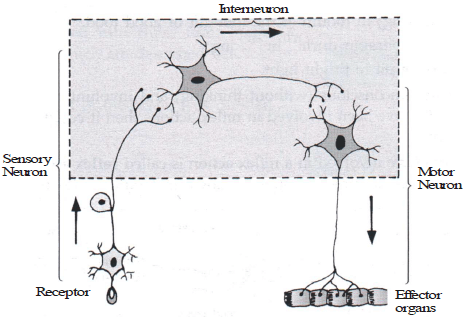 Synapse: The junction between two adjacent neurons i.e. between the axon ending of one neuron and dendrites of the next.

Nerve impulse: It is an electro-chemical information (signal) passing through neuron.

Neurotransmitters or Neurohormones- Chemical substances which either transmit or inhibit the message from one neuron to another.