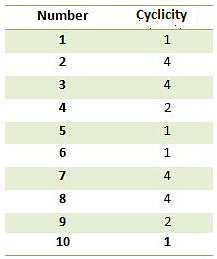 Table: Showing the Unit Digit of a Number for Different Exponents

➢ Sum of the Factors of a Number

Example 2: Find the largest power of 3 that can divide 95! without leaving any remainder.

The same can be done in a simpler manner, also, which is explained below:

➢ Multiplying the Last Two-Digit of the Exponents in Ten Seconds 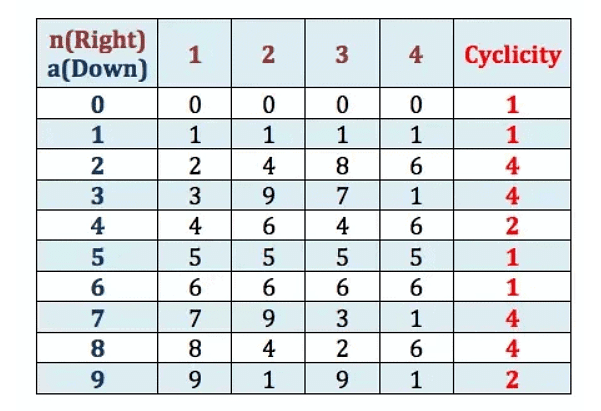 Last digit / unit's digit of an