The document Physical and Chemical Changes and Separating Components Class 9 Notes | EduRev is a part of the Class 9 Course Science Class 9.
All you need of Class 9 at this link: Class 9

Separating the Components of a Mixture

1. Separation of Coloured Components (Dye) from Blue or Black Ink

Thus we can separate the volatile component (Solvent) from its non-volatile solute by the method of evaporation.

2. Separation of Cream from Milk

3. Separation of a Mixture of Two Immiscible Liquids

4. Separation of a Mixture of Common Salt and Ammonium Chloride

5. Separation of Coloured Constituents present in a mixture of Ink and Water

➢ Separation of the 'Dyes' in Black Ink by Paper Chromatography When the water reaches near the top end of the filter paper strip, the paper strip is removed from the jar and dried. The paper with its separate coloured spots is called a chromatogram.

6. Separation of a Mixture of Two Miscible Liquids

➢ Separate a mixture of Ethyl Alcohol and Water

7. Separation of the Gases of the Air

➢ Separation of Components of Air

8. Separation of Pure Copper Sulphate from an Impure Sample

The process involved in obtaining pure copper sulphate from its impure sample is crystallisation.

9. Supply of Drinking Water in a City

The purification of river water or lake water is done in the following steps: 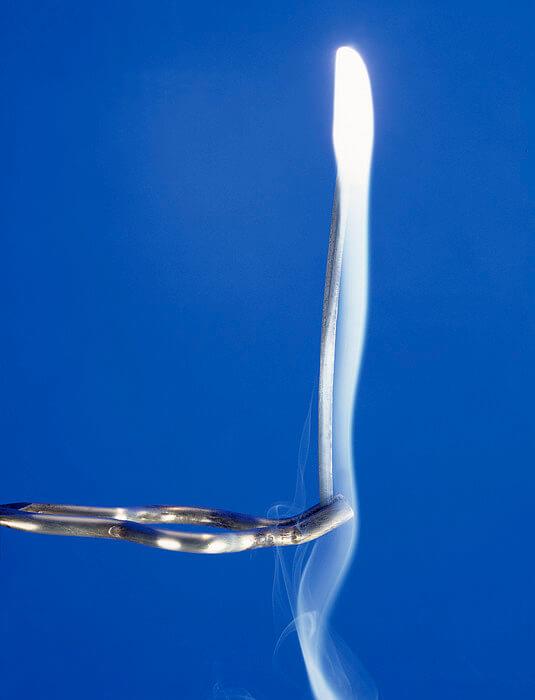 3. Differences between Physical and Chemical Changes