Power Electronics is a field which combines Power (electric power), Electronics and Control systems.Power engineering deals with the static and rotating power equipment for the generation, transmission and distribution of electric power.Electronics deals with the study of solid state semiconductor power devices and circuits for Power conversion to meet the desired control objectives (to control the output voltage and output power).Power electronics may be defined as the subject of applications of solid state power semiconductor devices (Thyristors) for the control and conversion of electric power.Power electronics deals with the study and design of Thyristorised power controllers for variety of application like Heat control, Light/Illumination control, Motor control - AC/DC motor drives used in industries, High voltage power supplies, Vehicle propulsion systems, High voltage direct current (HVDC) transmission.

The first Power Electronic Device developed was the Mercury Arc Rectifier during the year 1900. Then the other Power devices like metal tank rectifier, grid controlled vacuum tube rectifier, ignitron, phanotron, thyratron and magnetic amplifier, were developed & used gradually for power control applications until 1950.The first SCR (silicon controlled rectifier) or Thyristor was invented and developed by Bell Lab's in 1956 which was the first PNPN triggering transistor.The second electronic revolution began in the year 1958 with the development of the commercial grade Thyristor by the General Electric Company (GE). Thus the new era of power electronics was born. After that many different types of power semiconductor devices & power conversion techniques have been introduced.The power electronicsrevolution is giving us the ability to convert, shape and control large amounts of power.

SOME APPLICATIONS OF POWER ELECTRONICSIt is literally impossible to list all the applications of power electronics today; it has penetrated almost all the fields where electrical energy is in the picture. This trend is an ever increasing one especially with present trends of new devices and integrated design of power semiconductor devices and controllers. The ease of manufacturing has also led to availability of these devices in a vast range of ratings and gradually has appeared in high voltage and extra high voltage systems also. The day is not far when all of the electrical energy in the world will pass through power electronic systems.Below is an attempt to briefly present the diaspora of power electronics. 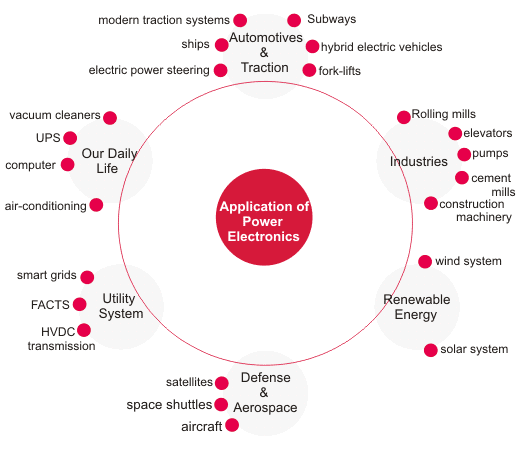 The Thyristors can be subdivided into different types:

The diodes have the following advantages:

Power transistors are devices that have controlled turn-on and turn-off characteristics. These devices are used a switching devices and are operated in the saturation region resulting in low on-state voltage drop. They are turned on when a current signal is given to base or control terminal. The transistor remains on so long as the control signal is present. The switching speed of modern transistors is much higher than that of thyristors and are used extensively in dc-dc and dc-ac converters. However their voltage and current ratings are lower than those of thyristors and are therefore used in low to medium power applications.

Power transistors are classified as follows

The need for a large blocking voltage in the off state and a high current carrying capability in the on state means that a power BJT must have substantially different structure than its small signal equivalent. The modified structure leads to significant differences in the I-V characteristics and switching behavior between power transistors and its logic level counterpart.

If we recall the structure of conventional transistor we see a thin p-layer is sandwiched between two n-layers or vice versa to form a three terminal device with the terminals named as Emitter, Base and Collector.The difference in the two structures is obvious.A power transistor is a vertically oriented four layer structure of alternating p-type and n-type. The vertical structure is preferred because it maximizes the cross sectional area and through which the current in the device is flowing. This also minimizes on-state resistance and thus power dissipation in the transistor.The doping of emitter layer and collector layer is quite large typically 1019 cm-3. A special layer called the collector drift region (n-) has a light doping level of 1014.The thickness of the drift region determines the breakdown voltage of the transistor. The base thickness is made as small as possible in order to have good amplification capabilities, however if the base thickness is small the breakdown voltage capability of the transistor is compromised.

Practical power transistors have their emitters and bases interleaved as narrow fingers as shown. The purpose of this arrangement is to reduce the effects of current crowding. This multiple emitter layout also reduces parasitic ohmic resistance in the base current path which reduces power dissipation in the transistor. 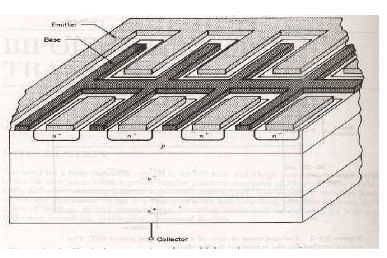 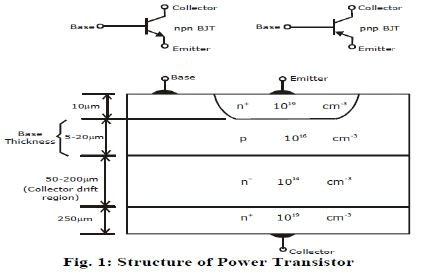 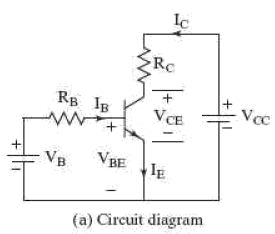 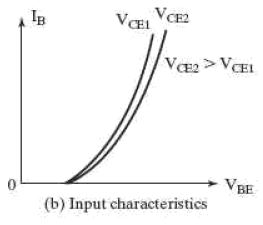 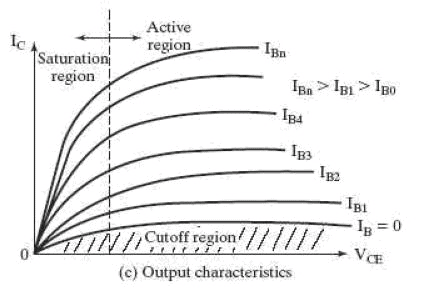 There are four regions clearly shown: Cutoff region, Active region, quasi saturation and hard saturation. The cutoff region is the area where base current is almost zero. Hence no collector current flows and transistor is off. In the quasi saturation and hard saturation, the base drive is applied and transistor is said to be on. Hence collector current flows depending upon the load. The power BJT is never operated in the active region (i.e. as an amplifier) it is always operated between cutoff and saturation. The BVSUS is the maximum collector to emitter voltage that can be sustained when BJT is carrying substantial collector current. The BVCEO is the maximum collector to emitter breakdown voltage that can be sustained when base current is zero and BVCBO is the collector base breakdown voltage when the emitter is open circuited 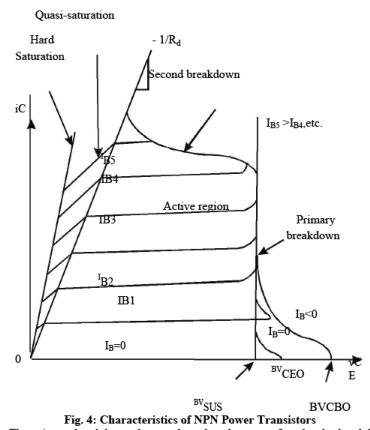 The electrical circuit and the transfer characteristics of transistor are shown above.