Q 2. Distinguish between Khadar and Bangar. Name any two states where alluvial soils are found.

Resource planning is the proper and judicious planning of resources. Three processes are involved. Resources are put to use according to availability and needs for the development of the Economy.The three processes are:(a) Identification and inventory of resources across various regions of the country. It involves surveying, mapping, qualitative and quantitative estimation, and measurement of the resources.(b) Evolving a planning structure, endowed with appropriate technological skill and institutional setup for implementing resource development plans.(c) Synchronizing the resource development with overall national development plans.

Q 5. Explain what is meant by national resources and individual resources?

National Resources: Technically all resources belong to the nation. The country has legal powers to acquire even private property for the public good. All the minerals, water, forest, wildlife, land without the political boundary, and oceanic area up to 12 Nautical miles from the coast are National Resources.Individual Resources: The resources that are owned by individuals - like farming own farms, residential plots, plantation, and all household goods, etc.

Q 6. Explain the resources on the basis of origin and exhaustibility.

Resources on the basis of origin:

Resources on the Basis of Exhaustibility:

The denudation of the soil cover and subsequent washing down is described as soil erosion.Two human factors leading to soil erosion are:

Q 8. Explain any three steps that can be taken to solve the problem of land degradation?

(a) Contour Ploughing: Ploughing along the contour lines can decelerate the flow of water down the slopes. 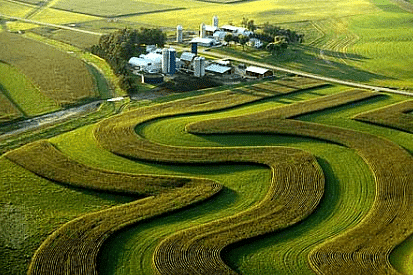 (c) Strip cropping: Large fields can be divided into strips. Strips of grass are left to grow between the crops. This breaks up the force of the wind reducing its effect.

Q 9. Explain the role of humans in resource development.

Q 10. Explain the importance of the conservation of resources.

Conservation of resources is necessary because of the following reasons:

(a) Resources are vital for any developmental activity but irrational consumption and overutilization of resources may lead to socio-economic and environmental problems. To overcome these problems, resource conservation at various levels is important.

(b) If resources are not conserved at this point in time, then our future generations will be left with no resources at all. So it is very important to think about the conservation of resources.

Q 11. Why is it important to raise the land area under forests?

It is very important to raise the area under forest because forests are essential for the maintenance of the ecological balance. The livelihood of millions of people who live on the fringes of these forests depends upon it. Forest also provides a number of goods that are required for industry and medicines etc. Forest also helps in soil conservation and rainfall.

Q 12. Describe any three main characteristics of the arid soil of India.

Characteristics of Arid soils in India are:

Q 13. Highlight any three problems associated with the indiscriminate use of resources by human beings.

Indiscriminate use of resources creates the following problems:

The resultant threat to ecology and the environment has put the future of our planet in danger. Natural disasters have become very frequent. Many species of flora and fauna have already become extinct.

Q 14. “Consequences of environmental degradation do not respect national or state boundaries.” Justify the statement.

As the environment belongs to the Earth, its impact felt by the whole planet. For example, if carbon dioxide is being released by some rich countries global warming is affecting the lives of all the people on the planet. Air pollution moves along with air and cannot be restricted to any place or country.

Ozone layer depletion has serious consequences for people all over the world.

Q 15. Describe any three types of soil available in India.

Three important soils of India are:

Q 16. What steps can be taken to control soil erosion in hilly areas?

Q 18. “India’s vast and diverse size is the most important resource.” Support the statement.

India has land under a variety of relief features such as plains, plateaus, mountains, and islands. About 43 per cent of land areas are plain, which provides facilities for agriculture and industry. Mountains account for 30 per cent of the total surface area of the country and ensure the perennial flow of some rivers, provide facilities for tourism and ecological aspects. About 27 per cent of the area is the plateau region. It possesses rich reserves of minerals, fossil fuels, and forests.

The three measures of soil conservation are:

(a) Contour ploughing: ploughing along the contour lines can lead to soil conservation.

(c) Creating shelterbelts: planting of trees to create shelter. Rows of such trees are called shelterbelts.

What are the reasons for land degradation? Describe any four measures to conserve land.

Continuous use of land over a prolonged period of time, without taking necessary steps to conserve and manage it, has resulted in land degradation, i.e., qualitative degradation of land. The quality of the land becomes poorer due to gradual loss of fertility due to unplanned use. Unplanned use and over-exploitation by humans have led to the degradation of land and have also aggravated the pace of natural forces to cause damage to the land. 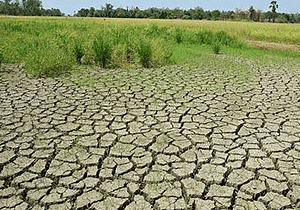 The problem of land degradation may be tackled by adopting certain measures to conserve land:

(a) Afforestation or large-scale plantation of trees and proper management of grazing.

(b) Planting of shelterbelts of plants and stabilization of sand dunes by growing thorny bushes in windy, arid areas like a desert of Rajasthan.

(c) Proper management of wasteland and control of mining activities.

(d) Proper discharge and disposal of industrial effluents and waste after treatment in industrial and suburban areas.

Resource planning is the widely accepted strategy for judicious use of resources.It is a complex process that involves:

(i) Identification and inventory of resources across the regions of the country through surveying, mapping, and qualitative and quantitative estimation and measurement of resources.

Q 3. Explain any four human activities which are mainly responsible for land degradation in India.

Continuous use of land over a prolonged period of time without taking necessary steps to conserve and manage it has resulted in land degradation.

Four human activities responsible for land degradation in India are as follows:

Q 4. Give the importance of soil. Explain any three factors responsible for soil formation.

Soil is the medium of plant growth and supports different types of living organisms, including animals and human beings, by providing them with food for their survival. Human existence and settlement are determined by soil fertility as it determines the agricultural productivity of an area. Soil determines the natural vegetation and type of crop production of an area. It also influences the land use of an area. Areas of fertile soil are agriculturally productive and densely populated. It is one of the most important renewable natural resources. Relief, nature of parent rock or bedrock, climate, vegetation, and other forms of life (especially decomposers), and time are important factors in the formation of soil.

The three most important factors of soil formation are:

Q 5. Classify resources on the basis of ownership into four categories. Mention the main features of each.

On the basis of ownership, resources can be classified into the following categories:

(c) National Resources mean all resources owned by a nation. All the forests, wildlife, minerals, water resources, land within the political boundaries of a nation, and oceanic area up 12 nautical miles, i.e., 19.2 km, from the coast termed as territorial water, and resources therein belong to the nation and are termed as national resources.

(d) International Resources are under the jurisdiction and regulation of international organizations. The oceanic resources beyond 200 km of the Exclusive Economic Zone belong to open oceans and no individual country can utilize these without the concurrence of international institutions, e.g. manganese nodules in the bed of the Indian Ocean.