The document Punctuations - Introduction and Rules, Part 4, Verbal Aptitude Verbal Notes | EduRev is a part of the CAT Course Verbal Aptitude.
All you need of CAT at this link: CAT

There are two commandments about this misunderstood punctuation mark. First, hyphens must never be used interchangeably with dashes, which are noticeably longer. Second, there should not be spaces around hyphens.

Hyphens' main purpose is to glue words together. They notify the reader that two or more elements in a sentence are linked. Although there are rules and customs governing hyphens, there are also situations when writers must decide whether to add them for clarity.

Rule 1. Generally, hyphenate two or more words when they come before a noun they modify and act as a single idea. This is called a compound adjective.

When a compound adjective follows a noun, a hyphen is usually not necessary.

Example: The apartment is off campus.

However, some established compound adjectives are always hyphenated. Double-check with a dictionary or online.

Example: The design is state-of-the-art.

Rule 2a. A hyphen is frequently required when forming original compound verbs for vivid writing, humor, or special situations.

Rule 2b. When writing out new, original, or unusual compound nouns, writers should hyphenate whenever doing so avoids confusion.

Examples:
I changed my diet and became a no-meater.
No-meater is too confusing without the hyphen.

The slacker was a video gamer.
Video gamer is clear without a hyphen, although some writers might prefer to hyphenate it.

Rule 3. An often overlooked rule for hyphens: The adverb very and adverbs ending in ly are not hyphenated.

This rule applies only to adverbs. The following two examples are correct because the ly words are not adverbs:

Rule 4. Hyphens are often used to tell the ages of people and things. A handy rule, whether writing about years, months, or any other period of time, is to use hyphens unless the period of time (years, months, weeks, days) is written in plural form:

No hyphens: The child is two years old. (Because years is plural.)

Exception: The child is one year old. (Or day, week, month, etc.)

Note that when hyphens are involved in expressing ages, two hyphens are required. Many writers forget the second hyphen:

Incorrect: We have a two-year old child.

Without the second hyphen, the sentence is about an "old child."

Rule 5. Never hesitate to add a hyphen if it solves a possible problem. Following are two examples of well-advised hyphens:

Rule 6. When using numbers, hyphenate spans or estimates of time, distance, or other quantities. Remember not to use spaces around hyphens.

Note: Most publishers use the slightly longer en dash instead of a hyphen in this situation.

Rule 7. Hyphenate all compound numbers from twenty-one through ninety-nine.

Rule 8a. Hyphenate all spelled-out fractions. But do not hyphenate fractions introduced with aor an.

Rule 8b. When writing out numbers with fractions, hyphenate only the fractions unless the construction is a compound adjective.

Rule 9a. Do not hyphenate proper nouns of more than one word when they are used as compound adjectives.

Rule 9b. However, hyphenate most double last names.

Rule 10. Many editors do not hyphenate certain well-known expressions. They believe that set phrases, because of their familiarity (e.g., high school, ice cream, twentieth century), can go before a noun without risk of confusing the reader.

However, other editors prefer hyphenating all compound modifiers, even those with low risk of ambiguity.

Examples:
a high-school senior
an ice-cream cone
a twentieth-century throwback

Rule 11. When in doubt, look it up. Some familiar phrases may require hyphens. For instance, is a book up to date or up-to-date? Don't guess; have a dictionary close by, or look it up online.

Hyphens with Prefixes and Suffixes

A prefix (a, un, de, ab, sub, post, anti, etc.) is a letter or set of letters placed before a root word. The word prefix itself contains the prefix pre. Prefixes expand or change a word's meaning, sometimes radically: the prefixes a, un, and dis, for example, change words into their opposites (e.g., political, apolitical; friendly, unfriendly; honor, dishonor).

Rule 1. Hyphenate prefixes when they come before proper nouns or proper adjectives.

Rule 2. In describing family relations, great requires a hyphen, but grand becomes part of the word without a hyphen.

Examples:
My grandson and my granduncle never met.
My great-great-grandfather fought in the Civil War.

Do not hyphenate half brother or half sister.

Rule 3. For clarity, many writers hyphenate prefixes ending in a vowel when the root word begins with the same letter.

Rule 4. Hyphenate all words beginning with the prefixes self-, ex- (i.e., former), and all-.

Rule 5. Use a hyphen with the prefix re when omitting the hyphen would cause confusion with another word.

Examples:
Will she recover from her illness?
I have re-covered the sofa twice.
Omitting the hyphen would cause confusion with recover.

I must re-press the shirt.
Omitting the hyphen would cause confusion with repress.

The stamps have been reissued.
A hyphen after re- is not needed because there is no confusion with another word.

Rule 6. Writers often hyphenate prefixes when they feel a word might be distracting or confusing without the hyphen.

Examples:
de-ice
With no hyphen we get deice, which might stump readers.

co-worker
With no hyphen we get coworker, which could be distracting because it starts with cow.

A suffix (y, er, ism, able, etc.) is a letter or set of letters that follows a root word. Suffixes form new words or alter the original word to perform a different task. For example, the noun scandal can be made into the adjective scandalous by adding the suffix ous. It becomes the verb scandalize by adding the suffix ize.

Rule 1. Suffixes are not usually hyphenated. Some exceptions: -style, -elect, -free, -based.

Rule 3. Use discretion—and sometimes a dictionary—before deciding to place a hyphen before a suffix. But do not hesitate to hyphenate a rare usage if it avoids confusion.

Although the preceding hyphens help clarify unusual terms, they are optional and might not be every writer's choice. Still, many readers would scratch their heads for a moment over danceathon and eelesque.

Dashes, like commas, semicolons, colons, ellipses, and parentheses, indicate added emphasis, an interruption, or an abrupt change of thought. Experienced writers know that these marks are not interchangeable. Note how dashes subtly change the tone of the following sentences:

Examples:
You are the friend, the only friend, who offered to help me.
You are the friend—the only friend—who offered to help me.
I pay the bills; she has all the fun.
I pay the bills—she has all the fun.
I wish you would … oh, never mind.
I wish you would—oh, never mind.

Rule 1. Words and phrases between dashes are not generally part of the subject.

Rule 2. Dashes replace otherwise mandatory punctuation, such as the commas after Iowa and 2013 in the following examples:

Rule 3. Some writers and publishers prefer spaces around dashes.

Example: Joe — and his trusty mutt — was always welcome.

An ellipsis (plural: ellipses) is a punctuation mark consisting of three dots.

Use an ellipsis when omitting a word, phrase, line, paragraph, or more from a quoted passage. Ellipses save space or remove material that is less relevant. They are useful in getting right to the point without delay or distraction:

Full quotation: "Today, after hours of careful thought, we vetoed the bill."

With ellipsis: "Today … we vetoed the bill."

Although ellipses are used in many ways, the three-dot method is the simplest. Newspapers, magazines, and books of fiction and nonfiction use various approaches that they find suitable.

Some writers and editors feel that no spaces are necessary.

Example: I don't know…I'm not sure.

Others enclose the ellipsis with a space on each side.

Still others put a space either directly before or directly after the ellipsis.

A four-dot method and an even more rigorous method used in legal works require fuller explanations that can be found in other reference books.

A common way to delete the beginning of a sentence is to follow the opening quotation mark with an ellipsis, plus a bracketed capital letter:

Example: "… [A]fter hours of careful thought, we vetoed the bill."

Other writers omit the ellipsis in such cases, feeling the bracketed capital letter gets the point across.

Rule 2. Ellipses can express hesitation, changes of mood, suspense, or thoughts trailing off. Writers also use ellipses to indicate a pause or wavering in an otherwise straightforward sentence.

The document Punctuations - Introduction and Rules, Part 4, Verbal Aptitude Verbal Notes | EduRev is a part of the CAT Course Verbal Aptitude.
All you need of CAT at this link: CAT
All Tests, Videos & Notes of CAT: CAT 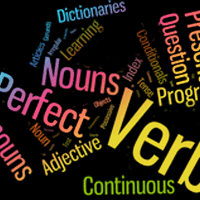